House Democrats on Monday released a package of tax increases that falls short of President ’s ambition, an acknowledgment of how politically precarious the White House’s $3.5 trillion economic agenda is for party moderates.

The Democratic proposal from the Ways and Means Committee would raise the top corporate tax rate from 21% to 26.5%, less than the 28% Biden had sought. The top rate on capital gains would rise from 20% to 25%, instead of the 39.6% Biden proposed. Including a 3.8% Medicare surtax on high earners, the top capital gains rate would be 28.8%.

The proposed tax increases would raise revenue by $2.1 trillion over 10 years, according to Congress’s official scorekeeper. When tax breaks are taken into account, the Ways and Means plan would provide $871 billion in net new revenue to be used for other spending priorities, the Joint Committee on Taxation said.

The package of proposals is slimmed down to appeal to business-minded Democrats, many of whom represent swing districts. And Democratic negotiators, who need the party’s full support to push Biden’s agenda through Congress, will almost certainly pare them down further in the weeks ahead. 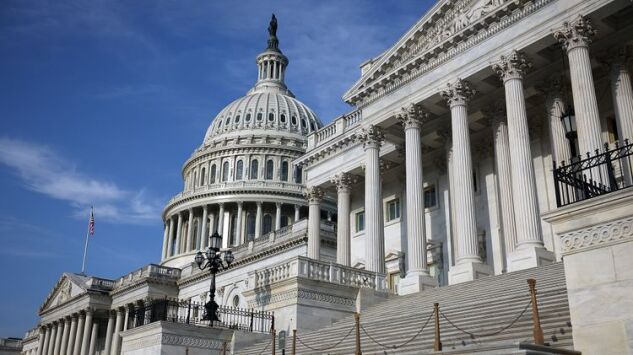 After some details were reported on Sunday, the corporate tax hike -- pared back though it was -- drew immediate fire from conservatives, a preview of the tussle ahead as the House Ways and Means Committee prepares to meet Tuesday to debate the tax portion of the broader economic package.

Senate Majority Leader on Monday said Democrats are pursuing “far-left policies” and combining them with “staggering tax hikes that would kill jobs, hurt families, and crush our competitiveness with the Chinese.”

With thin majorities in both chambers, Democrats can afford just three defections in the House and none in the Senate as they use a process called budget reconciliation that allows them to bypass Republicans.

On Sunday, West Virginia Senator , a moderate Democrat whose vote is crucial in the evenly split upper chamber, renewed his objections to the $3.5 trillion reconciliation plan. He said he can’t support the price tag, doesn’t see the urgency for moving ahead with it now and is concerned about inflation and the impact of higher corporate taxes on U.S. competitiveness.

Manchin, speaking on CNN’s “State of the Union,” floated a roughly $1.5 trillion headline number for the package.

White House spokesman Andrew Bates said Sunday that the Ways and Means proposal “meets two core goals the president laid out at the beginning of this process -- it does not raise taxes on Americans earning less than $400,000 and it repeals the core elements of the Trump tax giveaways for the wealthy and corporations that have done nothing to strengthen our country’s economic health.”

The Ways and Means panel and others in the House have already passed or have introduced major spending portions of the Democrats’ plan to remake the U.S. safety net, including a multiyear extension of an expanded child tax credit, paid family medical leave, universal pre-kindergarten and two free years of community college.

Ways and Means Democrats proposed raising the top individual income tax rate to 39.6%, as sought by Biden. The Democrats also provided a 3% surtax on individuals with adjusted gross income of more than $5 million, a proposal not included in Biden’s plans released earlier this year.

In addition, Democrats propose to raise $252 billion by expanding the net investment income tax to cover income derived in the ordinary course of business for wealthy taxpayers.

Notably absent from the package, for now, is any discussion of lifting the $10,000 cap on the state and local tax deduction, raising questions about the fate of that costly proposal, though lawmakers could add an amendment later.

New Jersey Representative , a moderate Democrat who wants to scrap the so-called SALT cap, said Monday that leadership was aware that, in his view, “no SALT, no dice.”

“If SALT isn’t included in there, and reinstated, it will be hard to get this bill passed,” Gottheimer said in an interview with CNBC. “Everyone is well aware of that. I know our leadership is aware of that.”

The Ways and Means package also omitted Biden’s proposal to impose capital gains taxes on appreciated assets held by wealthy individuals until death, ending a benefit known as “step-up in basis.” Republicans, and even some Democrats, have expressed concern about the proposal’s ability to hurt family farms and businesses, despite the president’s promises to include protections for them.

(Updates with McConnell, in seventh and eighth paragraphs)