House Democrats are set to propose raising the top corporate tax rate to 26.5%, people familiar with the matter said, among other plans that fall short of President ’s ambitions in a bid to help improve chances of passing a major social-spending package.

Democrats on the House Ways and Means Committee are looking to new taxes for cryptocurrency and tobacco to help pay for Biden’s $3.5 trillion economic plan, which the committee document estimates would be fully paid for under its plan.

Democrats are proposing an increase in the corporate rate that’s currently 21%, offering less than the 28% Biden sought, the people said on condition of anonymity because the measures aren’t public yet. The top rate on capital gains would rise from 20% to 25%, instead of the 39.6% Biden proposed that would have been equal to a new top rate on regular income, the people said. 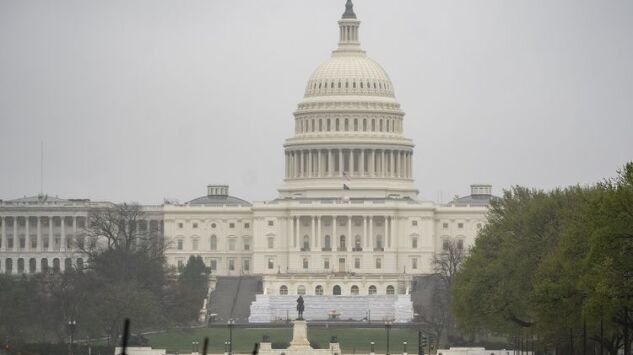 Democrats are also proposing a 3% surtax on individuals with adjusted gross income in excess of $5 million and to treat cryptocurrency the same as other financial instruments, raising an estimated $16 billion.

A document circulating among members of both parties and obtained by Bloomberg cites preliminary estimates that the new proposals would raise $2.9 trillion in revenue when combined with $700 billion in revenue and cost savings from Medicare drug price changes. To fully pay for the president’s plan, the proposal factors in $600 billion from the estimated economic growth effects of the spending increase.

The proposal would also raise an estimated $16 billion by limiting deductions for executive compensation and $96 billion by higher taxes on tobacco and nicotine products, including e-cigarettes.

And the proposal would cut in half the $23.4 million estate and gift tax exemption for married filers on Dec. 31, 2021, four years earlier than set in the tax cuts passed under former President Donald Trump.

The Ways and Means proposal “meets two core goals the President laid out at the beginning of this process -- it does not raise taxes on Americans earning under $400,000 and it repeals the core elements of the Trump tax giveaways for the wealthy and corporations that have done nothing to strengthen our country’s economic health,” White House spokesman Andrew Bates said in a statement.

Notably absent from the document is any discussion of lifting the $10,000 cap on the state and local tax deduction, raising questions about the fate of that costly proposal.

New Jersey Representative , a moderate Democrat who wants to scrap the so-called SALT cap, said Monday that leadership was aware that, in his view, “no SALT, no dice.”

“If SALT isn’t included in there, and reinstated, it will be hard to get this bill passed,” Gottheimer said in an interview with CNBC. “Everyone is well aware of that. I know our leadership is aware of that.”

While the numbers are still subject to change before the proposal is officially released, such scaled-back plans would amount to an acknowledgment that even higher rates would have a tough time getting through Congress after some moderate Democrats expressed objections. With thin majorities in both chambers, Democrats can afford just three defections in the House and none in the Senate as they use a process called budget reconciliation that allows them to bypass Republicans. 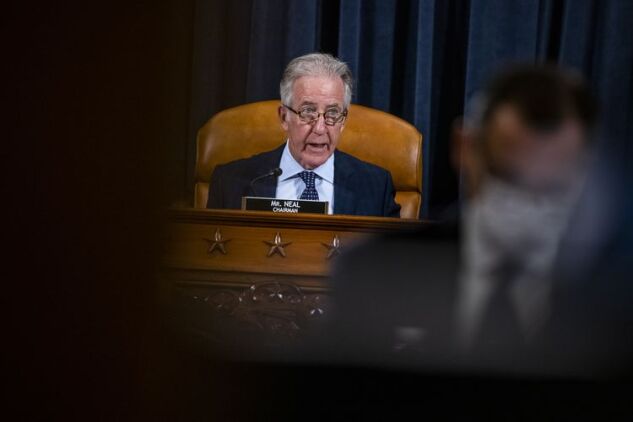 A spokesperson for Ways and Means Committee Chairman didn’t respond to a request for comment Sunday. The panel is set to debate the tax portions of the bill Tuesday and Wednesday.

Earlier Sunday, West Virginia Senator , a moderate Democrat whose vote is crucial in the evenly split upper chamber, to the $3.5 trillion tax-and-spending reconciliation plan. He said he can’t support the price tag, doesn’t see the urgency and is concerned about inflation and the impact of higher corporate taxes on U.S. competitiveness.

Manchin, speaking on CNN’s “State of the Union,” floated a roughly $1.5 trillion headline number for the package.

Democrats want to raise the rate “higher than communist China’s 25% and higher than the developed world average of 23.5%,” and U.S. state corporate income taxes average another 4% to 5% on top, the group said in a statement.

The Ways and Means panel and others in the House have already passed or have introduced major spending portions of the Democrats’ plan to remake the U.S. safety net, including a multiyear extension of an expanded child tax credit, paid family medical leave, universal pre-K and two free years of community college.

Ways and Means Democrats are expected to propose raising the top individual income tax rate to 39.6%, as sought by Biden, the people said. By contrast, the 3% surtax proposal wasn’t part of Biden’s plans released earlier this year.

Other proposals may fall short of what Biden wants.

One change being contemplated is increasing the holding period for carried interest from three to five years, the people said, which would weaken a tax break rather than eliminating it entirely.

The carried interest tax break lets some private equity and hedge fund managers pay lower taxes on their pay. The 2017 Republican tax law required investment funds to hold their assets for more than three years instead of one year. 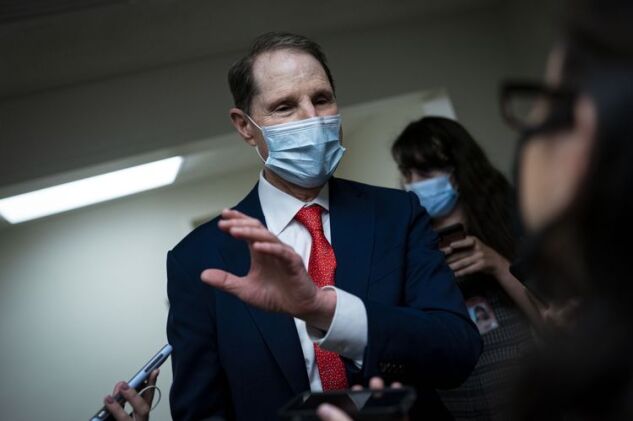 Senate Democrats have already been planning for the possibility of scaling back some of Biden’s proposals by focusing revenue-raising efforts more toward businesses than individuals.

On Friday, Senate Finance Committee Chairman introduced two new proposals likely to be included in the Senate’s overarching bill later this month: an overhaul of tax treatment for business partnerships and a 2% excise tax on stock buybacks that was co-sponsored by Senate Banking Committee Chairman of Ohio.

Such proposals are seen as less politically risky than the 28% corporate income tax rate the White House wants, since multiple Democratic senators have said they prefer a corporate rate closer to 25%, while generating other revenue to make up the difference.

(Adds Gottheimer comment on SALT cap, starting in 10th paragraph. An earlier version corrected the estate and gift tax exemption in seventh paragraph to $23.4 million, instead of $24,000.)