The tax levied on estates of wealthier Americans upon death brings in a relatively small amount of money -- about $13.2 billion in 2019, less than one one-hundredth of what was raised through individual income taxes ($1.7 trillion). But the estate tax fuels passions on both sides of America’s political divide at a level far in excess of the dollar figures. President Joe Biden wants to give more teeth to the tax on multimillion-dollar estates and is expected to propose raising the rate while cutting the amount that wealthy families can pass on to heirs tax-free by more than half.

1. How does the estate tax work?

The tax applies to the transfer of property -- cash and securities, real estate, insurance, trusts, annuities and business interests -- at death. The vast majority of Americans of the wealth required to trigger the tax; for those who do meet those thresholds, the tax can reach 40%. The 2017 tax overhaul that was President ’s signature legislative achievement doubled the amount that wealthy people can pass to their heirs tax-free. In 2021, an individual can leave $11.7 million to heirs without the estate tax kicking in; for a married couple, that amount doubles. The estate tax changes in the 2017 law are set to expire at the end of 2025.

2. How many Americans does this effect?

In 2019, the latest year for which IRS data is available, 2,570 estates paid any tax, fewer than one out of every 1,000 people who died. The data come from estate tax returns filed in 2019, which typically correspond to 2018 deaths.

3. What does Biden want to do?

He is expected to propose a significant estate tax hike to help pay for increased social spending under his forthcoming American Families Plan. As a candidate, he pledged to restore the estate tax rate and threshold to 2009 levels. Back then, the tax kicked in when the value of an estate surpassed $3.5 million, and top rate was 45%. Biden also a currently allowed tax adjustment known as step up in basis, which minimizes owed on property that’s passed to an heir. 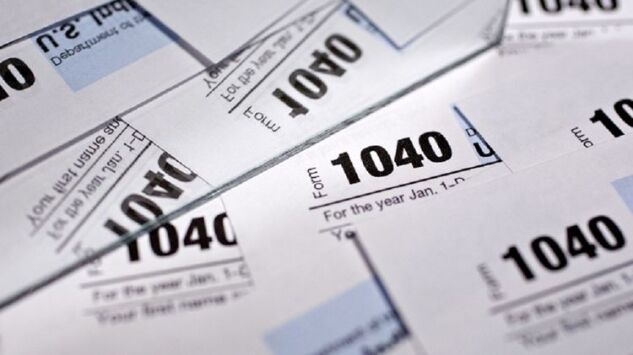 WATCH: President Joe Biden is targeting millionaires and billionaires with tax increases that could push rates to levels not seen in four decades.
Source: Bloomberg)

4. What would repealing step up in basis mean?

It would mean that unrealized gains on all sorts of assets would become taxable at the owner’s death, even if they are being passed along to the next generation. Currently, when people die with stocks, real estate and other assets that grew in value during their lifetimes, heirs who inherit those assets don’t have to pay capital gains tax on any of the appreciation that occurred under the previous owner. The purchase price of the assets, which is used to determine capital gains tax liability, is adjusted -- “stepped up” -- to the current market value. No taxes are paid at death, and the eventual tax bill is much lower when the heirs finally sell the assets.

5. Why repeal that adjustment?

The Biden administration and Democratic lawmakers say it primarily benefits wealthy households. , Biden’s nominee for the top tax job at the Treasury Department, and , deputy director of the White House’s National Economic Council, published a paper in 2019 that said nearly 40% of the wealth of the top 1% comes from accrued and unrealized capital gains, citing data from the Federal Reserve Board. They also said the top 1% holds about half of all such unrealized gains. The Joint Committee on Taxation estimated that the current tax break for capital gains at death will allow taxpayers to save almost $42 billion this year.

6. Will Biden’s changes get enacted?

Not without a fight. The estate tax is a deeply partisan issue in Congress, where both parties see it as a symbol for larger policy goals. Democrats support expanding the tax as a way to lessen the growing gap between the rich and lower and middle classes. Republicans would like nothing more than to kill what they call the “death tax,” arguing that it’s punitive and has the potential to hurt family-owned businesses, ranches and farms. Prominent Republican senators including Minority Leader Mitch McConnell of Kentucky have proposed permanently repealing the estate tax. A group that opposes the estate tax, the Family Business Estate Tax Coalition, commissioned a report by EY that concluded eliminating the step-up in basis adjustment would reduce jobs and U.S. gross domestic product.

To contact the editors responsible for this story:
at cmurphy194@bloomberg.net