This week we look at royalties paid by IBM’s “alien affiliates"; what stood out in the final opportunity zone regulations; the risk of not reporting virtual currency transactions; the benefits of leasing instead of buying; country-by-country reporting—or not—in the EU; CFC legislation in Italy; what executives need to worry about in their compensation packages; the negatives of required retiree minimum distribution rules; and international investment in Ireland. We’ll hear from: 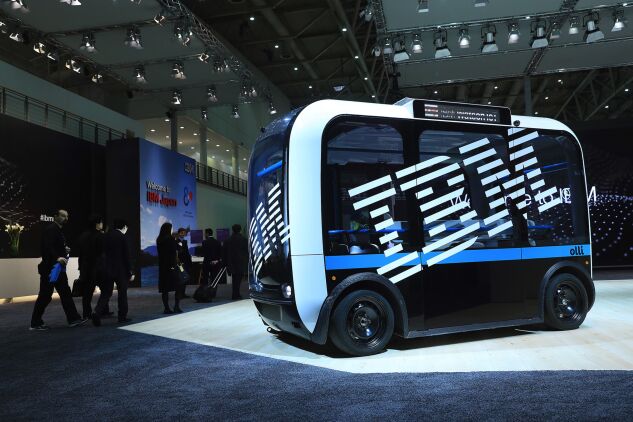 Forrest Milder of Nixon Peabody LLP walks us through highlights of the recently finalized Opportunity Zone regulations under tax code Section 1400Z-2. He praises the IRS for including a great deal of flexibility in these regulations, but he also cautions that many technical and transition rules will require very careful reading and application. Read: Highlights of the Final Opportunity Zone Regulations

Virtual currency transactions are coming under intense scrutiny by the Internal Revenue Service. As a result, U.S. persons who have engaged in virtual currency transactions and failed to properly report or pay tax on them should become U.S. tax compliant or face serious civil or criminal consequences. Alan Winston Granwell, Andrea Darling de Cortes, and Alexander R. Olama highlight what taxpayers need to know. Read: Virtual Currency—The Taxman Is Coming

In a previous Bloomberg Tax Insight, Bill Bosco of Leasing 101 explained why leasing is usually preferable to buying for most businesses. Joe Sebik of Siemens Corp. follows up with a lease-versus-own analysis from a tax perspective. Read: The Effect of Tax Reform on Equipment Financing

Andrew Parkes of Andersen Tax U.K. discusses how 12 EU countries, including Ireland, have blocked a proposed new rule that would have forced multinational companies to reveal how much profit they make and how little tax they pay in each of the 28 member states. Read: Country-by-Country Reporting—Can Member States Ever Agree?

The Italian CFC legislation has been amended, with effect from 2019, in order to implement the Anti-Tax Avoidance Directive (ATAD). Giovanni Rolle of WTS Global, Italy, looks at the main innovations and the departures from the EU implemented provisions. He also discusses whether, on the basis of the resulting rules, a solution can be envisaged for the unsolved issue of double taxation of CFC income in the case of indirect shareholdings. Read: New ATAD-based CFC Regime in Italy

As the new year begins, executives have a few things to be concerned about regarding their compensation packages in 2020. Dan Morgan of Blank Rome says these concerns include Democratic presidential candidate proposals, pending lawsuits challenging compensation packages, and changes to retirement plan minimum distribution rules. Read: Some Things For Executives to Be on the Lookout For in 2020

Bloomberg Tax contributors have been keeping us abreast of how various jurisdictions are addressing the tax treatment of royalties paid between related parties.

The General Court of the European Union recently annulled the European Commission’s decision that Starbucks’ advance pricing agreement with the Netherlands constituted unlawful state aid. Monique van Herksen of Simmons & Simmons explained why the outcome was not as reassuring as it might appear.

The Swiss legislature adopted tax reform at the federal level in May. The legislation included a patent box that allows for a tax benefit to be derived from the patent’s income. Fabian Berr, Nate Zahnd, and Niloufar Najafi of Ernst & Young LLP in Switzerland examined what the legislation means for multinational enterprises and the transfer pricing implications.

Perceptions of cronyism in partner pay structures is real. Consultant Hugh A. Simons looks at findings from a Major, Lindsey & Africa’s Partner Compensation Survey and suggests leaders use profit pools to circumscribe explicitly the funds over which they exercise discretion, and to articulate how the rewards are drawn. One benefit is that it enables a successful junior partner to earn more than senior partners. Read: Grumpy Partners and the Case for ‘Multi-Pool’ Comp Systems

(*Note: Your Bloomberg Tax login will be required to read the following content.)

Rental real estate activities may or may not qualify for the deduction under tax code Section 199A depending on whether they qualify as a trade or business. James M. Kehl of Weil, Akman, Baylin & Coleman, P.A. examines how IRS Revenue Procedure 2019-38 provides a safe harbor for some real estate enterprises.

To contact the editor responsible for this story: at ynagano@bloombergtax.com