Industries that missed out on in U.S. history are already lobbying to ensure they get a piece of the next one.

Restaurant owners are asking Congress for a new insurance program to cover pandemic-related losses. Hotel operators are pleading for larger loans. Renewable power developers want money to keep solar installers on the job. And the U.S. Chamber of Commerce is pitching its initiative to rebuild roads and bridges.

It’s a lobbying frenzy stoked by the $2 trillion spending bill signed by President on Friday to blunt economic damage from the coronavirus pandemic.

Lawmakers have made it clear further help is likely.

“What we’ve done now is emergency relief,” Senator , a Republican from Texas, said on . “If the crisis continues for substantially longer I have no doubt that the Congress will have to act yet again.” 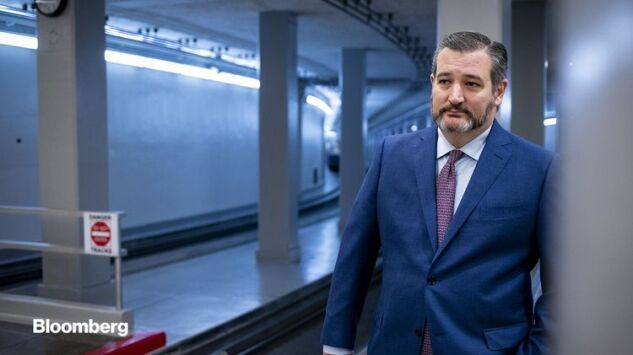 White House officials have compiled lists of requests from government agencies totaling roughly $600 billion, according to people familiar with the matter. The proposals include more state aid as well as financial assistance for mortgage markets and the travel industries.

House Speaker said on Monday she did not expect agreement on another bill before April 20 and vowed that a future package would do more to protect workers and help states.

“We are not coming back for a few weeks but I do think we can do our committee work in the meantime,” Pelosi told reporters on a conference call.

Here are some of the industries that will be in line when the legislation comes together:

Restaurateurs are looking to Congress to fill the gap for businesses that had business interruption insurance policies but haven’t been able to use them to cover Covid-19 claims. Many of those policies require a property to have suffered physical damage and some contain explicit exclusions for losses tied to viruses.

Sean Kennedy, executive vice president of public affairs of the , said the group may intensify calls for the federal government to create a federally-backed business interruption insurance program. The group supports creating a $100 billion initiative, akin to safeguards established for the airlines after the Sept. 11, 2001 terrorist attacks, that could be used to pay for coronavirus and other future pandemic-related claims.

Restaurants rely on business interruption insurance to weather “acts of God -- force majeure,” said Kennedy, whose group which represents thousands of restaurant owners and chains including and “If this pandemic isn’t a force majeure with the federal government, with state governments ordering that we’d be closed, I don’t know what is.”

Calls to raise the gas tax for Gateway, other projects

The next stimulus bill should be heavy on infrastructure spending with the construction season approaching, and it should include raising the federal gas tax to pay for it, said , a Republican and former transportation secretary under President who promotes infrastructure funding through the Building America’s Future coalition.

States have major projects underway or ready, and federal funds could finish them with state dollars used for other work, LaHood said. The bill should specifically provide money for the Gateway commuter rail tunnel under the Hudson River between New Jersey and Manhattan that has been embroiled in a dispute with the Trump administration over funding, LaHood added.

The chairman of the House Transportation and Infrastructure Committee, Democrat of Oregon, has already promised to “double down on an infrastructure package that repairs the breach left by years of neglect -- that rebuilds failing bridges, restores damaged highways and puts people to work on projects with jobs that cannot be exported.”

Trump on Tuesday, saying in a tweet that with interest rates close to zero, the time is right to enact a “very big and bold” $2 trillion infrastructure bill.

Stimulus packages during the 2008-2009 recession sought to finance “shovel-ready” projects, only to have Obama later concede that “there’s no such thing as shovel-ready projects” because of the long lead times needed for major work.

The best way to get projects done is to increase federal dollars for existing programs and funding streams, said , executive director of the .

“When you’ve got programs that you know already work, let’s utilize those to get the money out on the street as quickly as possible,” Tymon said.

Health organizations are asking the to start dispensing the emergency funds included in the rescue package signed into law Friday as soon as possible to help keep afloat hospitals, health centers, and doctors’ offices.

“More will need to be done to deal with the unprecedented challenge of this virus,” the head of the American Hospital Association, Rick Pollock, said in a statement.

Hospitals and surgery practices in particular have been warning they’re short of cash needed to pay staff partly due to the halt on most elective surgeries, which are more lucrative than emergency services typically related to treatment for Covid-19.

Hotel groups want loans of up to 400% of costs

The is pushing lawmakers to lift a cap on small business loans that was set at 250% of monthly payroll last week. The trade group wants the threshold raised to 400% of operating costs -- a sum it says is needed so that owners can both pay employees and pay off their debts as travel business slowly returns.

“We view the bill that just passed as a relief package and in all likelihood we’re really going to have to probably seek replenishment and extension.”

While the package passed last week set aside more than $70 billion to airlines and airports, some portions of the aviation industry weren’t included and may be asking for money in future legislation. For example, there are 256 towers at smaller U.S. airports operated by private companies that could seek federal assistance.

A Trump administration plan to spend $3 billion buying as much as 77 million barrels of crude oil for the nation’s Strategic Petroleum Reserve was cut from last week’s legislation, after Democrats made clear they would in exchange.

That same trade could arise in another round, and lobbyists for electric vehicles, power storage companies and renewable electricity developers are already preparing.

Wind and solar developers are asking for more time to get projects in service and still collect the full value of renewable energy tax credits that are set to begin phasing down next year.

Some renewable advocates are asking Congress to allow companies to take direct payments from the Treasury in lieu of the existing tax credits, an approach that was used after the financial crisis a decade ago. They say the flexibility is needed as tax equity markets dry up, blunting the effectiveness of existing credits used to finance wind farms and solar arrays.

“Companies are in dire need of emergency relief,” said , chief operating officer for the .

Other clean energy advocates are looking for Congress to heighten spending on weatherization, efficiency and research and development programs.

The nuclear power industry is seeking a 30% tax credit for some expenditures converted into grants among other aid, citing “severe financial strain” being experienced among utilities and reactor operators, according to the Washington-based .

The trade association representing auto parts manufacturers intends to ask lawmakers to provide relief from tariffs on steel and aluminum products as well as imports from China, said , senior vice president of government affairs at the .

At a minimum, lawmakers should extend current exemptions to those tariffs for one year so that companies that have obtained waivers already don’t have to re-apply, the association’s president, Bill Long, said in a March 18 letter.

MEMA and the Alliance for Automotive Innovation, which represents nearly every major automobile manufacturer, had asked lawmakers to provide loans and loan guarantees as vehicle production comes to a standstill.

While the stimulus plan put “very important credit facilities and other programs in place” to help dealers, automotive suppliers and manufacturers, “we’re going to keep looking at the situation and we’ll have to see what more might be required,” said , president of the alliance.

Local broadcasters slammed by an abrupt slowdown in advertising say they, too, will seek relief in coming legislation.

“The carnage in the local ad business is the worst in decades, if not ever,” said , spokesman for the . “Some radio and TV stations are not going to survive without additional steps.”

“The rapid contraction of advertising markets is dealing a brutal blow,” the News Media Alliance and America’s Newspapers said in a letter to Trump and congressional leaders. “While many publishers have seen increases in online traffic and digital subscriptions, the additional revenue has in no way made up for the sharp losses in ad revenue.”

States as well will be lining up for aid.

Maryland Governor , who serves as the head of the , said Monday he has requested that “half of the next stimulus package go to states.”

“No one in the country has enough gear,” Hogan said at a press conference Monday. “Every governor in America is concerned about that.”

House Democrats -- including Pelosi -- already indicated that they would be receptive.

(Updates with Trump tweet on infrastructure in 18th paragraph and section on hospital aid.)

To contact the editors responsible for this story:
at jmorgan97@bloomberg.net