The headquarters of the world’s largest companies by revenue continue to shift away from the U.S. Brandon Pizzola, Robert Carroll, and James Mackie III of EY’s Quantitative Economics and Statistics group analyze the latest statistics.

The headquarters of the world’s largest companies by revenue continue to shift away from the U.S. and other G7 countries, driven largely by China’s growth in the world economy. Specifically, the number of Fortune Global 500 (FG500) companies–the 500 largest companies by revenue in the world—that are headquartered in the G7 (Canada, France, Germany, Italy, Japan, the U.K. and the U.S.), declined from 420 in 2000 to 269 in 2019.

A significant driver of the FG500 changes in headquarters locations is the growing presence of China. Between 2000 and 2019, the number of FG500 companies with their headquarters in China grew from 10 to 119. Much of this is due to the growth of China’s state-owned enterprises (SOEs), 82 of which were in the FG500 in 2019 compared to 9 in 2000.

Many factors can affect a company’s choice of headquarters location, such as a country’s regional economic growth and stability, local infrastructure, regulatory environment, labor availability and productivity, transportation and other input costs, and tax policies. Table 1 compares how headquarters locations and the top statutory corporate income tax rates have shifted from 2000 to 2019, during which time there have been significant changes in countries’ statutory corporate income tax rates. 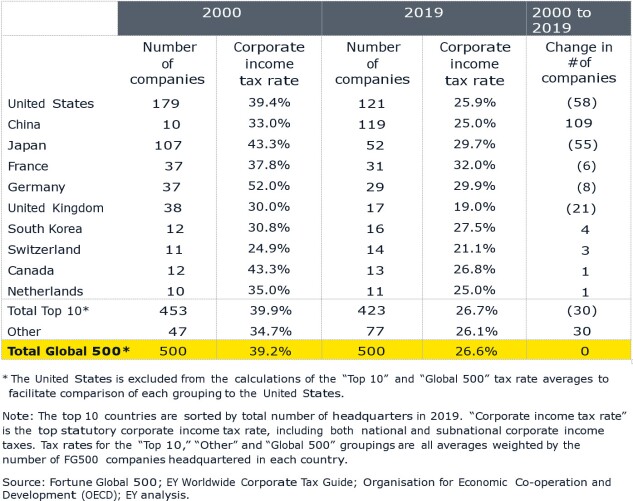 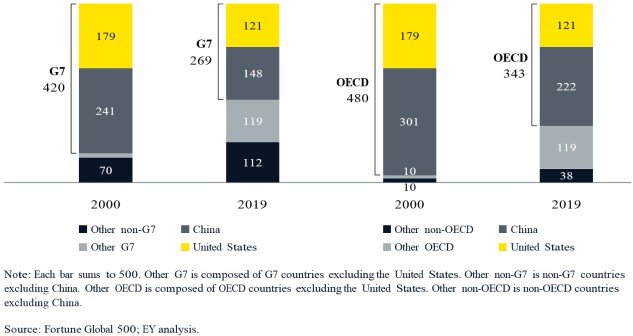 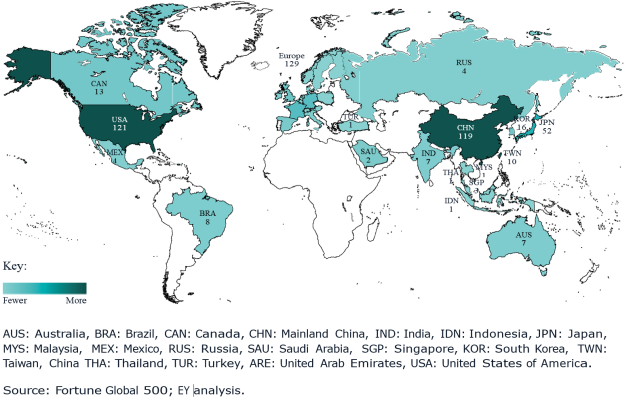 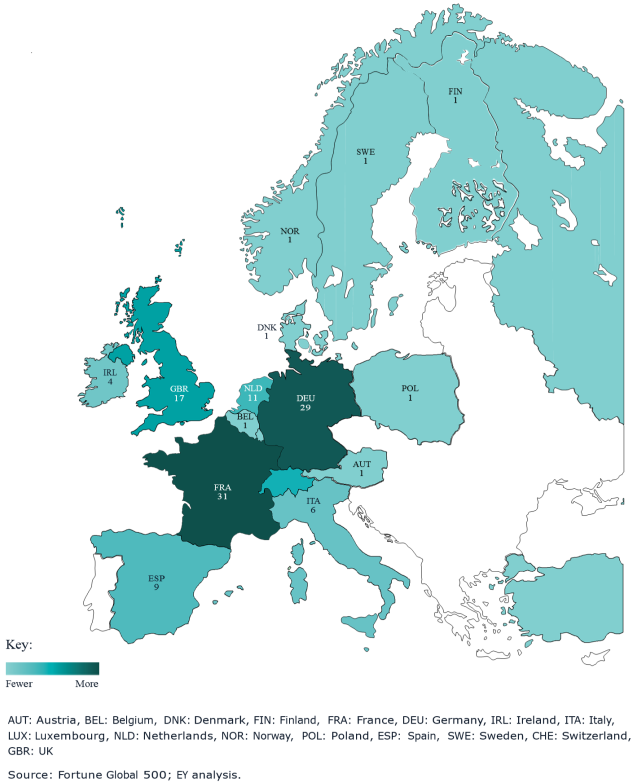 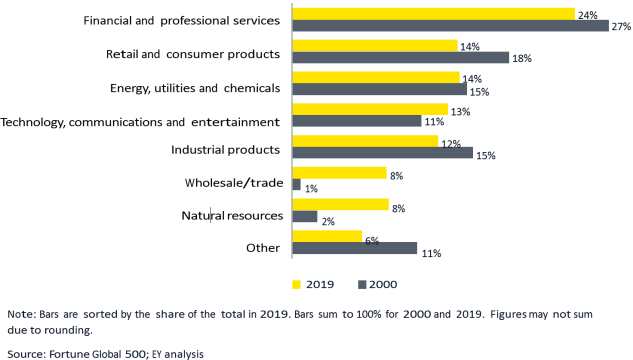 Location of FG500 headquarters within the U.S. 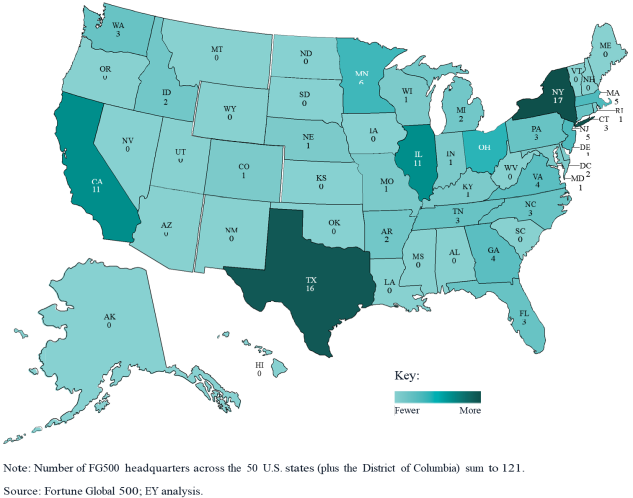 Many factors contribute to companies’ choices of headquarters locations, and uncertainty in the global political and trade landscape may cause more shifts in the future. While it is too soon to measure the potential impact of the TCJA on where companies choose to locate their headquarters, the issue was a focal point in the US tax reform debate, in part due to the potential benefits these headquarters may generate within a country.

EY refers to the global organization, and may refer to one or more, of the member firms of Ernst & Young Global Limited, each of which is a separate legal entity. Ernst & Young Global Limited, a UK company limited by guarantee, does not provide services to clients. Information about how EY collects and uses personal data and a description of the rights individuals have under data protection legislation are available via ey.com/privacy. For more information about our organization, please visit ey.com.