If the current tax season has left you frustrated, you’re not alone. A delayed start—and end—to the filing season, tax law changes, and an IRS processing backlog in the tens of millions have left many taxpayers ready to throw in the towel. That might explain why paid tax preparers are busier than ever, with e-filed returns by paid preparers up 5.4% from last year.

That’s not likely to change. A focus on cryptocurrency reporting, increases in day trading during the pandemic, and new tax credits on the way mean that tax preparation may become even more complicated, leaving taxpayers in need of tax preparers. But how can you tell the difference between a competent tax preparer and an inexperienced or unscrupulous one? The IRS has consistently argued that the answer is regulation. There’s just one problem: The IRS doesn’t have that power.

As part of his American Families Plan, President Joe Biden is calling on Congress to pass legislation to give the IRS that authority. The White House noted that tax preparers “play a crucial role in tax administration, and will be key to helping many taxpayers claim the newly-expanded credits,” adding that “IRS oversight of tax preparers is needed.”

It sounds simple. But as Martin Scorsese reportedly quipped, “Simple is hard.”

Nina Olson, the former National Taxpayer Advocate, has been pushing for such regulation for nearly two decades. In her 2018 report to Congress, Olson noted that unenrolled preparers still accounted for more than half of all paid tax preparers for individual returns. Unenrolled preparers are those without a professional credential and are generally not subject to IRS oversight. In contrast, credentialed preparers—including attorneys, certified public accountants (CPAs), and enrolled agents—have passed competency examinations and are typically required to comply with continuing education requirements.

In a 2014 hearing before Congress, Olson and then IRS Commissioner John Koskinen testified about regulating the field. Koskinen noted that, in 2010, the IRS launched the Tax Return Preparer Initiative, which required paid preparers who were not CPAs, attorneys, or enrolled agents to pass a competency exam: 26%—more than a quarter—flunked the exam. 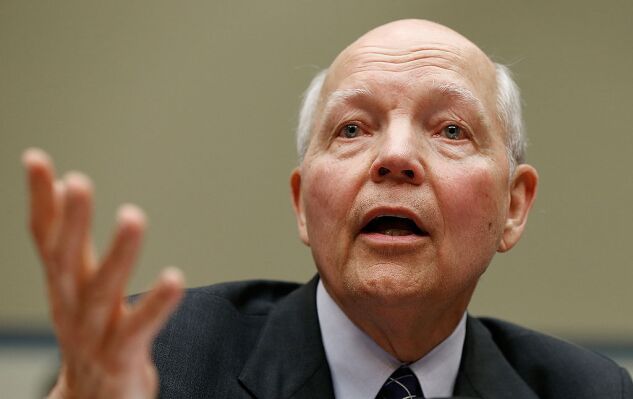 Dan Alban also testified at that hearing. Alban represented the plaintiffs in Loving v. Commissioner, a suit filed on March 13, 2012, by three tax preparers in response to those IRS regulation efforts. The trio accused the IRS of, among other things, lacking the authority to license tax preparers. U.S. District Court Judge James E. Boasberg agreed, finding that Congress never gave the IRS that power and the IRS couldn’t give itself that authority. The U.S. District Court of Appeals affirmed, ruling that "[t]he IRS may not unilaterally expand its authority through such an expansive, atextual, and ahistorical reading of [the statute].”

The IRS didn’t appeal the case further, instead announcing the creation of the Annual Filing Season Program in 2014. The voluntary program allows non-credentialed preparers a recognizable record of completion and a spot in the IRS tax preparer database. IRS Commissioner Koskinen made clear that he hoped Congress would follow up by giving the IRS oversight over tax preparers.

That never happened. That’s not to say that there wasn’t interest. Several bills have been introduced since Loving to regulate preparers, but none has been signed into law.

And this isn’t the first push from the White House on this issue. Former Presidents Trump and Obama both signaled support to regulate paid preparers in their budgets. Those efforts typically called for increased penalties for unscrupulous preparers, a theme that Biden’s administration has echoed.

Without legislation, the IRS may not regulate tax preparers. But one holdout from the IRS’ 2010 efforts does remain: the requirement to have a Preparer Tax Identification Number (PTIN).

A PTIN is like a substitute Social Security Number for tax preparers. When the IRS first made PTINs available to tax return preparers in 1999, the numbers were issued for free. But when PTINs became mandatory, they also came with a fee.

Shortly after the Loving decision, tax preparers filed a class-action suit, claiming that the IRS was not allowed to require PTINs or set PTIN fees. In 2017, the court ruled that the IRS could continue to require the use of PTINs for tax preparers, but Judge Royce C. Lamberth ruled that the agency could not charge fees for them “because this would be equivalent to imposing a regulatory licensing scheme, and the IRS does not have such regulatory authority.”

The IRS appealed, and the matter went back to court. In 2019, the court ruled that the IRS does have the authority to charge PTIN fees, opening the door to their reinstatement.

Today, any paid tax professional who prepares any federal tax return or refund claim must have a valid PTIN from the IRS. If you don’t have a PTIN, you may not prepare tax returns for compensation. You may also be subject to penalties, injunction, and disciplinary action by the IRS Office of Professional Responsibility.

Taxpayers should avoid paid preparers who refuse to include a PTIN on a tax return. That might happen because the paid preparer isn’t eligible for a PTIN because of felony convictions, or problems with federal individual or business tax obligations. Or he or she doesn’t want to be responsible for the return.

Mandatory PTINs are one way that the IRS believes it can help protect taxpayers against unscrupulous tax preparers. Whether the agency can also regulate tax preparers, however, remains solely in the hands of Congress.