Chancellor said Germany will do whatever is required to limit the impact of the coronavirus on Europe’s biggest economy, weighing in for the first time at length on her country’s response to the growing crisis.

“We will do whatever is necessary,” Merkel said at a news conference in Berlin, a day after the 27 European Union leaders held a video conference to coordinate action with European Central Bank President . 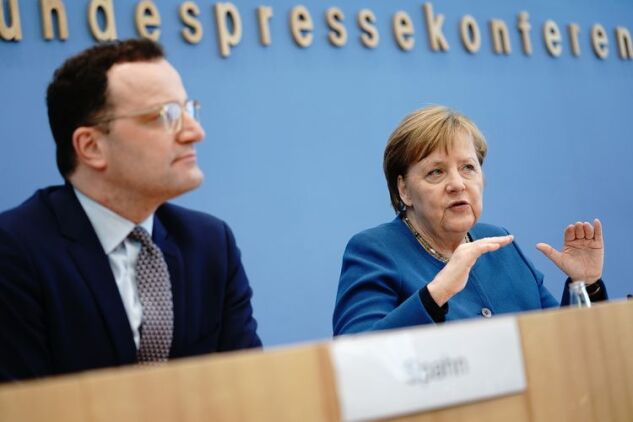 The German leader was referring to budget spending on health measures, on top of a pledge to provide ailing companies with liquidity and extend furlough pay for workers. She said she agreed with Lagarde that the situation must be taken “very seriously” and that without natural immunity against the virus, and a lack as yet of vaccination or therapy options, as much as 70% of the population is at risk.

Merkel and her economic team are focused on providing liquidity to cash-strapped companies and haven’t seen the need for classic stimulus measures until the economic fallout of the disease becomes more clear. Yet pressure has been growing for Germany to step up efforts to support growth.

Some of the nation’s leading economists on Wednesday urged the government to become more proactive and give up its balanced budget policy. While the economists rejected a broader stimulus package, they called for targeted measures to cushion the economic impact, such as tax cuts and better terms on tax obligations.

Merkel, who rarely gives formal news conferences, announced her appearance Wednesday only a few hours ahead of time, highlighting the seriousness of Germany’s plight. She has up to now allowed her health minister, , to take the lead on briefing the public about the government’s response to the virus.

That has prompted criticism about her engagement with the crisis. The decision to appear with Spahn on Wednesday came after Bild newspaper, Germany’s biggest-selling daily, accused her on its front page of failing to show leadership during the “corona chaos.”

Merkel commented briefly on the virus in a speech at a German-Greek forum on Monday and her spokesman issued a statement on her behalf after Tuesday’s video conference. She also briefed lawmakers in her parliamentary caucus on Tuesday.

EU member states must act in concert to slow the spread of the virus, Merkel said Wednesday, calling for the bloc to maintain economic life even as it mobilizes to fight the epidemic.

“The virus has arrived in Europe; it’s here -- and everybody has to understand that,” she said, adding that each EU nation will contribute what it can to counter the spread.

Asked about Lagarde’s assertion that Europe risks a major economic shock similar to the 2008 financial crisis, Merkel said that considerations such as recapitalizing banks were quantifiable, whereas the virus brings an unprecedented level of uncertainty, such as building immunity and the virus’s reaction to temperature.

“We have to act with a far greater level of unknown factors, so that task is a different one,” Merkel said. “But in all such crisis situations, the necessary elements are prudence and decisiveness.”