Treasury Secretary said the U.S. needs additional fiscal stimulus -- particularly for businesses struggling to reopen from coronavirus-related closures -- even as he said the economy has started to recover.

“I do think the economy is going to rebound significantly, but there is still significant damage in parts of the economy,” Mnuchin told the Senate Small Business and Entrepreneurship Committee on Wednesday.

A fourth round of fiscal stimulus should include help for travel, retail and leisure businesses, and possibly more cash for American families, Mnuchin said Wednesday. The Trump administration has discussed a capital gains tax cut but Mnuchin indicated it’s not the best approach. 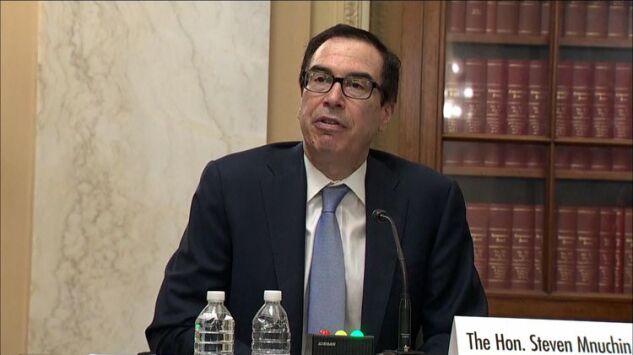 Congress hasn’t yet reached any agreement on another round of stimulus as Democrats demand assistance for states whose budgets have been hit by declining revenue.

After social distancing to curb the pandemic collapsed the U.S. economy in March, lawmakers approved as much as $6 trillion in stimulus to help it recover. More than 40 million people lost their jobs through March and April as the government sought to contain the outbreak.

The unprecedented fiscal and monetary support contributed to a surprise drop in unemployment last month as the economy began to reopen. Mnuchin won bipartisan praise during a Senate hearing on Wednesday for helping the U.S. dig out of the crisis.

“I saw Secretary Mnuchin, many hours day and night, working around the clock,” said , a Washington Democrat.

New Jersey Democrat said “hallelujah” when Mnuchin agreed to ease restrictions on small business loans for those with prior felony convictions. Republican of Idaho said the Treasury chief made history in his efforts to aid small businesses.

Still, lawmakers pressed Mnuchin on proposals for the next round of stimulus as the jobless rate remains at 13.3%.

Mnuchin called for targeted assistance for industries and small businesses that are struggling to reopen because of reduced capacity and additional spending due to Covid-19. He said retailers lost more than 2 million jobs in April, but just 16% of those workers returned in May.

“We’re going to use all of our fiscal tools to work with Congress” to “restore this economy to where it was,” Mnuchin said. “I definitely think we are going to need another bipartisan legislation to put more money into the economy.”

House Speaker is pushing for nearly $1 trillion in state and local aid to make up for revenue lost during the Covid-19 pandemic and has argued that failure to enact the funding would lead to job losses. President said he’ll ask Congress to pass more economic stimulus, including a payroll tax cut.

Democrats and many Republicans are wary of a payroll tax cut, which wouldn’t help people who remain out of work. Trump has said it would encourage businesses to re-hire.

House Democrats passed an additional $3.5 trillion stimulus bill last month, including a new round of $1,200 checks to individuals and expanded unemployment insurance. But Republicans controlling the Senate have rejected that proposal and plan to wait until late July before considering their own alternative. 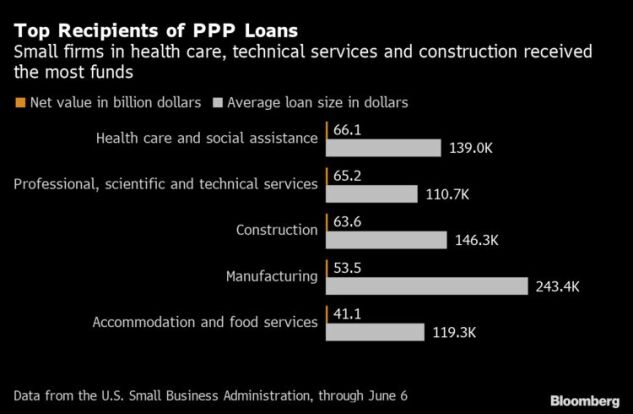 The initial round of $349 billion in PPP funding was exhausted after just 13 days in April. But there was more than $130 billion still remaining as of June 6 from the second tranche of $320 billion, according to SBA. Mnuchin said he expects there will be PPP funds remaining when SBA stops accepting new applications on June 30 and that he’s open to working with Congress to re-purpose that money.

Republican Senator of Louisiana suggested using some of those funds to help businesses damaged by rioting and looting after the death of a black man, George Floyd, in the custody of Minneapolis police in May.

Mnuchin also said borrowers who use less than 60% of PPP proceeds on payroll will be eligible for partial loan forgiveness. There had been questions about whether those borrowers could get any forgiveness because of the language in legislation relaxing the rule that 75% of proceeds had to be spent on payroll.

There were complaints from several senators about the separate Economic Injury Disaster Loan Emergency program, or EIDL, which provides loans of as much as $2 million and grants of as much as $10,000. Some owners said they waited weeks for funding or even answers, while advances were limited to $1,000 per worker with loans capped at $150,000.

Senators from both parties pressed Mnuchin and Carranza to provide more data about the relief programs, especially which companies received loans. But Mnuchin said the administration considers that information proprietary.

To contact the reporters on this story:
in Washington at smohsin2@bloomberg.net;
in Columbus at mniquette@bloomberg.net