An oceanfront mansion sits in East Hampton, New York. A plan agreed by Gov. Andrew Cuomo and state lawmakers is said to include a temporary increase income-tax rates to 9.65% from 8.82% for single filers earning more than $1 million.
Photographer: Doug Kuntz/Bloomberg News.

The richest New York City residents could soon face the highest combined state and city tax rates in the U.S.

Governor and state lawmakers have reached a tentative agreement to raise taxes on the wealthiest New Yorkers as part of a roughly $200 billion budget deal expected to be announced as early as Monday, according to a person familiar with the negotiations.

If approved, state income-tax rates would temporarily increase to 9.65% from 8.82% for single filers earning more than $1 million, according to the person, who wasn’t authorized to speak publicly because a final budget hasn’t been reached.

New York City residents with income over that threshold would pay between 13.5% and 14.8%. That compares with 13.3% on income over $1 million in California, currently the highest in the nation, according to the Tax Foundation. 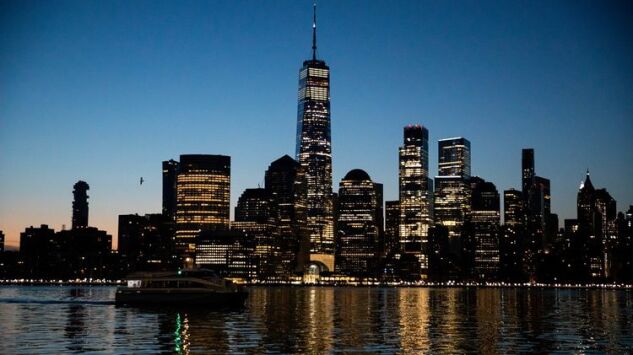 Lawmakers were nearing a budget agreement that would increase corporate and income taxes by $4.3 billion a year with additional revenue going to fund aid for schools, undocumented immigrants and small businesses, the Wall Street Journal reported Sunday, citing unnamed sources. The Cuomo administration and legislative leaders didn’t respond to requests for comment.

The embattled governor, who faces multiple claims of sexual harassment and allegations his office covered up Covid deaths, said on a call with reporters Monday he has reached a “conceptual agreement on all issues” with the legislature. Cuomo called the deal “the most complicated budget we’ve ever done.”

New York lawmakers are the latest officials to in the wake of the economic devastation wrought by the Covid-19 crisis. That’s raised concerns that higher taxes could drive wealthy residents to places where they don’t have to pay as much -- such as Texas or Florida -- threatening city and state budgets.

The pandemic has already seen a temporary migration of Americans out of New York, San Francisco and other big cities into second homes elsewhere. New York business leaders, as well as Cuomo himself, have warned that higher taxes on the wealthy could discourage workers from returning to the state after the pandemic is over and encourage companies to move out.

“We fear that this tax on high earners will be a money loser for the state,” said , president of business group Partnership for New York City, whose members include JPMorgan Chase & Co. and Goldman Sachs Group Inc.

“They and their companies are setting up operations in Florida and other low tax states, which is going to result in both an economic loss for the city and a fiscal crisis for the state over the next few years,” Wylde said.

Taxes have been one of the largest points of contention between the governor and the legislature. In his January budget proposal, Cuomo called for a $1.5 billion income tax increase. But that was before the state knew how much money it would receive from a federal aid package. New York will receive only $12.6 billion of the $15 billion in federal aid it sought, leaving a hole of nearly $2.5 billion, budget director said last week.

Leaders of the Senate and Assembly each discussed raising nearly $7 billion of revenue, which included proposals to increase income, estate and corporate taxes. The proposals include a 1% surcharge on capital gains income, a pied-a-terre levy and lifting the estate tax.

“The revenue package that is under consideration is strong,” said state Senator , in an interview. “No one is completely happy with the budget package, which may be an indicator it’s a pretty good package.”

Business leaders have lobbied the Cuomo administration and state lawmakers to resist raising taxes, arguing tax increases now would drive high earners out of the state -- and especially New York City -- while the economy struggles to recover from the pandemic.

“We are entering an era of increased mobility, and the rise of remote work will mean that far more people vote with their feet. New York already has the nation’s highest tax burdens. Raising taxes on the state’s most mobile residents at a time of enhanced tax competition is a risky move, especially when tax revenues are currently stable,” said Jared Walczak, Vice President of State Projects at Center for State Tax Policy at the Tax Foundation, in an emailed statement.

As more people already become less dependent on their central offices, the combination of state and city income taxes will heighten “the departure risk” of high earners who already support much of state spending, said , president of the nonprofit Citizens Budget Commission, a New York fiscal watchdog.

If a state budget isn’t adopted on Monday, or there isn’t an emergency appropriation passed, the paychecks of thousands of state workers, including health care and correctional facilities employees, could be delayed, New York State Comptroller said Friday.