The two Republicans running for governor in Louisiana have been hammering the incumbent, John Bel Edwards, on taxes and Medicaid.

Edwards -- the only governor in the Deep South who’s a Democrat -- is seeking re-election after a term in office that demonstrated the extent to which he’s out of step with his national party.

His Republican rivals, U.S. Rep. and businessman Eddie Rispone, have similar positions, so they’ve had to figure out other lines of attack to differentiate themselves in the state’s nonpartisan primary election.

Adding to their challenge: All the candidates will be on the same ballot. If no one wins more than 50% on Oct. 12, the top two vote-getters advance to a Nov. 16 general election. 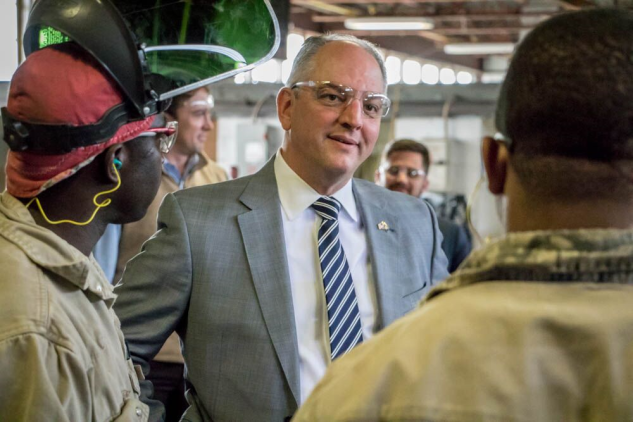 Earlier this year, Edwards signed legislation banning abortions in Louisiana after a fetal heartbeat is detected, as early as six weeks into pregnancy. The law, with no exceptions for cases of rape or incest, is contingent on whether a similar ban in Mississippi prevails in federal court.

“How many votes that might cost him, who knows?” said Michael Henderson, director of the Public Policy Research Lab at Louisiana State University’s Manship School of Mass Communication. “But it doesn’t have to be a lot for it to matter, given the dynamics of the race.”

Edwards expanded his definition of “pro-life” to include the state’s Medicaid expansion that began in 2016, saying in a Sept. 19 debate, “I am pro-life, not just pro-birth. We need to do more for the vulnerable in our society.” 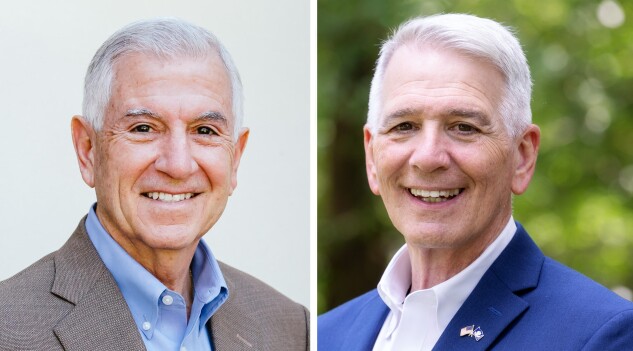 Republicans Eddie Rispone, left, and Ralph Abraham are running for governor in Louisiana
(Photos provided by the campaigns)

In a Sept. 26 debate, Rispone supported calling a constitutional convention to change Louisiana statutes regarding revenues and taxation. Edwards opposed the idea, while Abraham said a Republican governor whose party held a super-majority in the Louisiana Legislature could push through a fiscal overhaul without a convention.

Edwards says Louisiana’s 30-year-old 20-cents-a-gallon state gas tax can’t cover a $14 billion backlog in infrastructure improvements, while his opponents balk at the idea of raising it.

Rispone says the current tax should be directed entirely to road and bridge projects instead of administrative costs, while Abraham says he would insist the Legislature offset any gas tax hike with a cut to taxes somewhere else.

The Louisiana Republican Party has endorsed both Rispone and Abraham.

“Where you don’t have a partisan primary, you open up the possibility of having factions within parties having out-sized effects,” said Anna Mahoney of Tulane University’s Newcomb Institute.

After their experience in 2015, when three prominent Republicans shared the primary ballot and Edwards ended up defeating then U.S. Sen. David Vitter, “Republicans were sort of hoping Abraham wouldn’t have additional challengers,” Mahoney said.

Rispone, who portrays himself as a conservative political outsider in the vein of President Donald Trump, has launched attack ads against Abraham that focus on his salary and voting record over three terms in Congress.

Abraham snapped back when the candidates shared the stage for a Sept. 26 debate.

“You know the target we should be working on is the one standing to your left,” Abraham told Rispone.

Medicaid expansion has been popular among Louisianans, however, so the Republicans have focused their attacks on policies they say undermine the state’s economy, particularly taxes.

“Our tax structure is too many, and too high,” Abraham said in the Sept. 26 debate.

Meanwhile, Edwards has been highlighting the Republican support he had for initiatives to reduce Louisiana’s prison population and to counter a $2 billion budget deficit he inherited from his unpopular predecessor, Gov. Bobby Jindal (R).

In addition to the endorsed Republicans and the Democratic incumbent, three long-shot candidates are on the ballot: Democrat Oscar “Omar” Dantzler, a bus driver, landscaper and bail bondsman; Republican Patrick “Live Wire” Landry, who also was a fringe gubernatorial candidate in the early 2000s; and Independent Gary Landrieu, best known for being the cousin of (but not sharing any political positions with) former New Orleans Mayor Mitch Landrieu (D) and former U.S. Sen. Mary Landrieu (D).

To contact the reporter on this story: in Miami at jkay@bloomberglaw.com

To contact the editors responsible for this story: at krizzo@bgov.com; at broth@bgov.com