The Senate passed a $550 billion infrastructure plan that would represent the biggest burst of spending on U.S. public works in decades, sending the legislation to the House where its fate is in the hands of the fractious Democratic caucus.

The bipartisan 69-30 vote Tuesday marked a significant victory for President ’s economic agenda. It was a breakthrough that has eluded Congress and presidents for years, despite both parties calling infrastructure a priority and an issue ripe for compromise. 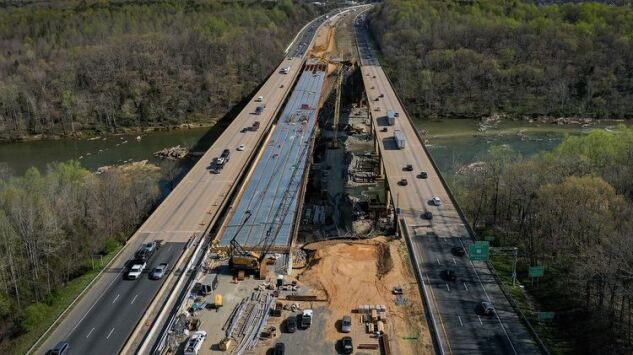 “America, this is how we truly build back better,” Biden said Tuesday at the White House. “This bill is going to put people to work modernizing our roads and our highways and our bridges.”

Nineteen Republicans, including Minority Leader , joined with all 50 senators who caucus with Democrats to support the bill.

The bipartisan spirit quickly gave way, as Senate Majority Leader immediately pivoted to a partisan budget resolution that will lead to a $3.5 trillion package of social spending and tax increases. 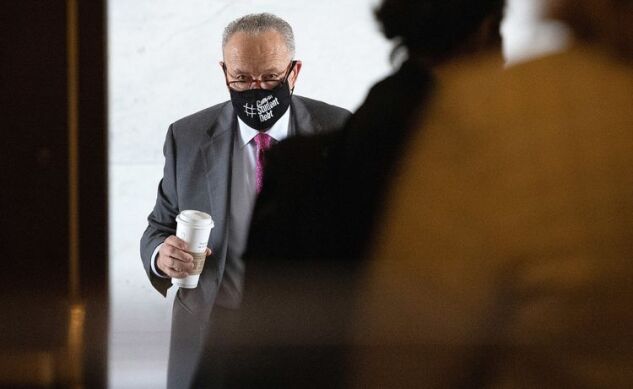 Senate passage of the infrastructure bill came after months of negotiations and days of slow-moving Senate debate during which Republicans opposed to the legislation forced Democrats to run out the clock on procedural motions.

“It’s been a long and winding road but we have persisted and now we have arrived,” Schumer said before the vote.

The bill still faces hurdles in the House, which is scheduled to be on break until Sept. 20. House Speaker , under pressure from progressives who want their priorities addressed, has said she will not allow a vote on the bipartisan package until the Senate has passed the broader economic plan. Moderates, meanwhile, are clamoring for the House to take up the bill sooner than that.

Five leaders of the House Blue Dog Coalition, a group of fiscally conservative Democrats, issued a statement Tuesday calling for Pelosi to swiftly bring the infrastructure bill to a vote.

The Blue Dog co-chairs said they “remain opposed to any effort to unnecessarily delay consideration of these critical infrastructure investments, which will create good-paying jobs, keep American businesses competitive, and grow our nation’s economy.”

Their statement followed a similar letter to Pelosi from several other House moderates calling for a quick vote on the roads and bridges bill.

The Congressional Progressive Caucus, in turn, released a statement saying that a majority of its 96 members won’t vote for the infrastructure bill until the Senate passes the budget package.

Pelosi applauded Senate passage of the infrastructure bill on Tuesday and gave no indication she would change her strategy of linking the two economic packages.

Still, the Senate vote after months of fraught negotiations was a crucial first step for both Biden’s economic agenda and his broader hopes of showing the world Washington can work again to solve big problems after a particularly divisive era in American politics.

If the infrastructure package ultimately clears both chambers, every state would feel the effects. It includes about $110 billion in new spending for roads and bridges, $73 billion for power grid upgrades, $66 billion for rail and Amtrak, and $65 billion for broadband expansion. It also provides $55 billion for clean water and $39 billion for transit.

Biden had dispatched top aides to negotiate directly with a group of Republican and Democratic senators putting the bill together and engaged personally with meetings and phone calls. The vote also is a significant achievement for Schumer and the bipartisan group of 22 senators led by Republican of Ohio and Democrat of Arizona, who stepped in after initial negotiations between the White House and Republicans in June.

Republicans can claim a victory in that the package includes big spending on their priorities without raising taxes, while Biden can lay claim to an accomplishment decades in the making without including unpopular gas taxes or other levies that would have hit the middle class.

The Senate was unable to get unanimous consent to approve a bipartisan effort to replace a cryptocurrency tax reporting provision with a more narrowly targeted measure that would require certain digital currency exchanges to report data to the Internal Revenue Service. The cryptocurrency industry said the original version unfairly targeted them and was too broad in scope.

Other bipartisan attempts to alter the bill, including an amendment that would allow state and local governments to use some of their unspent Covid relief funds on infrastructure projects, also fell by the wayside.

The Congressional Budget Office said the infrastructure legislation would add $256 billion to the federal budget deficit over the next decade. The CBO has previously forecast the deficit would hit $3 trillion this year alone before narrowing to $1.15 trillion in 2022.

Republicans who opposed the plan as too expensive cited the CBO’s prediction of additional debt and warned the bill could spur additional inflation.

But some of the senators who drew up the legislation contended the bill would be paid for by a variety of means that the CBO couldn’t account for.

With the bipartisan deal out of the Senate, Schumer turned immediately to setting the stage for Biden’s $3.5 trillion economic package, a partisan drive to overhaul policies on climate change, taxes, health care, immigration and other areas.

Schumer plans to force a vote on the fiscal blueprint that helps them trigger a Senate procedure that would short-circuit a GOP filibuster. Republicans in turn started to make the process painful by forcing numerous amendment votes via an process known as a vote-a-rama that could last all night.

The Biden administration and Democratic leaders want to pack that resulting package, which would move forward after the August recess, with tax hikes on the wealthy and corporations to pay for spending on a broad social agenda, including child care, middle-class tax cuts, paid family leave and subsidies for higher education.

But Biden and Schumer will need every Democratic vote in the 50-50 Senate, including moderates like of West Virginia and Sinema, who insisted on and led the push for the bipartisan deal but aren’t sold on the price tag or all of Biden’s proposed tax hikes.

Democrats have decided against teeing up a debt limit increase with only Democratic votes as part of their budget blueprint. They could instead try to force Republicans to help raise the limit by attaching it to a must-pass bill to keep the government open after Sept. 30.