The Senate is preparing for a weekend vote on its $550 billion infrastructure legislation.
Photographer: Stefani Reynolds/Bloomberg

The U.S. Senate is heading toward a weekend vote on its $550 billion infrastructure legislation, after Majority Leader ’s attempt to rush passage late Thursday was thwarted by disagreements over cryptocurrency and other matters.

Senators huddled for hours on and off the floor to discuss final changes to legislation that numbers some 2,702 pages and has been the subject of weeks of negotiations with the White House. But agreement proved elusive and final passage of the massive bill got pushed until at least Saturday.

The bill is a key element of President ’s agenda and the White House was directly involved in the negotiations. On Friday, he urged lawmakers to follow through, saying the legislation “would end years of gridlock in Washington and and create millions of good-paying jobs.” 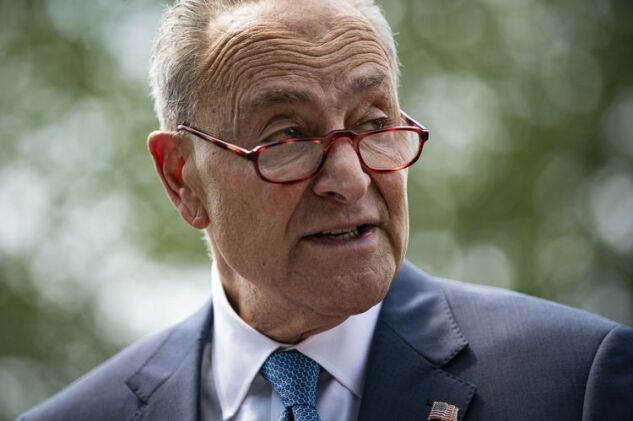 Senate Finance Committee Chairman and Republican Senators and proposed a narrower approach focused on those who conduct transactions on exchanges. But Senators , a Republican, and Democrats and proposed an 11th-hour alternative endorsed by the White House. It would target some software companies and cryptocurrency miners.

Toomey said they were at “an impasse” on the issue.

Another pending amendment would allow state and local governments to use up to 30% of their unspent Covid relief funds on infrastructure projects. GOP Senator of Texas, who sponsored the change with Democratic Senator , said he bargained with the Biden administration on the change, which would free up between $80 billion and $100 billion for projects. But it has yet to be scheduled for a vote. 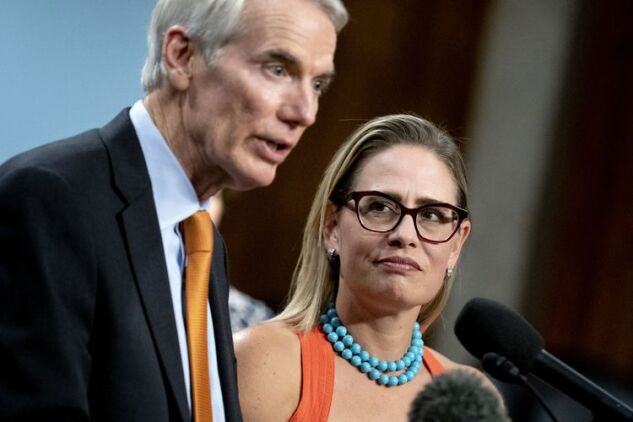 Schumer and Senate Republicans spent hours attempting to reach an agreement on how many other amendments would be considered before a vote on the legislation.

“We have been trying to vote on amendments all day but have encountered numerous objections from the other side,” Schumer said on the Senate floor just before midnight. “However, we very much want to finish important bill, so we will reconvene Saturday.”

“Everybody’s in a bad mood in there,” California Democratic Senator said as she left the Senator floor late Thursday night.

The infrastructure bill includes $110 billion in new spending for roads and bridges, $73 billion for electric grid upgrades, $66 billion for rail and Amtrak, and $65 billion for broadband expansion. It also provides $55 billion for clean drinking water and $39 billion for transit.

The Congressional Budget Office said Thursday that the bill would add $256 billion to the federal deficit over a decade, though negotiators say the nonpartisan agency didn’t give full credit for the package’s offsets.

The soonest the vote could be held under Senate procedures is Saturday. Many senators left Washington early Friday to attend the funeral of former GOP Senator Mike Enzi of Wyoming, who died last week following a bicycle accident.

Passage of the infrastructure package would set the stage for later consideration of Biden’s $3.5 trillion economic package, a partisan drive to overhaul policies on climate change, taxes, health care, immigration and other areas.

Senate Democrats will advance to the Senate in just a few days a fiscal blueprint that helps them trigger a Senate procedure that could short-circuit the filibuster and clear the economic package this fall with only Democratic support.

The infrastructure package still faces challenges in the House, where Democrats can only afford three defectors if Republicans vote in unison against the bill. House Democrats are divided over whether the package spends enough and many Republicans oppose the bill.

Speaker reaffirmed Friday that the House won’t take up the infrastructure legislationuntil the Senate also passes a second, more sweeping economic package. That linkage has been a central demand of progressive Democrats in the House, though moderates have been calling on Pelosi to relent. The House is currently on a recess until Sept. 20.

“We are not going forward with leaving people behind,” Pelosi said at a news conference.