Our Spotlight series highlights the careers and lives of tax professionals across the globe. This week’s focus is on Bill Colgin, a partner at Holland & Hart LLP who litigates complex, high-stakes federal tax controversies.

When he’s not in the courtroom, Colgin might be listening to Marc Maron’s “WTF” podcast, admiring a variety of art, or checking out the courthouse salad bar. 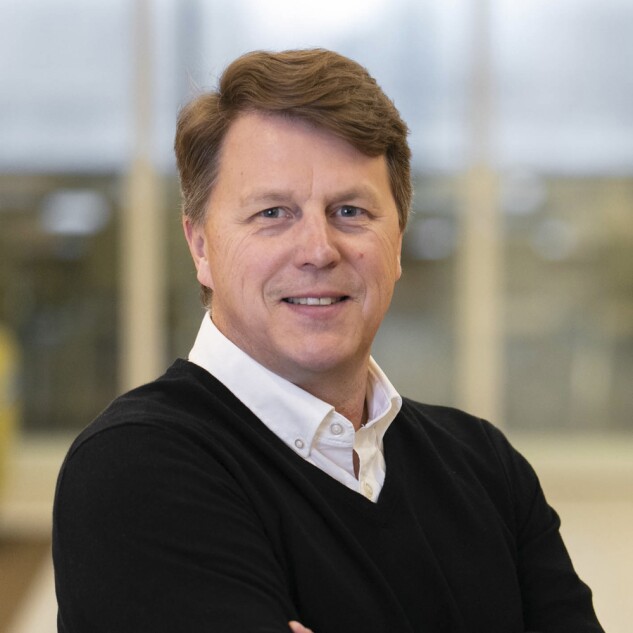 What’s your official title, and what does it mean? I currently have two official titles. I am a partner in the Tax and Benefits Practice Group at Holland & Hart. I also lead the firm’s Tax Controversy and Litigation group, which means I oversee a talented, cohesive team of attorneys and specialists.

Free time: book, audiobook, or podcast? All of the above. I’m a longtime listener to Marc Maron’s “WTF” podcast. It has really opened my eyes to the perspectives and backgrounds of creative people working as artists, actors, directors, producers, writers, and musicians. Lately I’ve been listening to audiobooks narrated by actors. “The Handmaid’s Tale” narrated by Claire Danes is a good example of a very engaging audiobook. I’m all over the map with books. I recently finished “The Liar’s Club” by Mary Karr. Before that, I read the graphic autobiography “Persepolis” by Marjane Satrapi.

Tax is a huge subject. What’s your area of special interest? I’ve been very fortunate to work on cutting-edge, novel issues during most of my career. Issues associated with the intersection of tax and emerging technologies in Silicon Valley and elsewhere have been a constant presence since I left the Department of Justice Tax Division in 1996. Transfer pricing and cost sharing are other areas of special interest that also often overlap with emerging technology companies.

What’s the last movie or show that you watched and loved (DVD, Netflix, or in the theater)? “The French Dispatch,” directed by Wes Anderson, is my most recent favorite movie. Before that, I was captivated by the HBO series “Succession.”

What college did you attend, and what did you study? I studied philosophy as an undergraduate and graduate student at the University of Wyoming. Some of my favorite subjects included linguistics, ethical systems, and logic.

Go to pick-me-up: Coffee or tea? I often drink a cup of coffee in the morning, and then tea is my drink of choice the rest of the day.

If you weren’t working in the tax profession, what would your dream job be? Making art. I grew up watching and learning from an amazing self-made artist and creator who made and sold art well into his 90s—my grandfather. Despite not even completing grade school, he taught himself to paint portraits and landscapes, among many other art-related skills. Driven by a lifelong need to create, he built his own house and a camping trailer that became a mobile canvas for his paintings of fish, animals, and colorful slogans. My interest in art really took off after law school. Early in my career, I spent many lunch breaks systematically working through each room of the Smithsonian art museums near my office in D.C. I’ve been admiring art in museums around the country and world ever since. Seeing all sorts of different art has inspired me to do projects when I can fit them in. Most recently, I’ve focused on making digital art. If I had more time, I would fill it with art projects.

If you had the opportunity to make one change in the tax code—an extra credit, a disallowed deduction, whatever—what would it be? Tax simplification. When I started my career, I could easily fit my copy of the Internal Revenue Code and regulation volumes in my backpack. Now, I need a hand truck.

Favorite food, snack, or candy during tax season (or other busy time)? When I’m in trial or otherwise slammed, I tend to eat lots of salads. Most courts have great salad bars in their cafeterias, which probably explains why I developed that habit early in my career.

What tax news or move made the most impact on your practice or clients this past year? As I deal with tax controversies and litigation, I am often working on issues involving prior tax cycles. For instance, my most current taxable year at issue in a litigation involves the 2015 tax year, and we just settled a case involving the 2005 tax year. We have been spending quite a bit of time dealing with the impact of the 2009 cost-sharing regulations, and we are just starting to see issues relating to the 2017 tax reform.

If you received a big tax refund check right now, what would you do with it? I have three kids in college right now.

You can find Colgin on LinkedIn.

You can learn more about Colgin’s firm, Holland & Hart, on its website.

If you’d like to recommend a tax pro to be featured, send your suggestion to rbaker@bloombergindustry.com with the subject: Spotlight. Please include the following information: tax professional’s name, title, email address, and geographic area (city/state/country).

To contact the reporter on this story: in Washington at rbaker@bloomberglaw.com

To contact the editor responsible for this story: at kerb@bloombergindustry.com