As it bankruptcy, took advantage of a little-noticed provision in the stimulus bill passed in March to get a $9.7 million tax refund. Then, it to authorize the same amount as bonuses to nine executives.

The rig operator is one of dozens of oil companies and contractors now claiming hundreds of millions of dollars in tax rebates. They are employing a provision of the $2.2 trillion stimulus law, called the CARES act, that gives them more latitude to deduct recent losses.

“This is a stealth bailout for the oil and gas industry,” said , a senior researcher with Documented, a watchdog group tracking the tax claims. It’s geared to companies “that have been losing money over the last few years -- and now they get that money back as a check from the taxpayers. That’s exactly what the oil industry has been doing.” 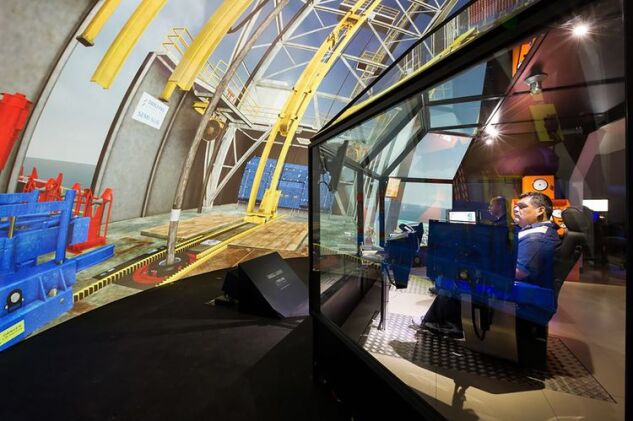 The change wasn’t aimed only at the oil industry. However, its structure uniquely benefits energy companies that were raking in record profits in 2018 as crude prices reached $76.41 per barrel, only to see their fortunes flip a year later.

More than $1.9 billion in CARES Act tax benefits are being claimed by at least 37 oil companies, service firms and contractors, according to a review of recent filings with the Securities and Exchange Commission. Besides Diamond Offshore, which declined to comment, recipients include oil producer and refiner

Other oil companies say they didn’t lobby Congress for the change, which is widely available across all industries. “We did not request any benefit, but we are obligated to follow the tax laws as passed by Congress, which apply to all corporate manufacturers nationwide,” said , a spokesman for Marathon, which got a $411 million benefit.

Congress embedded the tax change governing losses in the stimulus measure early on, as lawmakers moved rapidly in March to steer trillions of dollars in aid to coronavirus-ravaged workers and companies. Alongside expanded unemployment payments and payroll loan programs, lawmakers saw an opportunity to harness the tax code to help get cash flowing to companies struggling to pay rent, workers and insurance.

It “was sold as help for the little guy -- help for small business,” said Steve Rosenthal, a senior fellow with the Urban-Brookings Tax Policy Center. “In the name of ‘small business,’ we’re shoveling out billions of dollars to big corporations and rich guys.”

That new forward-focused approach works well when the economy is expanding, but the promise of using today’s losses as tomorrow’s deductions isn’t much help to coronavirus-battered companies with no guarantee they will survive long enough to claim them. So in the stimulus package, Congress gave businesses the chance to carry back all their losses -- and claim immediate tax refunds -- for five years from 2018, 2019 and 2020.

“The thought was temporarily we should bring them back so that firms that are seeing significant losses in the next year or over the past year or two can carry those back and get some short-term liquidity,” said Garrett Watson, a senior policy analyst at the , a non-profit that supports pro-growth tax policies.

Traditionally, the ability to deduct net operating losses is meant to ensure companies get fair tax treatment even amid volatility, Watson said -- a plus for the notoriously boom-and-bust oil industry. “You are going to see the biggest benefits for firms like oil and gas that are seeing volatile profits -- and now, of course, extreme losses,” he said.

The combination of big losses now and the congressional tax changes mean it may be years before some oil companies have to pay corporate income taxes at all.

“We’re going to have some large losses this year,” Executive Vice President said in an April 30 . The company is in “a zero-tax-paying position in the U.S. and expect to remain there for quite some time,” Wallette said.

There’s no limit on how the new refunds can be used -- and even bankrupt firms can get them.

Consider Diamond Offshore. Once one of the world’s largest drilling rig contractors, it filed for Chapter 11 bankruptcy protection on April 26 after crude prices plunged along with demand for its high-tech drillships.

In a first quarter filing, Diamond, which is majority owned by , it had recognized a tax benefit of $9.7 million as a result of the carryback change. In an emergency motion filed with a federal bankruptcy court May 1, the company asked for the freedom to dole out $16.7 million in cash incentives to 85 of its 2,300 full-time employees, including as much as $9.7 million for nine senior executives.

The company said at the time that deteriorating market conditions and the collapse of Diamond’s stock had made its existing equity-based bonus program “largely worthless.” The tax filing did not specify how the $9.7 million would be used.

Dozens of other oil businesses have reported reaping the benefits, including $55 million for Denver-based , $41.2 million for supplier and $96 million for Oklahoma-based producer .

Occidental Petroleum, which to ask Congress to “provide liquidity to the energy industry,” a cash refund of about $195 million as a result of the carryback provision and a separate change in the stimulus bill that allows the immediate refund of unused alternative minimum tax credits. An Occidental spokesperson declined to comment.

, a manufacturer of oil and gas equipment, a $123 million refund by carrying back its 2019 losses and applying them to its 2014 tax filing.

San Antonio-based refiner by carrying back losses to 2015 -- when the corporate tax rate was 35% instead of the current 21%.

Valero spokeswoman Lillian Riojas said that is tied to tax losses generated in the first quarter, since the company did not generate a net operating loss for federal income tax purposes in 2018 or 2019. And she said the actual refund will be dependent “not only on the company’s performance for the remainder of the year, but also on the impact” of other tax provisions.

The benefits are “turbo-charged,” said Rosenthal, with the Urban-Brookings Tax Policy Center. That’s because businesses can carry back losses to offset income at a higher corporate tax rate of 35%, before the 2017 tax cut law lowered it 14 points. “Getting those losses at 35% is very, very favorable -- especially in 2020 when the losses are going to be devastatingly large.”

The filings themselves reveal only part of the picture. Private companies are able to generate tax refunds too -- without disclosing it to the . And while some public companies said they benefited from the tax break, they didn’t reveal by how much.

For instance, refiner boasted an effective income tax rate of just 2% for the first quarter -- well below the federal statutory income tax rate of 21% -- partly because of the carryback. But the company did not specify the amount of its expected refund.

The importance of the provision hasn’t been lost on President ’s administration. Energy Secretary recommended oil companies consider taking advantage of the expanded deduction in an April 21 with Bloomberg TV, calling it one of several “important liquidity tools that are going to help the industry.”

Congressional tax analysts initially estimated that the expanded loss carryback provision would cost $25 billion over 10 years -- just when used by corporations. Now, some are questioning whether the final pricetag could be much higher, and Democrats are seeking to limit the value of the tax break after raising concerns it overwhelmingly helps corporations and the wealthy.

In a new stimulus bill advanced Tuesday, proposed scaling back the provision so companies could only apply losses back to 2018. Their plan also would prevent companies with “excessive” executive compensation or stock buybacks from claiming the tax break -- a change that would be retroactive back to March.

Rosenthal stressed that it was logical for Congress to help businesses that were profitable before the pandemic. “But the CARES Act goes too far, tilting its benefits overwhelmingly to the wealthiest Americans,” he said in an essay. “I think Congress did not know the extent of what it was doing.”

To contact the reporter on this story:
in Washington at jdlouhy1@bloomberg.net

To contact the editors responsible for this story:
at jmorgan97@bloomberg.net