The U.S. Supreme Court backed a New York grand jury’s bid for President ’s financial records while blocking for now House subpoenas that might have led to their public release before the election.

The pair of 7-2 rulings rejected Trump’s expansive view of the presidency and his call for sweeping immunity, leaving room for Congress and state prosecutors to get access to a president’s private records with a strong enough showing.

At the same time, the decisions Thursday probably spare Trump from the scrutiny that would have accompanied disclosure this year of the tax returns he has long refused to release. 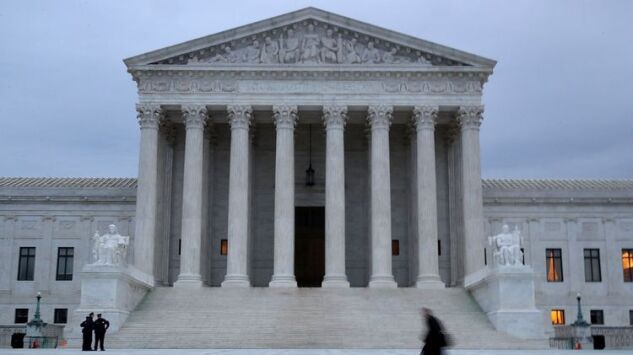 “No citizen, not even the president, is categorically above the common duty to produce evidence when called upon in a criminal proceeding,” Chief Justice wrote in the grand jury case.

The cases were perhaps the most far-reaching of Trump’s presidency. The clashes forced Roberts’s court to navigate politically polarizing and constitutionally weighty issues months before the presidential election.

The subpoenas seek years of Trump’s personal financial records, as well as those of the Trump Organization and his other businesses. They are directed to Trump’s accounting firm, , and his banks, and The accountants and banks aren’t contesting the subpoenas and have said they will comply with their legal obligations.

Trump said on Twitter that “this is all a .”

“The Supreme Court sends case back to Lower Court, arguments to continue,” he said. “Now I have to keep fighting in a politically corrupt New York. Not fair to this Presidency or Administration!”

In the grand jury case, the court rejected Trump’s call to give presidents complete immunity from criminal investigation while in office.

“The president is neither absolutely immune from state criminal subpoenas seeking his private papers nor entitled to a heightened standard of need,” Roberts wrote for the court. Roberts said Trump could make any “subpoena-specific constitutional challenges” to the demand at a federal district court but couldn’t claim that presidents have any categorical protection.

Justices and dissented, saying they would have given the president greater protections.

“The court’s decision threatens to impair the functioning of the presidency and provides no real protection against the use of the subpoena power by the nation’s 2,300+ local prosecutors,” Alito wrote. “Respect for the structure of government created by the Constitution demands greater protection for an institution that is vital to the nation’s safety and well-being.”

Trump’s two appointees, Justices and , were in the majority in both cases.

The ruling is a victory for Manhattan District Attorney , who is investigating whether the Trump Organization falsified business records to disguise hush payments to two women who claimed they had sex with Trump before he took office.

“This is a tremendous victory for our nation’s system of justice and its founding principle that no one -- not even a president -- is above the law,” Vance said in a statement.

Although the court upheld a federal appeals court decision in Vance’s favor, Trump’s personal attorney, , portrayed both rulings as victories.

“We are pleased that in the decisions issued today, the Supreme Court has temporarily blocked both Congress and New York prosecutors from obtaining the president’s financial records,” he said.

Trump contended the president has complete immunity from criminal investigations while in office. He said that any investigation, even one in which the document demand goes to a third party, risks being a distraction from the chief executive’s weighty responsibilities.

Vance said presidents throughout history, including Richard Nixon and Bill Clinton, have been subject to judicial proceedings. Vance said a complete shield from investigation is especially inappropriate in a probe that doesn’t touch on the president’s official duties.

The Justice Department made a narrower argument than Trump’s personal lawyers, saying state prosecutors must make a “heightened showing of need” to get a sitting president’s personal records.

In the House case, the court returned the fight to two federal appeals courts, saying they needed to give closer scrutiny to Trump’s contentions that the document demands are unnecessary and would be too intrusive.

“Burdens imposed by a congressional subpoena should be carefully scrutinized, for they stem from a rival political branch that has an ongoing relationship with the president and incentives to use subpoenas for institutional advantage,” Roberts wrote.

Thomas and Alito dissented, saying they would have gone further and rejected the House subpoenas altogether.

“Congress’ legislative powers do not authorize it to engage in a nationwide inquisition with whatever resources it chooses to appropriate for itself,” Thomas wrote.

Roberts said both Trump and the House went too far in the positions they staked out. Trump said the House should have to show that the records are “demonstrably critical” to a legislative purpose, an approach Roberts said “would risk seriously impeding Congress in carrying out its responsibilities.”

But the House’s approach would leave “essentially no limits on the congressional power to subpoena the president’s personal records,” he said.

House Speaker said the House will pursue the case and will be able to achieve victory in lower courts.

“The path that the Supreme Court has laid out is clearly achievable by us,” Pelosi told reporters Thursday. “It is not good news for the president of the United States.”

The House case focused on the power of Congress to demand presidential documents outside of impeachment investigations. Three House committees -- Oversight, Financial Services and Intelligence -- said they were pursuing legislative goals, including updating presidential ethics laws, fighting money laundering and trying to guard against foreign influence in U.S. elections.