Nashville's Korean Veterans Memorial Bridge is bathed in blue light on April 9 in honor of first responders. A property tax increase could be one way the city tries to make up its coronavirus-induced revenue gap.
Photographer: Jason Kempin/Getty Images

Nashville’s Music Row has gone quiet, its teeming hotels have emptied and its bustling restaurants, like the Capitol Grille, a fixture since 1910, are open for take-out only.

In a matter of weeks, the coronavirus pandemic has frozen the tourist-powered economy of one of the hottest cities in America. Nashville, Tennessee, finds itself staring into what Mayor John Cooper is calling its worst financial situation ever.

Cooper did what few mayors have dared. Last month, he proposed a 32% property-tax increase to help Nashville’s city-county government weather an estimated $470 million revenue loss over the next 16 months.

“This is the last thing anybody in my job would want to be doing,” Cooper said in an interview. 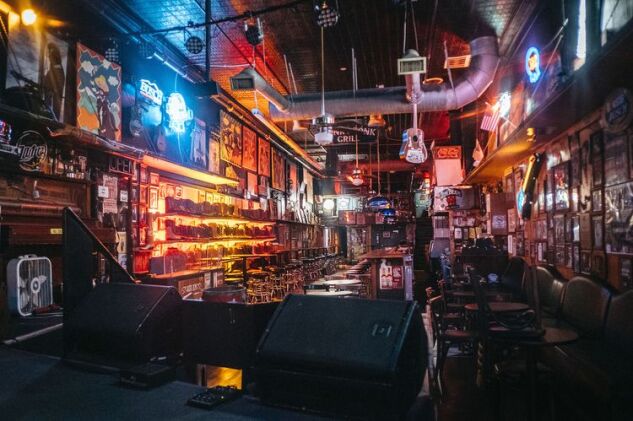 Nashville’s crisis is echoing across America. Just about every big city in the U.S. is facing revenue declines from weeks of stay-at-home orders, according to a National League of Cities survey. has earmarked $150 billion for states and local governments -- Nashville is slated to receive $122 million -- but the money must be spent on public health and can’t be used to fill budget holes.

State and local governments are in “uncharted territory” and will have to start making serious cuts if they don’t get more help, said Richard Auxier, a senior policy associate in the Urban-Brookings Tax Policy Center.

“Their revenue was literally turned off,” he said.

Few city officials around the country are following Nashville’s lead. With the pandemic comes the concern that tax hikes may dampen economic recovery at a time when millions of Americans are suddenly jobless.

Leaders of New York, Chicago, San Diego, Memphis and have all grappled with virus-related deficits without plans to increase taxes.

Seattle officials have talked about a new payroll tax to help close a budget gap that could grow to $300 million, but they had to delay discussions because of restrictions on government meetings during the pandemic. Philadelphia, with a $650 million deficit, is opting to cut services “down to the most essential,” Mayor Jim Kenney said. He would, however, raise taxes on businesses and commuters.

Greenwood said he pays about $75,000 in property taxes for one of his restaurants, Adele’s, a popular brunch spot, and the tax bill could rise by $24,000 as a result.

“These extra expenses are going to be crippling,” he said.

Nashville, like many other cities, has fiscal troubles that predate the pandemic. Taxes are political poison in Tennessee, a legacy of the Tea Party movement, and officials have engaged in financial engineering to keep them low. 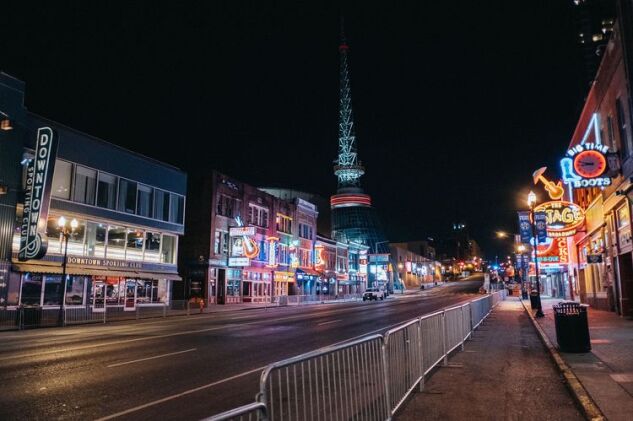 It restructured some of its municipal bonds in 2010, putting off payments to avoid higher taxes, according to the state comptroller’s office. Since then, outstanding debt ballooned to $4.4 billion in fiscal 2019.

Even as the local economy boomed, Nashville, with a population of about 670,000, resisted raising taxes. A 2017 property reassessment in the county showed a median increase of 37% in property values over the previous four years, which could have bolstered an argument for adding revenue to pay for expanded services. But a state law that mandated reassessments be “revenue neutral” resulted in some residents paying less. Nashville officials didn’t work around the rule.

“We dug some of our own hole,” said Freddie O’Connell, a city-council member.

In November, State Comptroller warned Nashville that it was cash-poor.

Cooper’s fiscal 2021 budget would avoid layoffs, but they loom.

“If this is not passed, my ability to finance next year will demand immediate and sharp layoffs, which would also be unprecedented,” Cooper said.

Even with the proposed hike, he said, property taxes would remain lower than other cities in the state and below the city’s historic norm.

Effects of the virus may have persuaded at least one reluctant lawmaker. With the metro area projected to lose at least 24,000 jobs this year, the timing of the hike “couldn’t be worse,” said city-council member Jeff Syracuse. And though he’s voted against hikes before, he said this time it may be necessary.

“A third of the county got a tax break in 2017,” Syracuse said. “That’s indicative of the unsustainability that we face.”

To contact the reporter on this story:
in New York at aalbright4@bloomberg.net