William Russell, the 692nd Lord Mayor of the City of London, waves to the crowd from the Gold State Coach during the Lord Mayor's Show in London, Britain, on Nov. 9, 2019
Photo by Ray Tang/Xinhua via Getty Images

Eight centuries of financial firepower were on vivid display on Nov.9 at the annual Lord Mayor’s Show in the City of London.

On a chilly Saturday morning in the financial district, the Bank of England and Royal Air Force joined a parade of floats and carriages from such time-honored institutions as the Worshipful Company of Feltmakers. The event showcases the City’s history and position at the heart of the British establishment. 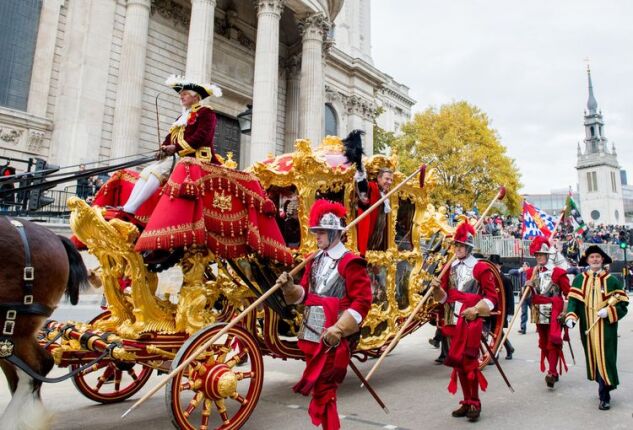 The Lord Mayor’s coach arrives in Bank in the City of London on Nov. 9.
Photographer: Ollie Millington/Getty Images

But the display of costumes and pageantry—and more than 100 horses—only weeks out from a general election couldn’t obscure what many in the Square Mile see as the unpalatable choice they face on Dec. 12.

British financiers have long been vocal critics of Prime Minister Boris Johnson. An even bleaker prospect for them is victory for Labour’s —the first leader of a mainstream party to challenge the City’s power since the Big Bang era of the 1980s. He wants to impose higher taxes on the wealthy and undo the privatizations of key industries undertaken by Margaret Thatcher.

“If Corbyn gets a mandate to form a government, it will be a fundamental change to everything we’ve had in this country for so many years,” said John Elder, a founding partner of Family Office Advisors LLP. “Intellectual and financial capital may flee, and international markets will be taking a hard look at the U.K.’s credit rating.”

Bankers, hedge fund managers and private equity chiefs are reluctant to discuss the election on record, for fear of offending any future government. Those interviewed privately by Bloomberg say they’re largely discounting the possibility of an outright Labour victory. At worst, they expect Corbyn to lead a coalition that would force him to moderate his policies.

While recent polls support this sanguine attitude—the Conservative Party has an average lead of 11 percentage points against the Labour Party based on the last —the opposition leader still has a path to power. Pollsters have misjudged the public mood before, and Brexit makes the election result even harder to predict.

If the finance industry—which still employs 1.1 million people and accounts for 6.9% of the U.K. economy—gets the election result wrong, many firms will be left scrambling to adapt.

One hedge fund—wary that a Corbyn administration would immediately hit firms leaving London with a tax—explored setting up a shadow entity in a different jurisdiction that would take over its London operations after a Labour victory. But the cost and complexity saw the idea shelved because the odds of a Corbyn victory were deemed to be sufficiently low. 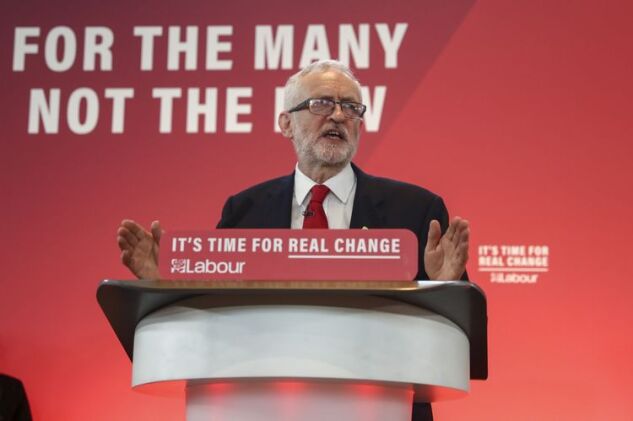 Jeremy Corbyn speaks during the launch of the party’s general election campaign in London, on Oct. 31.
Photographer: Simon Dawson/Bloomberg

Similar calculations are being made elsewhere. A top executive at a large bank said Corbyn and Shadow Chancellor would be disastrous for the City and lead to a significant downsizing of his firm’s London footprint. No major precautions are being taken until it’s clearer who will wield power.

The head of a wealth firm said while there are plenty of fears about a talent exodus, as well as Labour’s proposal to force companies to dedicate 10% of their shares to employees, few of its clients actually expect Corbyn to win.

Labour’s policies worry many in the City. In an Oct. 31 kicking off his campaign, Corbyn criticized the U.K.’s “corrupt system,” slammed billionaires, and reiterated plans to nationalize rail, mail and water companies. The party has pledged to raise taxes on capital gains, corporations and the roughly top 4-5% of individual earners.

“It will be a disaster for the U.K. economy,” said , chief investment officer of distressed debt fund manager Lonsin Capital.

Some of those fears are tempered by skepticism about the practicality of some of Corbyn’s policies. A civil servant examining how nationalizing assets might work describes it as an immensely complex process involving negotiations with dozens of other countries and stakeholders.

While most are taking a wait-and-see approach, some are acting already.

A billionaire client of one banker has frozen hiring in the U.K. until the result is known, while others have sent money abroad. Some are considering moves to jurisdictions like Italy, Switzerland and Portugal and increasing the time they spend overseas to escape being classed as U.K. taxpayers after any Corbyn victory.

Lawyers say they are having discussions with clients about bringing forward planned asset sales, dividends, bonuses and gifts to heirs ahead of the election.

For all this activity, though, the Conservative Party’s embrace of Brexit—with a hardline wing pushing for a no-deal exit from the European Union—means some analysts have made that a Corbyn-led coalition would be the lesser of two evils. Brexit threatens London’s position as Europe’s financial center, and firms are at risk of losing access to clients in the bloc.