Pelosi at the Capitol on Thursday.
Photographer: Sarah Silbiger/Bloomberg

Treasury Secretary opened this month by saying that despite the stalemate over Covid-19 relief funding, the Trump administration and Congress could agree on one thing: a stimulus package was needed.

That hasn’t produced serious negotiations, however, and prospects for a relief bill before the November election are dwindling fast.

Speaker welcomes the House back on Monday, but that’s unlikely to give fresh impetus to the discussions. Republicans and Democrats both are testing a risky strategy that the public -- and voters -- will blame the other side for failing to deliver help to millions of households and companies.

Among the unlikely events that could now break the deadlock: President changing tack amid alarm about poll numbers, a sudden reversal of economic indicators that have recently trended upward, and Pelosi or Senate Majority Leader facing a revolt by their own vulnerable, moderate members. 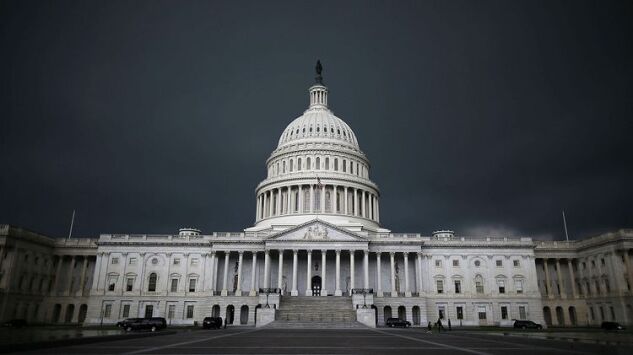 WATCH: U.S. lawmakers are returning to Capitol Hill with no movement in sight on a potential plan for Covid-19 relief funding, while some Republicans say a deal may not happen before election day.
Source: Bloomberg)

A combination of revived deficit concerns among some Republicans and a bet by progressive Democrats that the president would be forced to go along with the largest stimulus yet proposed -- beyond the $2 trillion enacted in March -- crippled negotiations, which broke off Aug. 7. 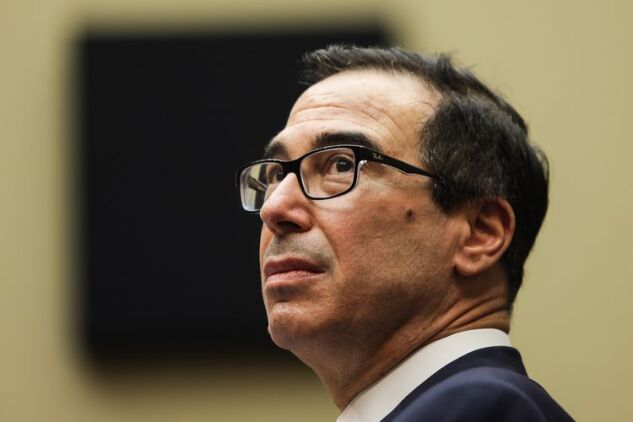 Pressure on McConnell eased after he gave his moderates an opportunity on Thursday to record a vote in favor of a Republican stimulus bill. While at about $650 billion it was short of the $1 trillion the party had previously proposed, it did offer supplemental unemployment insurance payments and an extension of help to small businesses trying to minimize layoffs. It was blocked by Democrats.

“I wish I could tell you we’re going to get another package,” McConnell said during a visit to a Kentucky hospital on Friday. “But it doesn’t look that good right now.”

Pelosi, for her part, is buttressed by polls showing her House majority is safe in November. A record of winning concessions from the White House in previous high-stakes contests, including a 2019 fight over the debt ceiling and a government shutdown last year over funding Trump’s border wall with Mexico, lies behind her public confidence that she may prove victorious again.

“I’m optimistic. I do think we should have an agreement. That’s what we all want,” Pelosi said Friday on CNN.

The main avenue runs between Pelosi and Mnuchin, who are in contact about passing a critical stopgap government-funding bill, known as a continuing resolution or CR, needed to keep agencies open when the fiscal year begins Oct. 1. The two have decided that bill will be handled separately from the stimulus talks, a decision that might have removed an action-forcing deadline that could have spurred a stimulus deal.

“The details of the CR have to be worked out and I hope we can finish that this week,” Mnuchin told reporters Monday.

As the House returns, Pelosi is holding her rank-and-file members in line behind a strategy of pushing for new concessions from the GOP. She has insisted to her caucus that sticking to a demand of $2.2 trillion will force Trump, who’s trailing in polls, to make the compromise. 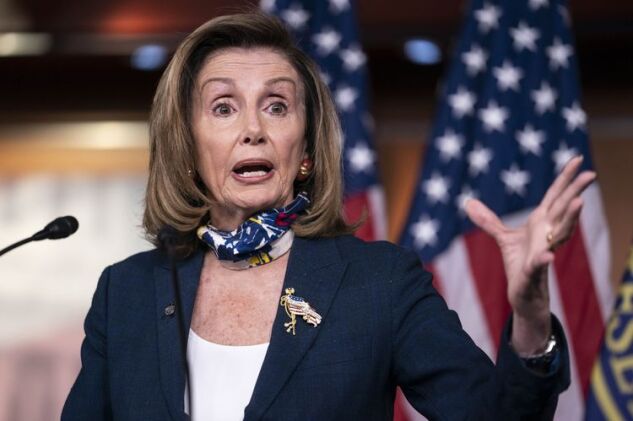 Aside from some hints from White House officials that they could spend a bit more than the $1.1 trillion they’ve so far supported, there’s no evidence Trump is willing to sign a measure as high as $2 trillion.

, House editor at the Cook Political Report, said Democratic House candidates are being boosted by a reputation of mismanagement of the coronavirus pandemic by the Trump administration. The stimulus delay isn’t registering as a negative, he said.

“Democrats do have opportunities to pick up seats outside of St. Louis, Indianapolis, Cincinnati and Omaha -- these metro areas that are historically Republican but which have turned against Trump,” Wasserman said.

That doesn’t mean Pelosi’s caucus is without dissent, however. The Problem Solvers Caucus, which includes moderate Democrats as well as Republicans, is working on a bill said to cost about $1.5 trillion.

Separately, leaders of the 26-member Blue Dog Coalition of moderates have told Pelosi they want a new bill on virus relief in September, according to a senior Democratic aide. The last vote taken was in May, on a $3.4 trillion plan. And sentiment on generating a new tally is shared outside that group, as well.

“There is concern within the caucus that we acted on this four months ago and the currency on that is fading,” said Representative of Virginia, who backs consideration of the $2.2 trillion package supported by Pelosi and Senate Minority Leader . “We can’t just go home and talk about something we passed back in May.”

Budget Chairman of Kentucky said he has told House leaders he wants a vote on a bill that includes unemployment insurance benefits.

“We should pass a targeted bill with our top immediate priorities -- UI, food support, state and local aid, maybe some small business help,” Yarmuth said in an interview. Republicans “have been able to battle us to a draw by claiming we’re unreasonable,” he said. “We should show the country we’re serious and responsible.”

Representative , chair of the centrist New Democrat Coalition, raised the idea of a new vote during a Thursday evening caucus call, but was rebuffed by Pelosi, who urged Democrats to be firm in the negotiations, lawmakers on the call said.

One House Democratic leadership aide said there is “less than 0.1%” chance of a vote happening. Pelosi is scheduled to speak with the New Democrats on a call Tuesday.

Pelosi, who’s called herself a “master negotiator,” has plenty of backing.

“There are many of us, all of us, who want a deal,” House Progressive Caucus co-chair of Washington state, said in an interview. “The negotiation is more important than just the symbolism of passing something.”

Republicans continue to describe Democratic demands as bailouts -- particularly the near $1 trillion proposed for states and cities that Pelosi and Schumer insist is needed to shore up finances wrecked by Covid-19. GOP lawmakers also say their opponents are intentionally refraining from compromise heading into the election.

Grassley said the consequence of no-deal is at least lessened by recent positive economic data. Trump and his aides have also argued that a robust recovery makes another giant stimulus package unnecessary.

Indicators have offered fodder for both sides. Rock-bottom interest rates have powered the housing market, where sales and construction have boomed, and the manufacturing sector has bounced back from its historic contraction in the spring.

But unemployment remains elevated, with Federal Reserve Chair warning it may take years for the job market to recover. Consumer confidence remains stuck near the lowest since 2014.

Mnuchin at the Sept. 1 House hearing did signal that . That was the idea behind the Republicans’ slimmed-down package blocked on Thursday -- which was estimated at $650 billion in spending, costing around $300 billion when accounting for drawing on unspent funds including some allocated to support Fed facilities.

The vote was seen by Republicans as giving vulnerable incumbents like Colorado’s , North Carolina’s , and Maine’s political cover in case no deal is reached.

“Senate Republicans weren’t on the record as being in favor of some additional Covid-19 relief legislation -- and now they voted for that,” said , McConnell’s former deputy chief of staff, who’s now a tax adviser at PricewaterhouseCoopers LLP. “That is all they can control.”

Unless a sudden breakthrough materializes in coming days, there’s little chance for those facing economic losses or extended unemployment from the pandemic to get relief before the election. Congress is scheduled to adjourn by early October.

“You are going to reach a point where you just can’t get the money out the door before the election,” Kumar said.

(Updates with fresh estimate of size of Republican’s blocked bill, in sixth paragraph, with details in fifth-to-last paragraph.)