The Senate passed a full year $1.5 trillion federal funding bill that wards off a possible government shutdown while also providing Ukraine with aid to respond to the Russian invasion of its territory.

A bipartisan sense of urgency to approve the $13.6 billion for humanitarian and security aid in response to Russia’s attack led to an overwhelming 68 to 31 vote on the legislation.

The measure, which passed the House Wednesday, now heads to President ’s desk for his signature. For majority Democrats, completing the bill in an era of hyper-partisanship counts as a major achievement. The government has been running on autopilot using Trump-era program funding levels since the start of the fiscal year on Oct. 1 and now domestic agencies will get a 6.7% boost. 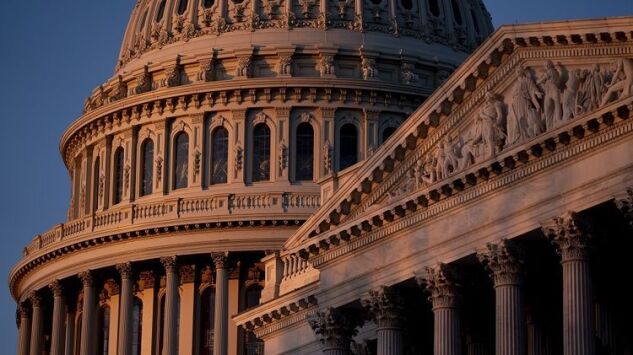 WATCH: A $1.5 trillion spending measure was passed by the U.S. House of Representatives on Wednesday that funds the government for the rest of the fiscal year and provides $13.6 billion to respond to the invasion of Ukraine. Bloomberg Government’s Jack Fitzpatrick has the details.
Source: Bloomberg

“This bipartisan funding package represents a robust and unapologetic investment in the American people: it will give our troops a raise, provide more money for schools and Head Start Programs and Pell Grants, reauthorize the Violence Against Women Act, fund the President’s cancer moonshot, and open the floodgates for funding the Bipartisan Infrastructure law,” Senate Majority Leader said.

With a Friday midnight deadline to prevent a government shutdown looming, the House also sent the Senate a stopgap bill to keep federal operations funded through March 15. That bill also passed, allowing the more than 2,700-page full-year spending measure to be proofread and printed without the risk of a shutdown. 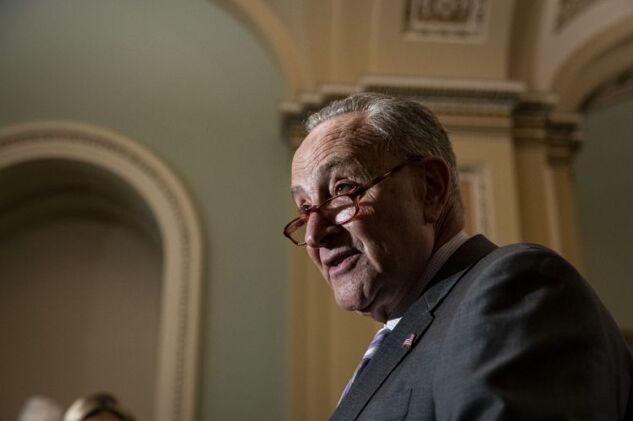 Missing from the legislation is $15.6 billion in emergency funding for the coronavirus pandemic, which was stripped out after some House Democrats objected to paying for it with cuts to state and local government aid. Schumer said that Democrats will look for ways to fund the Covid response, but cuts likely will have to be found elsewhere to get a standalone bill through the Senate, where Republican votes will be needed for passage.

Republicans hailed the increases for the defense spending in the bill in justifying their support. The annual spending for the Pentagon alone comes to $743.4 billion, $28.4 billion above the president’s request of $715 billion for the year.

“The road to peace runs through American power. We all know it’s true. So we have to budget accordingly,” Senate Minority Leader said on the Senate floor. 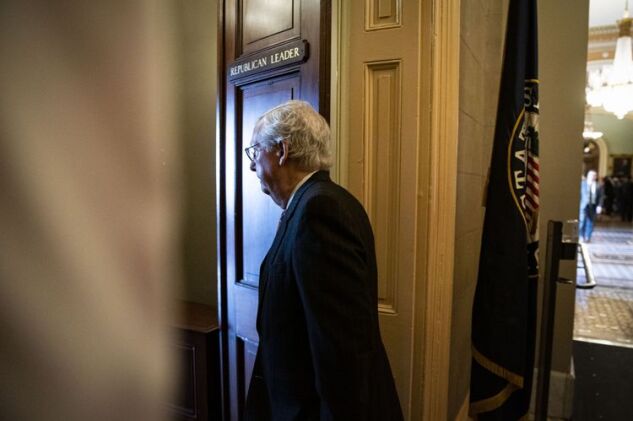 Politically, the bill could provide incumbents from both parties a boost on the midterm campaign trail. For the first time since a ban went into effect in 2011, the bill contains billions in earmarked spending for lawmaker pet projects. Lawmakers already are promoting the money for projects in their communities.

Other highlights of the far-reaching bill include:

To contact the reporter on this story:
in Washington at ewasson@bloomberg.net