A superyacht made by Abeking & Rasmussen at the 2019 Monaco Yacht Show. The Biden administration plans to close tax loopholes favored by the richest Americans.
Photographer: Balint Porneczi/Bloomberg

The rich shouldn’t be too afraid of Joe Biden’s tax plans. It’s the really rich who should be getting nervous.

The U.S. president is set to unveil a tax package on Wednesday that promises to raise revenues from those earning $400,000 or more a year. But executives and professionals making over $500,000 annually already pay relatively high tax rates.

What has potentially far greater ramifications is that Biden and Democrats in Congress are threatening to target a much wealthier group — the growing number of Americans with fortunes starting in the tens of millions of dollars — who often pay lower tax rates than many middle-class families.

Biden, along with and other members of Congress, have floated plans to end a long list of sometimes-obscure deductions, exclusions and loopholes that are favorites of the 0.1%. If some of this passes, it will transform how the very wealthy manage their portfolios and pass on their assets to future generations. 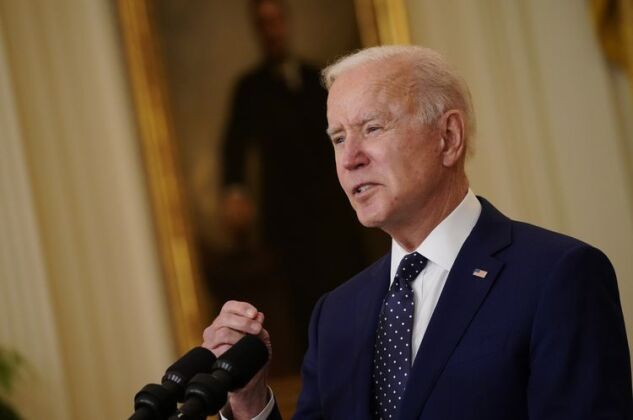 “The most dramatic pieces are harder to understand and those that most people haven’t heard of,” said , chair of the private client services group at Los Angeles law firm Greenberg Glusker. “My fear is that those are what’s going to be snuck into tax bills. Those really change the landscape of what kind of planning can be done.”

The details of these rules may matter far more than whatever top marginal tax rate Congress finally agrees on. “When you focus on the rate, it’s often missed that what wealthy people pay is actually much lower,” said Chuck Marr, senior director of federal tax policy at the left-leaning Center on Budget and Policy Priorities.

One group is made up of generally high-earning professionals and executives — who have relatively few ways to avoid the top ordinary income tax rate of 37% on their earnings. For those living in states such as California and New York, overall marginal rates hover around 50%. Some of them could see their taxes rise next year, especially if the top rate goes from 37% back to the Obama-era 39.6%, as Biden has previously proposed.

But the pain could be offset for some by an end to the $10,000 limit on state and local tax, or SALT, deductions imposed by the 2017 Republican tax law. Many Democrats are pushing for an end to the SALT limit despite concerns from progressives that doing so would primarily benefit the wealthy.

Then there’s the second group — many of Mezzanotte’s richest clients — who don’t pay these high income tax rates. That’s because they aren’t primarily earning money through their labor. Instead, they’re living off investments, and therefore get to pay the lower rate on capital gains and dividends of 23.8%. For a typical client like this, the effective federal tax rate can be 20 to 22%, he said, and some — especially those with real estate holdings — can pay even less.

Biden is planning a to the capital-gains rate, bringing it to the ordinary income tax levels for those earning $1 million or more. That may simply discourage the wealthy from ever selling their winning investments, although the president and other Democrats have floated various proposals that make capital-gains taxes harder to avoid.

One idea is to end a rule called “step up in basis,” which allows any taxable gains on assets to be wiped away at death. For years, Biden decried the obscure rule, pointing out that it allows the wealthy and their heirs to completely avoid taxes. Biden will propose ending the rule, according to a person with knowledge of the proposal.

Ending would transform how the very wealthy manage their portfolios. Advisers now generally encourage clients to hold onto their most highly appreciated assets as long as possible in order to take advantage of the rule. Requiring heirs to pay capital gains “would change everything we do in the planning world,” said UBS senior wealth strategist Brad Dillon. “It would change the calculus of planning entirely.”

Campaigning for president, Biden was less specific about plans for the estate and gift tax. The 40% levy can be easily avoided with a variety of trust strategies. “They’ve made Swiss cheese out of that tax,” Marr said. Its reform has been a long priority of Democrats.

A bill proposed by Vermont Senator Sanders would eliminate most of these loopholes. For example, it would put a time limit on , vehicles designed without an expiration date that are used to pass fortunes not just to children and grandchildren but future unborn generations as well.

Even if Biden doesn’t endorse Sanders’ entire bill, advisers to the wealthy fear that lawmakers could slip some of these proposals into the final legislation. The effect would be to un-do or complicate decades of planning by the U.S.’s wealthiest families.

“A ‘revolution’ is not too powerful a word” for some of the ideas being discussed, said Edward Renn, a partner at Withers. “I don’t think it’s going to be possible for wealthy investors to escape these tax hikes unless they engage in sophisticated planning.”

Rich taxpayers could find themselves squeezed between paying higher income tax rates now or a stronger estate tax at the end of their lives. The best course of action may depend on unknowable factors, like what investment returns look like in the future, or whether tax laws change significantly again in several years.

The wealthy may also find themselves in many more battles with the Internal Revenue Service. Biden is expected to propose , which has been decimated by budget cuts over the last decade, in order to boost audits of rich individual individuals and large corporations. Last month, a study found isn’t being reported to the IRS.

The question is how many legal methods of avoiding taxes can survive Biden’s tax bill if it becomes law. Some strategies already being discussed by advisers, like those involving life insurance, could also be targeted in a final bill.

With big changes looming, rich Americans are trying to take advantage of current rules by moving money now. For example, advisers and clients are considering selling assets with big gains in 2021, in order to avoid a higher tax rate later.

Also, at least for now, taxpayers can still use trust strategies, and they’re allowed to transfer an unprecedented amount of money, more than $23 million for married couples, to heirs without triggering an estate and gift tax.

“People are scrambling to get assets out of their estates now,” Mezzanotte said.

Some families are being rushed into quick decisions about transferring wealth, sometimes to very young children, said Josh Baron, a co-founder and partner at BanyanGlobal. “You have these estate-planning considerations that are very immediate,” he said. “But they also have these non-financial implications on family dynamics, on making sure the next generation doesn’t feel entitled.”

Making these investing and legal decisions more difficult is the uncertainty over what ends up in Biden’s final legislation — if it passes at all. Another open question is when new rules will be implemented. Most are assuming a tax law won’t be retroactive to the beginning of the year, but rules could take effect at any point in 2021, including the date legislation is proposed or the date it’s enacted. Or, lawmakers could make changes effective at the beginning of 2022.

“We might have all year to do this — and we might not,” said Beth Kaufman, a tax attorney at Caplin & Drysdale in Washington, D.C. With so much uncertainty and so many ideas swirling around, “it’s a little hard to know what direction to go in at the moment.”

To contact the author of this story:
in New York at bsteverman@bloomberg.net

To contact the editor responsible for this story:
at pnarayanan9@bloomberg.net