The U.S. Treasury Department building in Washington. The worldwide income of U.S. citizens is subject to U.S. taxation regardless of where they live.
Photographer: Joshua Roberts/Bloomberg

Our process began in April when we posted our call for submissions. After that, a panel of judges from the Bloomberg Tax & Accounting team reviewed the entries and scored them on points from organization to voice and style. Our three winners—from schools around the globe—represent the best new talent in the tax profession.

Today’s winning entry is from the University of East Anglia’s Elliot Bramham.

The long arm of the IRS compels all U.S. citizens abroad and many financial institutions to report to the U.S. authorities. While an increasing number of Americans move or are born overseas, citizenship-based taxation continues to complexify their lives and burden institutions.

The 2010 Foreign Account Tax Compliance Act (FATCA) has wreaked havoc on the lives of citizens abroad who own assets and operate bank accounts where they live. Naturally, as they satisfy the bona fide residence and/or physical presence tests, most overseas citizens benefit from the Foreign Earned Income Exclusion (FEIE) on all or part of their main income. This threshold indexed for inflation currently stands at $108,700 for 2021.

Regardless of income, numerous forms must be filed annually to avoid severe penalties. In addition to Form 1040, even the most impoverished citizens abroad are required to file a Report of Foreign Bank and Financial Accounts (FBAR) and Form 8938.

Having been introduced without automatic adjustments for inflation, the thresholds for FBAR and Form 8938 have never been revised. Years later, the cost and complexity of administering these forms for a relatively low population with a disproportionately small income tax collection has become a burden for citizens, financial institutions, and the tax authorities.

Since the year 2000, 57% more Form 1040s have been filed from overseas (Exhibit 1). With a rising number of filers, an increasing amount of time is spent on tax compliance. The hours taxpayers are required to spend filing escalates exponentially with the complexity of the reporting, and can easily be in the hundreds for passive foreign investment companies (Form 8621).

Moreover, mistakes will result in egregious penalties. For FBAR, in 2021 a non-willful violation results in a $12,921 fine, per year not filed (recently reaffirmed in United States v. Giraldi). If the IRS considers the failure to be willful, the penalty will be raised to the greater of $129,210 or 50% of the account balance at the time of the violation (and unlike the thresholds, the fines ARE adjusted annually for inflation).

Even if they have no tax liability, the complexity of such a situation feeding the fear of noncompliance drives many U.S. citizens at home and especially abroad to call on tax professionals. On the other hand, the administrative burden shouldered by the IRS is inordinately heavy compared with the revenue gathered. 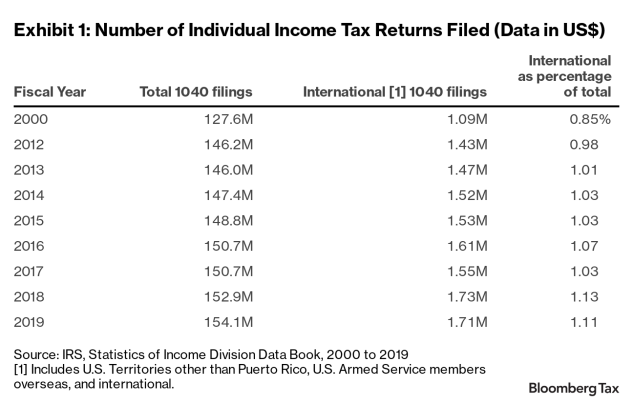 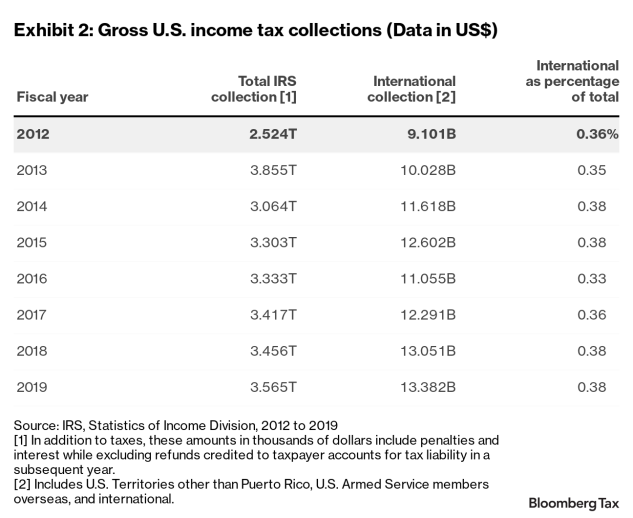 As of now, the current system effectively creates a new taxation regime for every jurisdiction in which the overseas citizen resides. Beyond mastering the tax code, agents are required to navigate the laws and financial products of multiple jurisdictions in addition to being versed in any bilateral taxation treaties and social security agreements in place.

As opposed to the continuously amended Bank Secrecy Act of 1970 and its associated penalties, the original $10,000 FBAR reporting threshold has never been revised. The amount set 61 years ago when President Richard Nixon signed it into law would be equivalent to more than $90,000 today.

Regarding the Statement of Specified Foreign Financial Assets (Form 8938), it was introduced as part of FATCA in 2010. Again, the $50,000 threshold on the total value of assets on the last day of the tax year, or more than $75,000 at any time during the tax year, have never been revised. Factoring in inflation over the last 11 years, these numbers would now equate to more than $60,000 and $90,000 respectively.

When compared to the $108,700 FEIE, the outdated FBAR and Form 8938 limits become apparent and evidently, the consequences were not originally intended.One logical solution would be to unify these thresholds, indexing them to offset the effect of inflation, and bring them closer to the FEIE, which has been adjusted annually. Accepting the ever-increasing tax complexification, such minor changes could seemingly be successfully implemented with far greater results than harsher systemic reforms.

Tax code Section 1 imposes an income tax on the income of every individual who is a citizen or resident of the United States. As the 2020 article A Simple Regulatory Fix for Citizenship Taxation expertly sets out, the U.S. Department of the Treasury can define, restrict, and even extend the definition of those subject to taxation. It could unilaterally end the complexities of the global taxation regime affecting citizens abroad.

However, a Treasury regulation could effortlessly be reversed by an unfavorable administration. In contrast, Congress appears to have the authority to bring lasting changes.

Fixed thresholds do not constitute a novel issue. When introduced in 1969, the alternative minimum tax did not receive automatic inflation adjustments. Instead, between 1999 and 2010 Congress enacted eight laws for adjustment purposes before the 2012 American Taxpayer Relief Act permanently indexed it.

If the answer is so simple, then why are these thresholds still in place? Perhaps because no overall cost/benefit analysis has ever been undertaken on a subject considered unimportant at best, and likely to be poorly perceived by constituents at home. In consequence, Congress shies away from the issues affecting overseas Americans. After all, it is a long-held cliché that U.S. citizens with foreign assets or bank accounts are wealthy and trying to commit tax fraud.

Currently taxed without proper representation, Americans abroad have few opportunities to make their voices heard and set the record straight. It is worth remembering that Congress does not include members elected specifically to represent citizens abroad. When these citizens do express themselves, their vote is split across the many districts. As of now, their lobbying efforts have been akin to tilting at windmills.

By imposing domestic tax law abroad, the U.S. has created an unruly machine that neither those tasked with enforcement nor the affected citizens can possibly be expected to fully understand. The unintended consequences and collateral damage impact both citizens and the IRS itself. The seemingly simple act of updating thresholds for individuals would end an unnecessary reporting workload and the waste of administrative resources for little gain.

Elliot Bramham is a student at the University of East Anglia.

(Exhibit #2 has been corrected to reflect the correct dollar figures. This story was originally published Sept. 3.)