GameStop Corp. was at the center of a flurry of stock trading activity that has drawn scrutiny from lawmakers.
Photographer: Tiffany Hagler-Geard/Bloomberg via Getty Images

Some Democrats in Washington are seizing on the recent frenetic trading in to push the financial transaction tax long favored by progressives, setting up a battle with Wall Street firms that bitterly oppose the idea.

After a House hearing Thursday to examine the GameStop issue, Representative , the California Democrat who chairs the committee, said she is considering such a tax, which came up several times during testimony.

Investment firms and stock exchanges are lining up lobbyists and public-relations firms in hopes of stopping the tax, which could decrease trading activity and lower earnings. They see it as harmful to the average American trying to save for retirement. 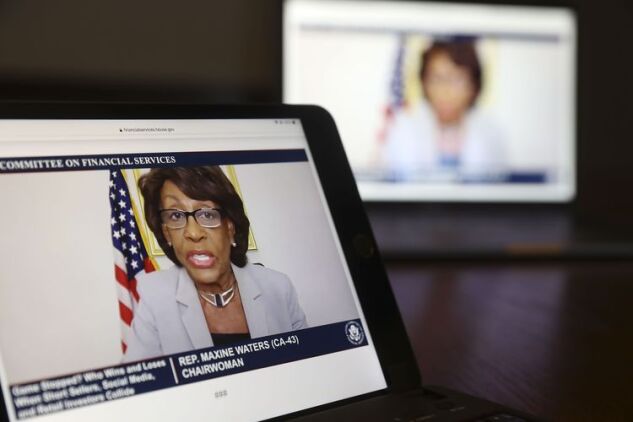 , whose popular, commission-free trading app helped ignite the stock frenzy, this month registered its first and said the proposed tax is one of the issues they will tackle. At Thursday’s Financial Services Committee hearing, Robinhood Chief Executive Officer said the tax would be a bad idea but wasn’t given a chance to explain why.

Exacting a tiny sum from every securities trade is a concept that liberal Democrats, including Senators and , have pushed for years. They see it as a way to curb the kind of speculative betting that led to last month’s chaotic swings in the market and to fund Democratic priorities such as increased public-works spending.

A financial transaction tax hasn’t garnered support from some top Democrats, including Senate Majority Leader of New York, who has been wary to back an idea targeting a key industry in his state. To become law, bills that include a financial transaction tax would likely need united support from Democratic lawmakers, making the effort an uphill climb.

The tax failed to gain steam a decade ago because of uncertainty over how it would affect the returns of retail investors and markets recovering from the financial crisis.

Wall Street lobbyists and Republican lawmakers also opposed the idea, often pointing out that some European countries that imposed transaction taxes later withdrew them. The tax mostly failed to raise the amounts proponents promised; it also drove securities trading and jobs to other countries. 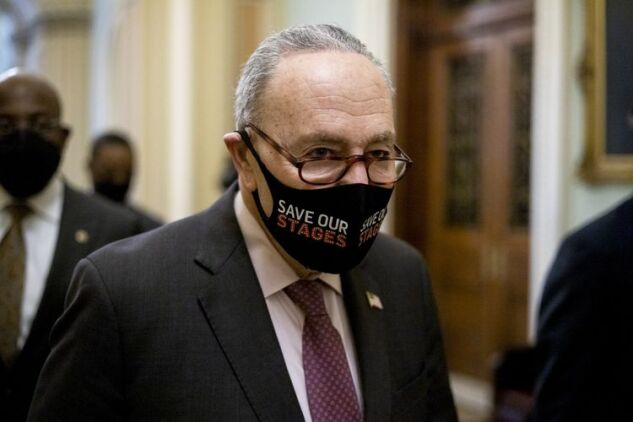 Efforts to adopt an EU-wide levy also foundered, though some European Union member countries are again floating the as a way to raise funds to bolster economies hit by the pandemic.

One measure now gaining traction, by Oregon Democrat , proposes a levy on trading firms of 10 cents for every $100 of securities traded, though other proposals have gone as low as 5 cents and as high as 50 cents.

In January, South Carolina Representative , the No. 3 Democrat in the House, threw his support behind the tax. Clyburn noted that the DeFazio proposal was projected to raise $777 billion over 10 years, money that could be used to fund spending on job-creation initiatives and health care.

“The speculation that we’ve seen in the market, not just around GameStop but in all of the casino that is Wall Street, has raised the attention,” said , a lobbyist and managing director of the Congress Watch division of Public Citizen, a progressive advocacy organization. “Those dollars are very attractive.”

Waters said she hadn’t come to a conclusion on whether to support a transactions tax. “I’m very interested and I do think it portends possibilities for revenue that may be desperately needed,” she said.

A smaller financial transaction tax, such as one targeted to certain securities or with an extended phase-in period, is a “very real possibility,” said Compass Point Research & Trading analyst , noting that it could generate revenue to pay for Democrats’ policy priorities.

As a candidate in 2019, President expressed support for the tax but he never released a detailed proposal. The White House didn’t respond to a request for comment. 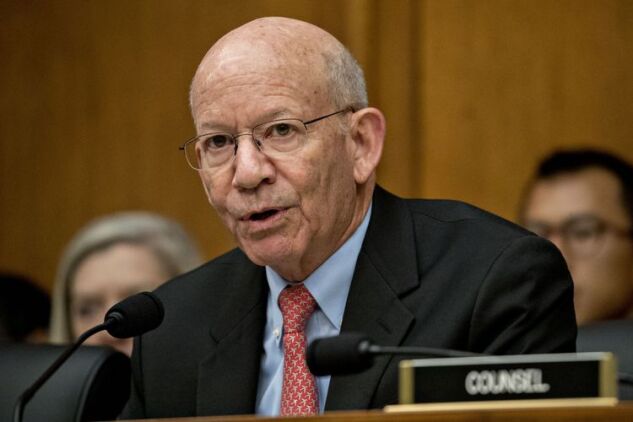 During Thursday’s hearing, Michigan Democrat sparred with Citadel founder over the tax, which she framed as a way to address inequality. She called it “one way to ensure that this enormous wealth generated on Wall Street actually reaches the real economy.” Griffin argued that it “will injure Americans hoping to save for retirement.”

A financial transaction tax would eat into the returns of Griffin’s Citadel businesses -- a hedge fund and a market maker -- that would be dinged every time they make a trade. Investment funds and firms that trade the most, such as high-frequency traders, could face the highest costs.

Public Citizen and other groups are circulating a letter in support of DeFazio’s bill. The levy is “an important step toward having Wall Street pay its fair share of taxes,” says the letter, whose signatories so far include the liberal Economic Policy Institute and unions such as the AFL-CIO and International Brotherhood of Teamsters.

In addition to efforts in Congress, lawmakers in New York, New Jersey and Illinois have proposed local taxes on financial transactions. In response, exchanges such as the New York Stock Exchange and market makers including have threatened to move operations out of those states to avoid the tax. A national tax would undercut those threats.

Wall Street firms are girding for battle. Investment giants and trade groups including , the Securities Industry and Financial Markets Association and the Investment Company Institute said they’re lobbying on the issue. 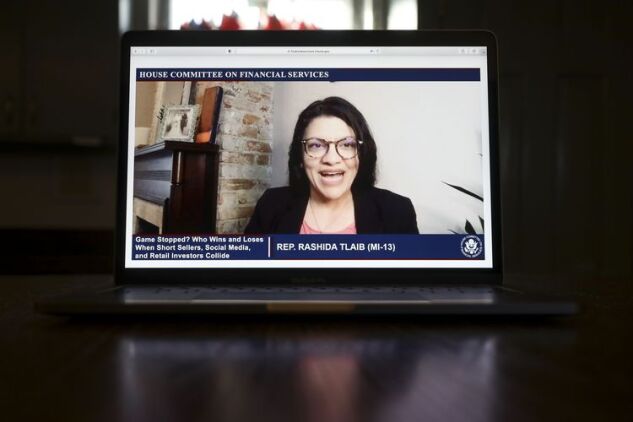 A group of nonprofits in the U.K. in 2010 organized to support a financial transaction tax, even dubbing it the “Robin Hood tax,” with the idea that it would take from the rich to help the less fortunate. It caught on in the U.S. as Democratic lawmakers proposed their own bills, which never moved forward once Republicans regained control of the House in 2010.

A financial transaction tax also took the stage during the 2020 Democratic primaries. As a candidate, Vermont Senator Sanders, who now helms the Senate Budget Committee, proposed a levy on all trades as a way to finance his plan for tuition-free college.

Michael Bloomberg, the founder and majority owner of Bloomberg LP, the parent company of Bloomberg News, also offered a during his presidential primary effort.

At the time, lobbyists circulated research by Vanguard that claimed a measure similar to DeFazio’s would reduce investor returns by more than one percentage point per year. Vanguard came under fire for its assumptions, such as basing its calculation on the high turnover rate of an actively managed small-cap stock fund. The company later released estimates for more typical types of mutual funds and said in many cases the tax would hurt returns by less than 0.3 percentage point.

One advocacy group, the Partnership to Protect Our Retirement Future, planted paid consultants at candidates’ town hall-style meetings to frame the tax concept as an affront to retirees, the public relations firm that formed the group acknowledged to Reuters. Locust Street Group, the PR firm, didn’t respond to a request for comment.

North Carolina Representative , the lead Republican on the House Financial Services Committee, in October introduced his own bill, the Protecting Retirement Savers and Everyday Investors Act. It would prohibit states from imposing taxes on transactions.

To contact the reporter on this story:
in Washington at jlight8@bloomberg.net

To contact the editors responsible for this story:
at sforden@bloomberg.net