This is a weekend roundup of Bloomberg Tax Insights, which are written by practitioners, featuring expert analysis on current issues in tax practice and policy. The articles featured here represent just a handful of the many Insights published each week. For a full archive of articles, browse by jurisdiction at Daily Tax Report, Daily Tax Report: State, and Daily Tax Report: International.

This week we look at defending the arm’s-length principle, composite returns for pass-through entities, the BEAT and the service-cost method, ignoring legislative intent in Pennsylvania, and more. We’ll hear from: 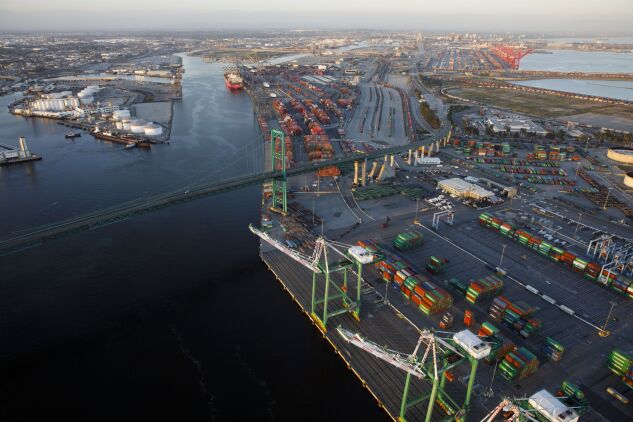 While many rules have “gone out the window” since the pandemic began, some are worth keeping. Lorraine Eden of Texas A&M University says transfer pricing’s arm’s-length principle remains robust and flexible and defends it against three popular criticisms. Read: David and the Three Goliaths—Defending the Arm’s-Length Principle

An out-of-state taxpayer is challenging an Alabama statute that requires pass-through entities to pay a 5% income tax on the distributive shares of Alabama-source income flowing through to their nonresident owners. Kelvin Lawrence of Dinsmore & Shohl LLP and Bruce Ely of Bradley Arant Boult Cummings LLP say the case is one to watch, because it is one of very few to focus on Commerce Clause discrimination claims against composite return statutes for pass-through entities and their nonresident owners. Read: Taxpayer Appeals Loss in Rare Constitutional Challenge to Composite Return Statute

The final base erosion and anti-abuse tax (BEAT) regulations impose specific eligibility and compliance requirements on taxpayers who would like to benefit from the service cost method (SCM) exclusion. Kenneth Christman, Carlos Mallo, and Joana Dermendjieva of EY review these requirements and compare them to the requirements for applying the SCM under the Treasury Regulations on Controlled Services Transactions. Read: A Little BEAT More on the Service Cost Method Exclusion

In June and in September, the Department of Labor proposed amendments to its regulations governing retirement plan fiduciaries. These amendments would discourage ESG/sustainable investing by prohibiting fiduciaries from making investment decisions that take into account any non-economic concerns. Albert Feuer queries whether there is a convincing legal basis for this policy. Read: DOL Lacks a Convincing Legal Basis for Attempts to Discourage ESG/Sustainable Investing

The Pennsylvania Commonwealth Court recently ruled that, for the purposes of apportioning corporate income before market-based sourcing was enacted, sales of services should be sourced to a state if the recipients of the services received the benefit of the services in that state. Joseph Bright and Heidi Schwartz of Cozen O’Connor say the ruling is contrary to legislative intent and, as it stands, would validate an incorrect interpretation of the statute, impede the attorney general, and undermine the effect of legislative changes to Pennsylvania statutes. Read: Pennsylvania Commonwealth Court Sustains Revenue’s Source Analysis

If your accountant sets you up in a tax shelter that the IRS later disallows and then settles in your malpractice suit, you might end up owing tax on the settlement and owing the government’s litigation expenses. Robert Willens examines a recent case where the taxpayers ended up in such a position. Read: Accountant’s Settlement Payment Not Excluded From Gross Income

We broke down major virus aid questions facing businesses in a five-part series. We also lay out what to expect from Congress with insight from Henrietta Treyz of Veda Partners. Catch up on our deep dive.

Howard Lee, CEO of SōRSE Technology, a supplier of CBD products, told Bloomberg Tax that the pandemic is changing the outlook on legalization of THC—the active ingredient of cannabis products—not only when it comes to recovering tax revenue, but also when it comes to social justice issues. And outstanding issues from the 2017 Tax Cuts and Jobs Act could stymie innovation within the cannabis industry, he said. Read: Corporate Tax Chat with Howard Lee of SōRSE Technology

The OECD-led Inclusive Framework on base erosion and profit-shifting (BEPS) continues its program of work on the tax challenges of digitalization. Jeff VanderWolk of Squire Patton Boggs wrote that the eventual policy must be based on reality and not such myths as that digital multinationals are not currently paying their fair share in market countries or that higher taxes won’t be passed on to consumers.

The U.S. Supreme Court has denied certiorari to Altera Corp., now a subsidiary of Intel Corp., in its challenge to the validity of a transfer pricing Treasury regulation requiring related parties to share stock-based compensation. KPMG practitioners analyzed what the denial means going forward.

The legal tech industry is thriving and shifting attention to law firm clients—the ones who control the nearly $450 billion of annual spending that goes into law firms’ pockets, according to Nick Whitehouse, CEO of AI contract management service McCarthyFinch. Internal legal departments use AI technology for due diligence, as well as daily contract reviews to increase productivity and accuracy. Read: Legal AI 2.0 Is Now Appealing to the Masses

Covid-19 has changed the way we live and work and should be a catalyst for virtual options for critical government services. The federal government must take the lead to leverage existing technology so every benefit, permit, license, and registration that requires individuals to show up in person will be accessible virtually, says Cas Holloway, head of public enterprise at Unqork and former New York City deputy mayor for operations. Read: Covid-19 Will Spur Remote Government Civil Services

The pace of global M&A transactions is increasing due to impacts of the global pandemic, making it more important than ever for foreign investors and their counsel to understand changes made by the Committee on Foreign Investment in the U.S. StoneTurn partners offer ideas on how dealmakers and their counsel can prepare. Read: Export Controls Claim Spotlight as CFIUS Shifts Approach

California has created a new, beefed-up state financial regulatory agency to protect consumers. Matthew Kopko, vice president of public policy for DailyPay, says it puts tools in place for a fintech regulatory framework for the 21st century, and that all eyes will be on the enforcement actions taken by the new Department of Financial Protection and Innovation. Read: California Hits a Home Run With New Fintech Watchdog

(*Note: Your Bloomberg Tax login will be required to read the following content.)