Visions of America/UIG via Getty Images

The White House is signaling to Congress that President could reject a new coronavirus aid bill if it doesn’t include a payroll tax cut, adding a new complication to already contentious negotiations between Republicans and Democrats on the next round of stimulus.

“President Trump wants to provide relief to hardworking Americans who have been impacted by this virus and one way of doing that is with a payroll tax holiday,” White House spokesman Judd Deere said Thursday in a statement. “He’s called on Congress to pass this before and he believes it must be part of any phase four package.”

Trump considers suspension of the tax measure a red-line issue in talks, one person familiar with his thinking said, speaking on condition of anonymity.

Trump, with backing from conservative groups, has regularly called for a payroll tax holiday, and even mused about making it permanent. But many Republicans in Congress have been cool to the idea and Democrats have been solidly against it.

The two parties are already far apart on how much and where to spend in the next virus relief package, and adding the payroll tax to the mix threatens to drag out negotiations. Much of the last stimulus will begin running out in the next few weeks and the economy is continuing to reel as the pandemic rages across the country.

The administration has insisted on the payroll tax cut in conversations with congressional Republicans as they draft a bill for planned release next week, according to people familiar with the talks. A GOP official said it was brought up by Vice President during conference call Wednesday with House Republicans.

Senate Majority Leader has not come out against the idea. But as he repeatedly plugs provisions he wants to include in GOP legislation -- liability protections for employers and extended unemployment assistance -- any kind of tax cut hasn’t been on the list.

Senate Finance Chairman has been non-committal.

“Chairman Grassley looks forward to working with the administration and his fellow lawmakers on the next coronavirus bill. A number of tax relief proposals will be part of the discussion,” Grassley’s spokesman Michael Zona said Thursday.

One House GOP official downplayed the White House statement, saying the idea has been floated before without coming to fruition.

Some Republicans have raised concerns about the time it would take to implement it and get money into the pockets of Americans with jobs. Direct checks to individuals are seen as quicker. Democrats argue that it wouldn’t help the millions of Americans without jobs or paychecks.

In addition, the payroll tax funds Medicare and Social Security and suspending or cutting the levy would blow a fiscal hole in both programs. If Trump were to get the maximum cut -- eliminating the full 15.3% payroll tax that is split between employees and employers -- that would cost roughly $100 billion a month, according to estimates from the Committee for a Responsible Federal Budget.

With Republicans aiming to keep the total price tag of the next stimulus at about $1 trillion, inclusion of a payroll tax cut could mean other elements get pared or dropped. 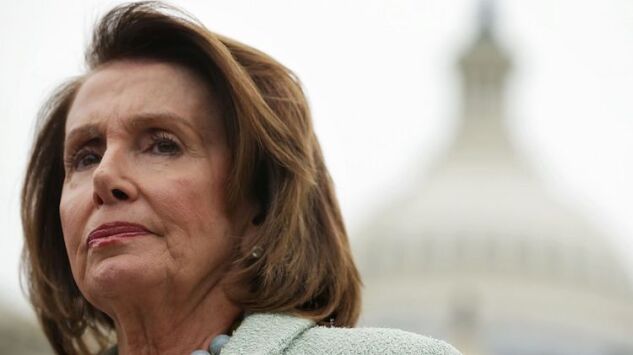 WATCH: House Speaker Nancy Pelosi says she has no doubt Senate Republicans will come around on the next economic stimulus plan.
Source: Bloomberg)

Democrats have proclaimed it a non-starter in negotiations.

“Five months into a once-in-a-century economic crisis, Donald Trump still has only one idea: tax cuts,” Oregon Democrat , the top Democrat on the Senate tax-writing committee, said in a statement. “A payroll tax cut would do nothing to help the 20 million workers who have lost their jobs, and little for those working significantly reduced hours.”

The individual effects of a payroll tax cut are relatively modest. For every percentage point cut to the tax, a worker earning between $50,000 and $75,000 would see an average $382 more in their paycheck spread over a year, according to Kyle Pomerleau, an economist at the American Enterprise Institute. A full repeal of the employee portion payroll tax would amount to a $2,922 tax cut over twelve months, or $112 extra in biweekly paychecks.

Even with that money circulating, individuals who get the extra cash would likely be hesitant to spend the influx in an uncertain economy. Those willing to spend it would have fewer opportunities to do so while travel, dining and entertainment opportunities are limited.