The groundbreaking research behind one of the most anticipated scientific developments in years would seem like a slam-dunk boost to pharmaceutical companies’ 2020 earnings.

Thanks to U.S. accounting rules developed more than four decades ago, the research and development underpinning coronavirus vaccines is counted as an expense that dings earnings, not an asset that enlarges it.

In periods of intense behind-the-scenes research, those expenses balloon, making sizable earnings dents in one period and potentially big gains in another if the work comes to fruition.

Accountants and investors have debated for decades whether this treatment of the behind-the-scenes investment in research-heavy industries makes sense and whether it belongs on companies’ balance sheets. Such conversations have intensified as companies like Pfizer Inc. and Moderna Inc. race to get coronavirus vaccines to the finish line.

“Money is expended and value is created, but we get nothing,” said Janet Pegg, analyst at Zion Research Group.

There has to be a better way to help investors understand the value behind a company’s R&D activities, some analysts say. But as U.S. accounting rulemakers consider whether to change accounting requirements for intangible assets, which can include costs for R&D, they face complicated dynamics.

For the most part, investors and analysts have learned to live with the mismatch between how the market perceives groundbreaking advancements and how the financial statements portray them.

Essentially, they ignore it. Most analysts view the expenses behind R&D as a good thing, said Ron Graziano, accounting & tax research analyst at Credit Suisse LLC.

“The premise is that the R&D has the ability to generate future cash flows,” Graziano said. “It’s completely different from just spending on the lights or the office space or things like that.” 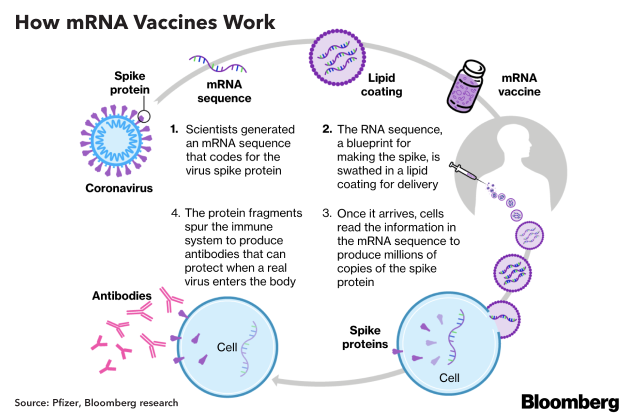 The official accounting treatment for R&D is so contrary to what most analysts consider a typical expense that many investors give it their own spin for analysis purposes. Credit Suisse’s internal valuation framework undoes the official accounting treatment and capitalizes it —viewing the costs as included in part of the asset’s value. It then amortizes, or spreads the cost out, over its useful life.

Doing so aims to better convey a company’s return on what it invests in research and development. It also helps better comparisons across different industries and between U.S. and international companies, Graziano said.

“We think you get a better understanding of companies if you look at it over time as opposed to including a big expense in the current period,” Graziano said.

Despite investor wariness, there’s little appetite for the Financial Accounting Standards Board to fundamentally change how R&D is treated.

Simply letting all business capitalize R&D as an asset would lead to questions about how companies can put a price tag on hard-to-value research. For pharmaceutical companies in particular, there are further complications. That’s because they rarely work alone. There are partnerships and collaborations, licensing arrangements, and the complexities of differentiating between organic research and development versus research and development that’s acquired when a company buys another.

There are so many moving pieces, it would require a major undertaking from accounting standard-setters.

“It’s almost impossible to have the accounting be the same,” Graziano said.

Plus, not all ideas will pan out, said Sara Toynbee, accounting professor at the University of Texas at Austin. If a company spends three years developing a new technology or drug and it doesn’t end up working, the company would have to take a big impairment, or a writedown of the value of the asset, which would hurt its earnings.

“That wouldn’t necessarily be an improvement,” Toynbee said.

The Financial Accounting Standards Board issued what was then known as FAS 2 in 1974, the second piece of guidance the U.S. accounting standard-setter produced. Now called ASC 730, it requires companies to expense most R&D costs as they incur them. FASB at the time reasoned that the future benefits of brainpower were at best uncertain, and there was no guarantee an economic resource would be created.

In contrast, international accounting rules issued in 2004 as IAS 38 distinguish between accounting for research costs and accounting for development costs. Spending during the research phase should be expensed, but development-phase costs can be recognized as an asset if the business can prove that whatever they develop can be used or sold.

The difference between the U.S. rules and rules from the International Accounting Standards Board makes it hard to compare financial statements of U.S. companies with those of European and Asian companies’. The U.S. way of accounting for R&D also has gotten bashed in the halls of Congress. Rep. Brad Sherman (D-Calif.), a CPA, said in a January Financial Services subcommittee hearing that the U.S. accounting “hurts our competition around the world and is responsible for us not getting a lot of the research results we need.”

Few believe, however, that accounting makes tech or pharmaceutical companies delay high-stakes research. At a FASB advisory panel discussion in September, Gordon Edwards, CFO of Marshfield Clinic Health System, said businesses might gripe about the rules, but “that won’t drive what we do.”

If rulemakers shy away from the recognition and measurement of R&D, investors and analysts would like them to require companies to disclose more details about research and development activities to help them understand the value of what the research might produce. The existing one-size-fits-all accounting rules don’t differentiate, for example, between early, high-risk research and late-stage research.

As it is, many investors rely on outside sources like earnings calls or scientific journals to fill in the gaps in the financial statement.

“It doesn’t have to be dollars,” said Pegg of Zion Research. “Just enough to get a window into the stuff that’s not on balance sheet.”

Companies are concerned, though—for good reason. At a FASB panel discussion in September, Alice Jolla, chief accounting officer at Microsoft Corp., said any new disclosures would have to balance the idea of giving enough information to be useful to investors against “really giving away your competitive advantage.”

“The R&D disclosures that would be the most useful for users are just really proprietary,” Toynbee said.