A worker at the Hasbro manufacturing facility in East Longmeadow, Mass. The U.S. Securities and Exchange Commission wants companies to provide investors with more details about corporate environmental, social and governance factors in their financial reports.
Photographer: Adam Glanzman/Bloomberg

Investors expect few fresh insights as companies roll out revamped disclosures about how they manage their most important asset: their employees.

Newly required disclosures on human capital management mark an initial effort by the Securities and Exchange Commission to provide investors with more details about corporate environmental, social and governance factors (commonly referred to as ESG) in annual financial reports. Under the new Democrat-led commission, the agency is expected to push through more mandatory reporting on diversity and climate risks facing companies.

As companies prepare those regulatory documents for release in the coming weeks, they are taking a cautious approach to meet the SEC’s vague marching orders, limiting the new communication to details that are already largely available to investors.

Still, some investors are optimistic the disclosures will one day give them timely, consistent metrics that will help distinguish top performers from market laggards.

“You have to start somewhere to get somewhere,” said Suleyman Saleem, vice president and ESG senior analyst with Calvert Research and Management. “Longer term, obviously, this is a step in the right direction, bringing this type of information to the mainstream.”

ESG investing now accounts for one-third of all U.S. investment under professional management, roughly $17 trillion, according to the U.S. SIF Foundation, which tracks how asset managers and institutional investors use sustainable investment strategies.

That marks a 42% increase from just two years earlier, reflecting a rapid shift in long-term investing strategies. Still, investor and corporate understanding of the social pillar, which includes human capital, is in its infancy compared to climate and corporate governance factors. 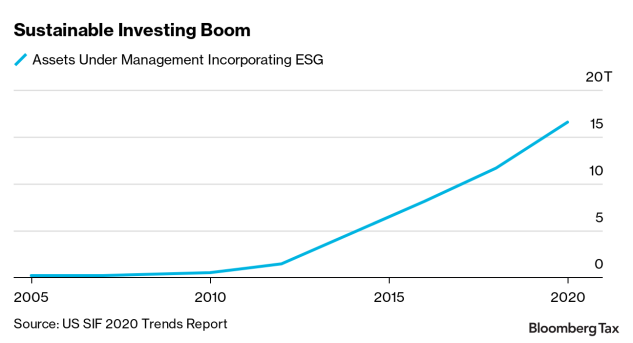 The SEC rules, finalized in August, take effect amid a global pandemic that continues to disrupt business operations and threaten the safety of workers, and follows a summer of social justice protests that reignited corporate efforts to recruit and promote non-White staff.

“This is a big exclamation point around the ‘S’ within ESG,” said Rebecca Corbin, an investor relations strategist, adding that the “S” has taken center stage over the past year.

As ESG is fast becoming another tool for assessing investment options, companies that recognize what Corbin called a “megatrend” will win in the market, she said.

Early examples, tucked into annual financial statements submitted in November and December, varied in length from a single paragraph to several pages.

Walt Disney Co. warned of ongoing staff furloughs and planned terminations in its parks and experiences division due to the pandemic. Starbucks Corp., Moog Inc., and Disney all discussed various employee benefits such as tuition reimbursement.

Johnson Controls International PLC shared data on union participation and its safety record. Visa Inc. pledged to increase the percentage of minority staff companywide and among its senior leadership. The financial institution kept its disclosure to three paragraphs but encouraged readers to see its 2020 proxy statement for more information.

Cork, Ireland-based Johnson Controls was among the first to report under the new SEC rules and told Bloomberg Tax in a statement that it sought to keep its U.S. disclosure consistent with reporting for other jurisdictions and with its annual sustainability report. The company said it provided metrics that are material to its business and aimed to give a thorough account of how it engages with its workforce and keeps workers safe, among other matters.

None of the other companies responded to requests for comment.

So far, Saleem said, the disclosures reflect information already available to analysts either through their own research or even through past corporate reporting.

“Companies have been looking at this rule and trying to figure out where to start,” said David Brown, a partner in the securities group at Alston & Bird LLP. “Right now, companies are just putting the toe in the water.”

Previously, a company had only to report the size of its workforce. The new rules replaced that limited requirement and opened up the staffing disclosures to any measures or objectives used to manage the workforce that could be material to understanding the business. But some companies are already dampening expectations that the disclosure rule will lead to a trove of new information.

“Everyone is working towards finding that right balance and recognizing also that this probably, around human capital, is going to be an evolution,” Karbowski told Bloomberg Tax.

Like PayPal, many large companies have already issue detailed reports on their workforces, covering employee satisfaction, diversity policies, demographics, training, and recruitment. Determining which figures make it into the final document and which are truly material sets a high bar, one that has controllers and others involved in financial reporting wringing their hands.

For Uber Technologies Inc., not all of the information the transportation platform shares in its 30-page diversity report should end up in the company’s annual regulatory filing, said Keir Gumbs, associate general counsel for the company.

“We’re very comfortable putting this info out there because we think it’s important to investors,” Gumbs said during a December accounting conference. “I am significantly less comfortable saying that that information is material. That’s going to be part of what we have to really think hard about.”

IBM Corp. vice president and chief accountant Alison Yara echoed those concerns. The struggle has been to drill down to which specific metrics would be useful to investors to help them understand how IBM’s employees were material to its overall operations, she told Bloomberg Tax.

The challenge facing corporate controllers reflects the shift in mindset for companies as they reconsider what is important to their business, as well as to investors like Saleem, who see employees as a critical resource. And investors wants to know the cost to manage the workforce—including the cost to recruit or train new employees. Companies with a strong culture and more satisfied employees tend to perform better, he said.

“The people who work for or with a company are an incredibly valuable asset,” said Deborah Meshulam, a partner with DLA Piper’s securities enforcement practice. “And managing that asset effectively is important to a company and in some circumstances could have a material impact on its success.”

Meeting the high bar for “materiality” isn’t the only hurdle. The information must pass the scrutiny of independent auditors. Disclosure controls and reviews must be in place to ensure the information is accurate and aligns with the company’s other communications—from its recruiting page on the website to the proxy statement.

Although disclosures may be rather short to start, Meshulam predicts that they will grow and evolve over the next few years as business changes and as companies put measures in place to ensure metrics that could be disclosed are accurate and can be reported consistently.

The new workforce disclosures effectively serve as a test run, as the Biden administration’s new-look SEC is expected to push through additional sustainability disclosure requirements and as corporate leaders grow more vocal in their calls for common reporting requirements.

Unilever CEO Alan Jope said that “standardized mandatory non-financial reporting is critical to creating a new form of capitalism” to address climate change and social inequality. His company was among dozens that pledged this week to begin reporting on a common set of ESG metrics drafted by the largest four accounting firms as part of an effort by the World Economic Forum.

Companies that think they can avoid reporting such information “will be sadly mistaken,” Alston & Bird’s Brown said. “It’s going to happen. It’s just a question of how far behind do you want to be if you haven’t started already.”

(Updates with response from Johnson Controls in paragraph 14. )

To contact the editors responsible for this story: at jharrington@bloombergtax.com; at djolly@bloombergindustry.com