The short version of ’s bankruptcy story goes something like this: Global pandemic obliterates the travel business and lands an iconic 102-year-old company in court to seek protection from creditors.

The long version is a fable about what happens when a company relies on accounting and consolidation to keep shareholders happy. It’s a tale of lurching from one CEO to another and management teams failing to stay attuned to consumer tastes.

and are suffering through the same Covid-19 drought, but Hertz’s own bad decisions and hard luck made it vulnerable at the worst time. One former top executive summed up its plight as a slow-moving train wreck. 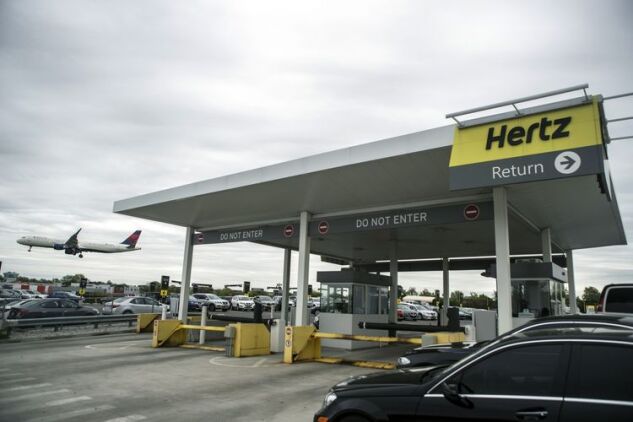 On its Chapter 11 petition, Hertz listed $25.8 billion in assets. It has over $1 billion in cash and $24.4 billion of debt. A company that began with a dozen Ford Model Ts and was taken for a spin by , and a group of private equity firms as parents over the decades now faces an uncertain fate that will be decided in a Delaware court.

No telling of Hertz’s history is complete without mention of perhaps the most disastrous end to a major celebrity-endorsement deal of all time. 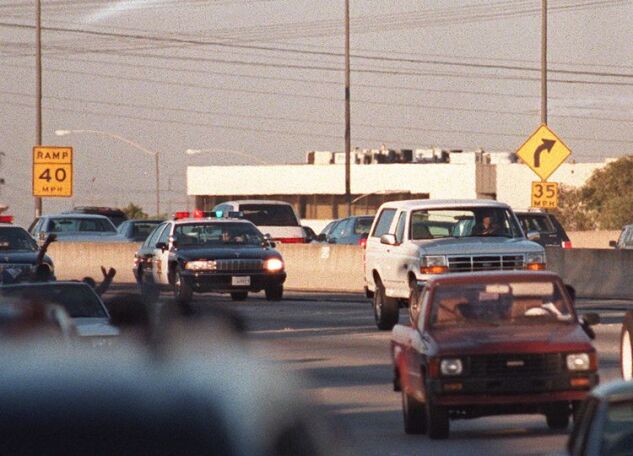 Hertz was owned by Ford in the summer of 1994 when police pursued in a white Bronco SUV for the murder of his ex-wife, Nicole Brown Simpson, and her friend Ron Goldman. As a Buffalo Bills running back two decades earlier, Simpson raced through airports and past children screaming “Go, O.J., go!” on his way into the company’s rental cars.

The television ads were effective at emphasizing speedy service and boosted business. While the relationship was less beneficial to the company as their 19-year link wore on, Hertz stood by Simpson’s side even after a January 1989 charge for assaulting his wife. She personally convinced then-Chairman to stick with the star, the Washington Post reported.

Hertz had some good years after the so-called trial of the century that ended in Simpson’s acquittal. But in November 1994, the same month that the jury was sworn in, the trade publication Auto Rental News ranked Enterprise its by fleet size and number of offices.

While Hertz was by some measures slipping in the rental industry pecking order, it was still earning tidy profits for an otherwise struggling Ford. The automaker sold the company in 2005 to two private equity firms and Merrill Lynch & Co.’s buyout unit for .

The following year, Hertz the top executive at auto-parts maker , , to be CEO and lead the company through a . Frissora , eliminated of and was paid handsomely. His compensation package in 2006 was more than Ford awarded its CEO last year. 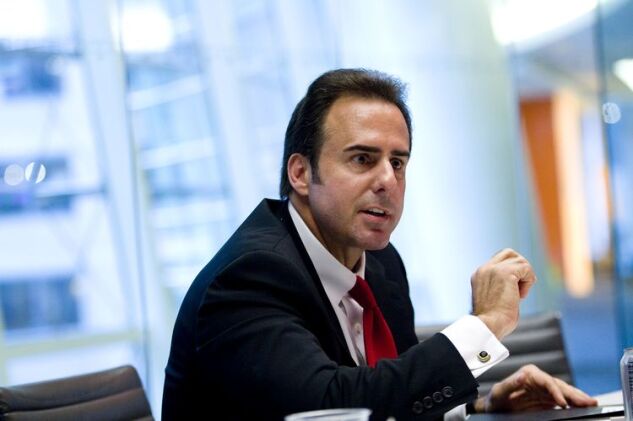 After weathering the global financial crisis, Hertz started pursuing a costly and drawn-out deal for It tried buying the company for in 2010 but ultimately paid after a two-year bidding war with its rival Avis.

The deal boosted Hertz’s market share by rounding out its business-traveler stronghold with a greater presence in the budget-minded leisure segment. But the acquisition also added to Hertz’s debt pile, which already was substantial thanks to the earlier leveraged buyout. The company ended 2012 with in total liabilities.

Problems abounded with integrating the two companies, according to , a longtime auto-industry consultant who was on Dollar Thrifty’s board at the time of the acquisition.

The two had different computer systems that couldn’t talk to each other. Frissora lost some talented executives by moving the two companies, which had been based in New Jersey and Oklahoma, to a new headquarters .

Hertz hoped to combine airport lots for the three brands to save money, but wasn’t able to do so at many locations. The company also found that Dollar Thrifty had let the tires on its cars get thinner than Hertz allowed, and many had to be replaced at a cost of $30 million. Neither problem surfaced during due diligence.

In the end, a merger that was supposed to save Hertz about $100 million in the first year ended up costing it another $70 million, two people familiar with the matter said.

As expenses related to the acquisition dragged on earnings, Frissora sought other ways to keep profit up.

To tamp down on vehicle depreciation, the biggest source of costs for rental companies, Frissora tried keeping cars longer, some for as many as 50,000 miles, long past the industry norm of about 30,000, former executives told . His plan was to put older vehicles into the fleets of the company’s budget brands: Dollar, Thrifty and Firefly. 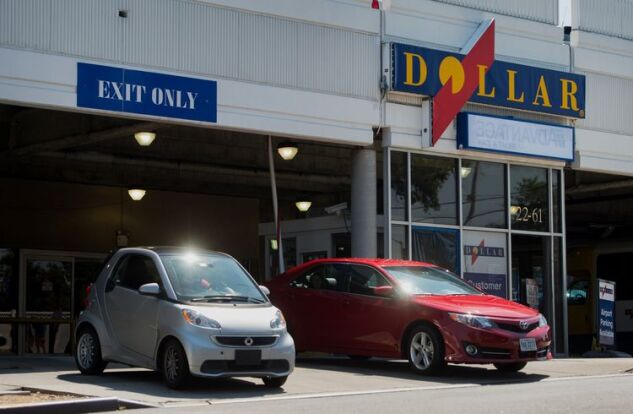 Because cars depreciate most in their first year, holding on to them longer would slow the rate the company had to show on its books. But not enough of the older models made it out of Hertz’s fleet, and business travelers were turned off by the aging selection of rides to choose from, Keller said.

And according to the Securities and Exchange Commission, the company committed fraud. The regulator said that from February 2012 through March 2014, Hertz materially misstated pretax income due to accounting errors. Investors including billionaire pushed for Frissora’s ouster in , and the company the following year.

Hertz settled with the for $16 million and Frissora wasn’t charged. A spokesman for the former CEO said he presided over operational improvements during his eight-year tenure. Hertz’s 2015 earnings restatements have no bearing on the company’s current financial situation and Frissora didn’t direct any improper accounting or engage in any wrongdoing, the spokesman said.

Still, Hertz sued Frissora and three other ex-senior managers last year, seeking to claw back in bonuses over the executives’ roles in the accounting scandal. Frissora and the other executives filed their own suits in Delaware Chancery Court seeking to force the company to cover their legal bills in the clawback fight. Judge Kathaleen S. McCormick granted those requests last year. One executive reached a settlement for undisclosed terms.

In an amended complaint filed in federal court in New Jersey this month, Hertz demanded that Frissora and former general counsel Jeffrey Zimmerman hand over $56 million in incentive pay because of their involvement in accounting errors that overstated Hertz’s pre-tax income. That led to the $200 million restatement and the duo’s ouster, according to court filings.

Icahn entered the picture after a 2014 dinner in New York that an industry analyst had with , who was then CEO of . Ninivaggi was told Hertz had a good brand and solid foundation but needed discipline and better management. Icahn was swayed and bought up shares. By year-end, his holding was worth more than $1.13 billion, according to data compiled by Bloomberg. 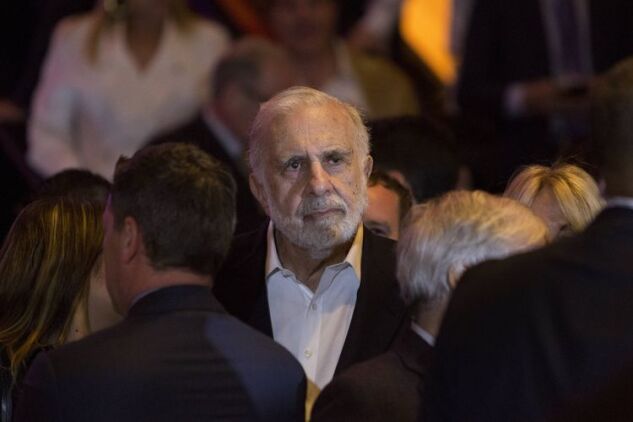 The head of Hertz’s equipment-rental business took over the company for a few months before a fateful decision. Rather than hire former Dollar Thrifty CEO to run the company, Icahn went with , an ex-COO of .

Icahn “didn’t put the best people in place” and “had a revolving door of managers,” said Keller, who believes Hertz would not be in the position it’s in today if it had hired Thompson. Icahn didn’t respond to requests for comment.

Tague updated Hertz’s fleet but did so with passenger cars just as U.S. consumers began fleeing sedans for sport-utility vehicles. Consumers went looking to other rental counters for SUVs, and depreciation costs mounted as sedans retained less of their value. He also tried raising prices, figuring the industry’s oligopoly would follow suit. But Enterprise and Avis didn’t and instead picked off more of Hertz’s customers.

In an interview Saturday, Tague said growth wasn’t his priority. He started tilting the fleet mix toward SUVs, but had a lot else on his plate: finishing the accounting investigation and restating earnings, integrating Dollar Thrifty, rebuilding the management team hollowed out by the Florida move and spinning off the equipment-rental business.

“Upon my arrival, it was clear that many things had to be addressed with a sense of urgency,” he said in a phone interview. “That’s what I undertook.”

Tague retired at the beginning of 2017 and was replaced by , who had been on the board of GM and truckmaker Volvo AB. The results of her early efforts to shrink the fleet and further the shift toward SUVs were undercut by the emergence of and

But when the pandemic decimated the rental industry, Hertz still had too little cash and a mountain of debt. Marinello resigned May 16, less than a week before the bankruptcy filing.

“With the severity of the Covid-19 impact on our business and the uncertainty of when travel and the economy will rebound, we need to take further steps to weather a potentially prolonged recovery,” Hertz’s new CEO said in a announcing the company’s bankruptcy. “Our loyal customers have made us one of the world’s most iconic brands, and we look forward to serving them now and on their future journeys.”

The main bankruptcy case is In RE: The Hertz Corporation, 20-111218, U.S. Bankruptcy Court for the District of Delaware (Wilmington)

To contact the reporter on this story:
in Southfield at dwelch12@bloomberg.net

To contact the editors responsible for this story:
at ctrudell1@bloomberg.net