President-elect ’s selection of as Treasury secretary signals that he plans to act aggressively to revive the world’s biggest economy, putting a former Federal Reserve chair who’s not shied away from stimulus at the helm of his economic policy. 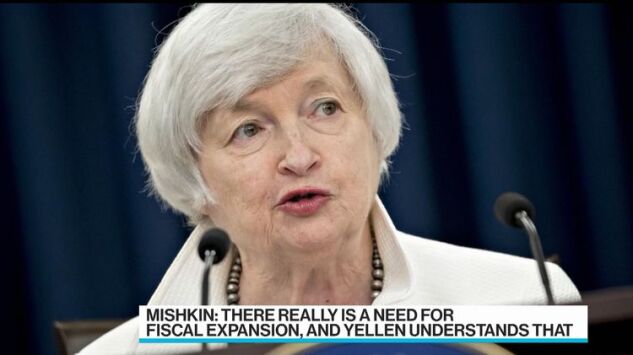 While her pick was applauded both and in much of official Washington -- even by some of President allies -- Yellen is sure to be tested in her Senate confirmation hearings. Conservatives will probe her views on stimulus spending, as well her less confrontational position toward China, a nation many Republicans view as an economic adversary.

A front-row witness to the increasingly partisan battles over government spending in Washington over the past quarter-century, Yellen now stands to become a combatant for the first time in her career.

The Fed is a consensus-based institution, where colleagues typically use polite, diplomatic language when they disagree. In her new job, Yellen can expect GOP lawmakers to pull no punches in assailing the large-scale coronavirus relief package Biden promises, while any concessions to the opposition are sure to draw broadsides from the liberal wing of her own party.

Yellen lacks experience in hammering out legislation with Congress, and she also didn’t perform anywhere near the outreach to lawmakers when she was Fed chair that Powell has chalked up, a hole in her resume that could create a learning curve next year.

Biden’s plans to nominate her, confirmed by people familiar with the matter, are expected to culminate in an announcement next week.

Her first step is expected to be seeking unity between the Fed and Treasury, the two institutions at the front lines of any economic crisis.

Trump’s Treasury secretary, , last week opened a rift between the agencies when he declined to extend several crisis-lending programs at the Fed created by the Cares Act, the stimulus signed into law earlier this year. 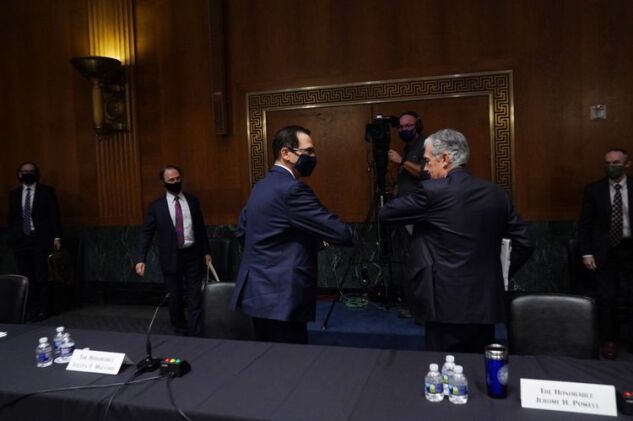 The Fed said it opposed ending the programs but agreed to return hundreds of billions of dollars in backstop money to Treasury, where Mnuchin wants Congress to put it to what he considers better uses.

Yellen is seen reversing that move early next year, after the Biden campaign criticized Mnuchin’s decision.

“Instead of a dissonance and the break we’ve seen recently between Treasury and the Fed, this is a unified front, but a unified front in the right direction,” said , chief economist at Grant Thornton. “We need this.”

The leaders of the two institutions have years of shared working history between them, which could smooth their efforts to support the fragile recovery from the pandemic. Powell served on the Fed board as governor when Yellen was chair, then took over for her when Trump tapped him for the Fed’s top job.

A meticulous macroeconomist who’s specialized in the study of the labor market, the 74-year-old Yellen recently said the Fed’s policy of lower-for-longer interest rates should coincide with greater government spending.

“While the pandemic is still seriously affecting the economy we need to continue extraordinary fiscal support, but even beyond that I think it will be necessary,” Yellen said Oct. 19 on Bloomberg Television. “We can afford to have more debt,” she added, because interest rates will probably be low “for many years to come.”

Before she can turn to mending relations with the Fed and negotiating stimulus, though, Yellen can expect Republican criticism for her past comments on Chinese trade policy. Biden returns to the federal government with a Congress far more antagonistic to China than four years ago and united in its desire to punish Beijing for unfair trade practices.

Economic negotiations with one of the U.S.’s largest trading partners have traditionally been handled by the U.S. Treasury chief. During a 2018 congressional hearing as Fed chair, Yellen said China was not to blame for America’s big worldwide trade deficit.

“I do not see unfair trade practices in China, or anywhere in the world, as what is responsible for the U.S. trade deficit,” she said at the time.

But Yellen has extensive experience dealing with Chinese economic officials from her time as Fed chair, when she attended Group of 20 meetings.

“Yellen’s understated style should not be mistaken for lack of political savvy or softness in negotiations,” said Cornell University’s .

Writing as an academic with her husband, Nobel-prize winning economist , Yellen has authored papers on such topics as job satisfaction and fair wages in the labor market.

“She understands the labor market implications much better than someone from Wall Street would,” Swonk said.

Yellen and Biden may seek to avoid a repeat of what many economists considered a policy mistake following the 2008-09 financial crisis, when a premature return to fiscal austerity by Congress held back the recovery even as the Fed sought to spur growth through controversial quantitative easing programs.

It’s a misstep Powell is well aware of and which Biden observed first-hand as President ’s number two.

The trouble – at least from Yellen and Biden’s point of view – is that the shape of fiscal policy will largely be determined by which party controls the Senate, something which won’t be known until early January run-offs for two seats in Georgia’s.

Should Republicans retain a majority, Yellen’s considerable reputation as a policy maker likely won’t be enough to persuade Biden’s opponents to adopt his vision of greater federal spending and a reshaped U.S. economy.