Incoming President will seek to increase the federal minimum wage to $15 an hour as part of his $1.9 trillion pandemic relief bill, a move that could complicate its passage through the closely divided U.S. Senate.

The measure was included in an outline of the legislation released by the president-elect’s economic team on Thursday. Biden had previously said he would make increasing the minimum wage -- currently $7.25 an hour -- an early priority, but he hadn’t specified that it would form part of the stimulus bill. 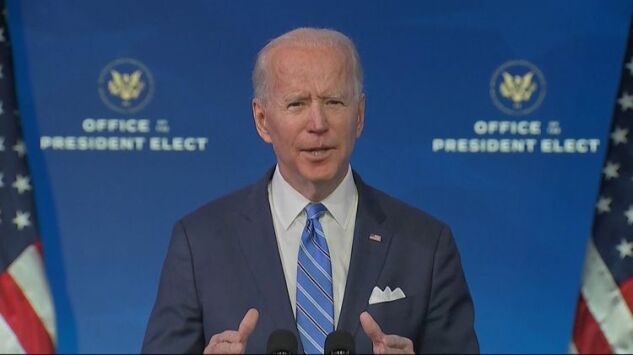 “No one working 40 hours a week should live below the poverty line,” Biden said Thursday night in Wilmington, Delaware. “People tell me that’s going to be hard to pass. Florida just passed it -- as divided as that state is -- they just passed it. The rest of the country is ready to move as well.”

Higher minimum wages have long been subject to debate among economists, with many arguing they hinder job creation by making it costlier for employers to hire people. But that view has been questioned lately as several U.S. states and cities raised their hourly minimum wage to $15 without appearing to damage labor markets.

Public support for the idea may be strengthening. Florida voted for a $15-per-hour minimum wage in November, even as the state backed President for re-election.

Business groups have generally been opposed, and so have congressional Republicans. , the party’s leader in the Senate, blocked a minimum-wage increase that passed in the House in 2019 when the economy was doing well. Republicans say raising labor costs would hurt small companies already struggling with the pandemic. Virginia has delayed an increase scheduled this year on similar grounds.

The Biden administration, due to take office next week, would need at least 10 Republican votes in the Senate to get its relief bill through Congress -- unless it goes through the budget reconciliation process, where a bare majority is enough.

Some experts say that a minimum-wage increase could be eligible to pass via that route because it’s effectively a tax-raising measure. The 2019 version of the bill was scored by the non partisan Congressional Budget Office as having no budget effect, however. That version would likely be blocked by Senate rules which required items that use reconciliation be fiscal in nature.

Other parts of the bill, like funds for health and education, may have to be left out of a reconciliation measure, but Democrats will have the power to change the rules.

The federal minimum wage hasn’t been increased since 2009, and for several decades U.S. workers have seen their compensation rise at a much slower pace than their output per hour. Fast-food workers a nationwide strike on Friday to demand a $15 minimum wage, and other industries like home-health care have seen similar actions in recent years.

Biden’s new plan also would scrap separate minimum-wage thresholds that apply to workers who receive tips, and to people with disabilities.

(Updates with context in eigth paragraph)