International tax avoidance by large multinational corporations siphons nearly $250 billion dollars a year out of public treasuries globally (over $100 billion in the US), seriously undermining government obligations to serve their citizens consistently with the United Nations’ sustainable development goals. I’m not proud of my past role as an enabler of that behavior, even though tax avoidance, in contrast to criminal tax evasion, is perfectly legal.

Loophole creation and exploitation—the work of tax avoiders and their enablers—is done in the dark. Sunlight is anathema to those who feel it prudent to work in the dark; transparency is resisted by those who build their fortunes inside labyrinths of opacity and complexity.

In recent decades, public interest organizations—such as the Transparency International, Global Financial Integrity, FACT Coalition, and Tax Justice Network—have labored to shine sunlight on the tax practices of huge multinational entities that siphon significant resources that properly belong to the people. Compulsory country-by-country reporting of MNEs’ tax and business activity is an important fruit of their labor.

A Primer on Country-by-Country Reporting

Just under a decade ago, the OECD and the G-20—a group of the world’s largest economies—launched an ambitious initiative to counter rampant MNE tax avoidance, which had produced “a tense situation in which citizens have become more sensitive to tax fairness issues.”

The Organization for Economic Co-operation and Development and the G-20 called their 2013 initiative the Action Plan on Base Erosion and Profit Shifting. Base erosion names the immediate impact of tax avoidance; corporate tax dodgers siphon business profits out of the tax base on which corporate income taxes are imposed. Profit shifting names a significant tax avoidance ploy: the manipulation of legal entities, and the transactions among them, to move corporate profits to low-tax jurisdictions or tax havens from high-tax ones.

The BEPS initiative is impressive for its thoughtful and comprehensive approach to global tax avoidance. Libraries could be filled with the content produced by its sponsors, applauders, and critics as they sift through the various elements of BEPS, including our area of interest here, CbCR.

CbCR is among the BEPS initiative’s four minimum standards, including tax havens, treaty shopping, and dispute resolution, that participating countries are expected to implement. CbCR provides transparency by requiring enormous MNEs with annual gross revenue over $850 million to make annual reports of key data, broken down by jurisdiction, that can reveal their tax avoidance activities. These activities include profits, prices charged for sales among the group’s affiliates (transfer pricing), sales revenue (for sales among affiliates and for real sales to outside third parties), employees, tangible assets, intangible property, manufacturing and distribution operations, treasury functions, income tax paid, etc.

The US has required private CbCR, reported exclusively to tax authorities, since 2016; a bill requiring public CbCR passed in the House last year but stalled in the Senate. 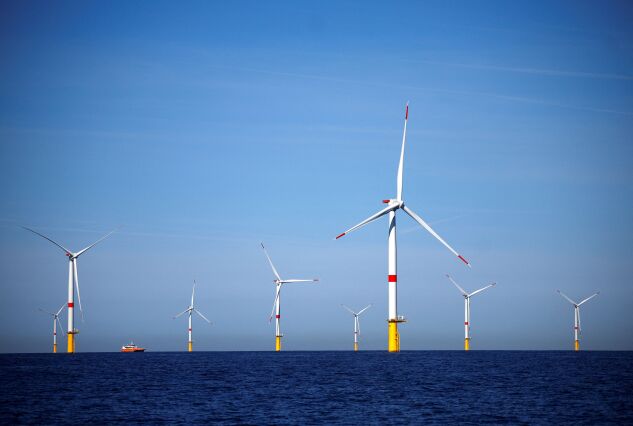 View of wind turbines at the Saint-Nazaire offshore wind farm, off the coast of the Guerande peninsula in western France, on Sept. 22, 2022.
Photo by Stephane Mahl/Pool/AFP via Getty Images

ESG and the Need for Public CbCR

CbCR is a multilateral transparency solution that promises to bring tax avoidance out of the darkness, but its fulfillment is incomplete. A spectacular accomplishment, private CbCR nevertheless leaves data in shadowy half-light, where it can be seen only by under-resourced and sometimes “flexible” government tax authorities that may or may not pursue audits and that don’t represent the interests of public stakeholders.

Political interest in mandating the public disclosure of CbCR reporting has been slow, for there is not yet a clear consensus on the issue. Policymakers, the press, and public stakeholder representatives have access only to anonymized and aggregated CbCR data—they can’t point fingers.

But let’s be clear. The lack of consensus is not about whether the public would benefit from access to disaggregated, MNE-specific, CbCR data. It’s “essential to detect suspicious activities—tax evasion, tax avoidance, money laundering and corruption.” The lack of consensus about sunlight is due to the political power wielded by those who increase their wealth and power by devising their tax schemes in darkness: tax-avoiding MNEs and their enablers in the law and accounting communities.

Private CbCR is bad enough in the eyes of the tax avoidance community. Public CbCR, which requires companies to include their CbCR reports on their public webpages or SEC filings, is for them a bridge too far. So MNEs embarrass themselves by arguing that corporate tax data is a protectable trade secret, as if CbCR information were a generator of corporate revenue.

But is public CbCR so far from achievement in our era of increasing investor attention to the broader stakeholder interests—environmental, social, and governance implications—at play in corporate behavior? If General Electric CEO Jack Welch “broke capitalism” by taking to extremes the blindered conceit that shareholders are a corporation’s only stakeholders, then the Global Reporting Initiative may provide the path to restore capitalism to its aspirational harmony with democracy.

An emerging awareness of the intersection between tax and ESG has been catalyzed by GRI, a respected promulgator of voluntary ESG standards that motivate impact investors. GRI has issued four corporate tax disclosure standards that, together, are essential to countering tax avoidance:

This awareness is metamorphosing into action. The US Securities and Exchange Commission ruled last spring that Amazon shareholders were entitled to vote at its annual meeting on a proposal to require the company to publicly disclose its CbCR reports. The proposal didn’t pass, but this first-of-its-kind vote garnered shareholder support presenting $144 billion of Amazon stock.

Australia’s leadership should be applauded and followed; the US should move to public CbCR from private CbCR. The American people don’t need to wait on Congress. The SEC can and should mandate public CbCR reporting under its rule-making authority.

This is a regular column from public interest tax policy analyst Don Griswold, who’s also a senior fellow at the Digital Economist. Look for Griswold’s column on Bloomberg Tax, and follow him on LinkedIn.