This is one of a series of interviews by Bloomberg Opinion columnists on how to solve the world’s most pressing policy challenges. It has been edited for length and clarity.

Alexis Leondis: You were recently confirmed as the assistant secretary for tax policy in the U.S. Treasury Department. You previously served on the staff of the Senate Finance committee and as a member of the National Economic Council under President Obama. The Treasury Department oversees the Internal Revenue Service, an agency that’s frequently the target of criticism from politicians and taxpayers alike. What does the IRS need most to ensure it’s able to better meet its obligations?

Lily Batchelder, assistant secretary for tax policy, U.S. Treasury Department: The IRS is only going to be able to properly serve the American people when its significant resource needs are addressed. So as we enter the filing season, they’re facing enormous challenges related to the pandemic and two years of under-funding by Congress. And these pressures are going to make for a challenging filing season for taxpayers and for the IRS.

This is really entirely about a lack of resources. The die for this filing season was cast a long time ago. The agency hasn’t been equipped with the resources it needs to adequately serve taxpayers in normal times. And we are definitely not in normal times right now.

Just to give you a couple of examples, over the past decade the IRS budget has been slashed nearly 20% in real terms. In the last administration, staffing for taxpayer assistance centers decreased so dramatically that less than a third as many taxpayers are able to receive face-to-face assistance from the IRS as were able to in 2016. These are issues that we’ve been spotlighting from the very beginning and many times over the past year. We’ve been requesting additional resources at every turn, but most members of Congress on the other side of the aisle staunchly oppose these new funds. And so that’s led to the starving of an agency that every American relies upon.

AL: How much more funding does the agency need — and for what, exactly? 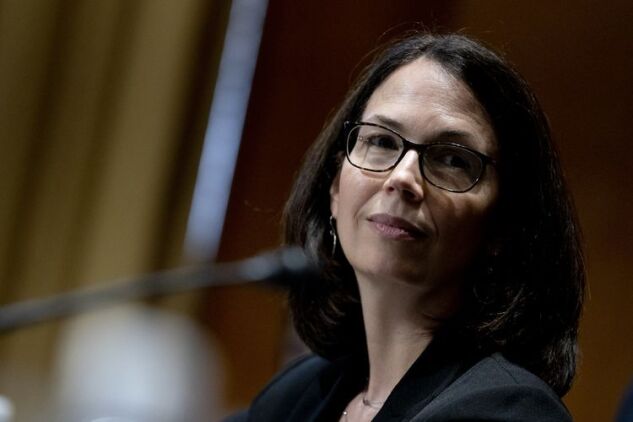 LB: Some of our requests have been included in the 2022 budget request, which represented a budget increase of nearly 15%. And as I’m sure you’re aware, the proposed Build Back Better legislation includes a much needed mandatory stream of $80 billion over the course of the next decade.

That will really enable the IRS to develop the 21st-century workforce and technological infrastructure to best serve American taxpayers. The IRS isn’t equipped to provide the American people the tax service they deserve. Their workforce is the same size it was in 1970 even though the U.S. population has grown by 60% since then. And obviously, the complexity of the economy has increased exponentially.

In just the first half of 2021, the IRS had fewer than 15,000 people to handle more than 200 million calls received. So that was one person for every 13,000 calls — just in the first six months. They also have fewer auditors than at any time since World War II. And they’re currently using processing technology that dates back to the 1960s.

The agency could do so much more if it had the resources to hire more customer service representatives, more submission processing agents, and to modernize their technological infrastructure. This is why Build Back Better is so important and why we need it for future filing seasons, even if we don’t have it for this one.

AL: We’ve heard warnings before about how the IRS is facing a backlog and is overwhelmed. Will this tax filing season really be different in terms of the hurdles the agency is facing? Is there anything taxpayers can do to ensure they get their refunds on time?

LB: Americans have been relying on the IRS more than ever over the past couple of years. The IRS has been facilitating getting out three rounds of economic impact payments to 85% of American households. In a normal filing season, the IRS would have well under 1 million unaddressed pieces of inventory. This year they’re entering the filing season with [an even more] significant backlog. Part of this is because of very direct COVID effects: their mail centers were shut down for months in 2020 and over the last two years, more than 20% of their customer service workforce has been unable to work, largely due to health reasons related to COVID.

But there are a few important things taxpayers can do this filing season. First and foremost, we’re encouraging people to file electronically, using direct deposit, and avoid a paper tax return. That’s more important than ever this year and can’t be stressed enough. Also, having an accurate tax return can avoid processing delays or refund delays.

We’re urging that extra attention be paid by people who received an economic impact payment, otherwise known as a stimulus payment, or an advanced child tax credit payment last year. People should make sure they’re reporting the correct amount of those payments on their returns to avoid delays.

The Biden administration has developed several additional resources for taxpayers, including childtaxcredit.gov, which was just relaunched. It’s a tool that has several features that will help simplify tax filings. And it also directs taxpayers to the best free filing options for them and helps them determine their eligibility for remaining credits.

AL: Erroneous child tax credit information was sent out recently by the IRS that didn’t match what taxpayers actually received. What should taxpayers do if they’re in this situation?

LB: The IRS is reviewing this situation and my understanding is that one issue for a small group of taxpayers relates to people who moved or changed accounts in December, so that their checks were returned as undeliverable or their direct deposits were rejected. This is a discrepancy between what the letters report and what taxpayers have on record. We are definitely working on this issue and will provide resources to taxpayers to make sure they have access to the most up to date information when filing their returns.

But I also want to emphasize that ultimately, this is an example of the broader problem, right? The technological ecosystem is decades old as a result of chronic under-funding. Some of the systems are written in a programming language called COBOL that I’ve never heard of, but my father-in-law has. It’s so outdated that the IRS struggles to find people to hire who are still familiar with it. Paper returns are literally translated and transcribed by IRS employees. Amended returns have to be handled manually because the IRS processing systems are not integrated.

So this antiquated, siloed technological system really struggles to keep up with the information from taxpayers — and it’s coming into the agency in real time. And that’s why the IRS modernization plan in Build Back Better is so critically important. Providing the IRS with stable long-term funding that will finally allow them to make these kinds of long-term investments will facilitate an interactive, real-time experience during filing season. Americans will be able to monitor the status of their returns and correct tax filing information online and have their questions answered instantaneously. These are all things that American taxpayers deserve.

AL: What message does the administration have for families who have gone almost six weeks since their last child tax credit payment? Are they confident those payments will resume soon, and if so, will retroactive payments be included?

LB: I can’t really speak to how the situation would be handled, but it would certainly depend on the course of the negotiations in Congress. But the president has said from the very start that we’re going to pass what we can from Build Back Better, and then keep fighting for the rest of his agenda for the remainder of his time in office.

AL: More broadly speaking, the IRS has moved far beyond just being a tax authority. It’s responsible for much more, like administering social benefit payments. Are we asking the agency to do too much? Should the IRS just stick to taxes?

LB: The larger point to remember is the IRS has done remarkable work responding to the pandemic over two administrations with the stimulus payments and other direct assistance. We know that delivery of that assistance was critical to getting families to the other side of the pandemic without scarring. But even if the IRS hadn’t been asked to do these things, [the agency] would have faced stark challenges this filing season due to a lack of funding that’s occurred over decades.

So I think the way to understand the last four years from the IRS perspective is, they’ve really faced the perfect storm. Over a decade, their budget has declined by more than 20%. So you have an agency that’s been asked to do more and more with less and less, and with a workforce under strain because of longtime under-funding and the pandemic. And ultimately, again, these challenges illustrate the need for stable multi-year funding for the IRS.

AL: The IRS’s move to enlist a third party and use facial recognition to help reduce fraudulent refund claims has been met with backlash. What’s your response to those who say they’re worried about their data being compromised?

LB: I would have to learn more about it. But I can assure you that the IRS takes protected taxpayer information extremely, extremely seriously.

AL: Before assuming your current role at Treasury, you spent a lot of time making the case for an inheritance tax, where the beneficiary pays the tax, instead of an estate tax, where the estate is subject to the levy. Why is this a smarter way to make the tax code more equitable?

LB: In my academic capacity, I did work on the policy merits of an inheritance tax relative to an estate tax. The difference between the two really comes down to whether the exemptions apply at the estate level or heir level. The inheritance tax can be also integrated with an income tax by repealing the income-tax exemption for receiving inheritances in the case of extraordinarily large inheritances. Because of these differences, inheritance taxes can appropriately take into account the characteristics of heirs, like their income level or the amount they inherited. So they can allocate the tax burden more precisely, based on the particular economic circumstances of heirs, than estate taxes do.

But I don’t want to overstate the difference overall. Both the estate and inheritance taxes are largely borne by very, very wealthy heirs.

AL: With Build Back Better being sliced up, what’s the president’s priority now in terms of tax policy changes? What might we see in 2022 in terms of higher tax rates, or changes to the treatment of capital gains or state and local tax deductions?

LB: The president has said we’re going to pass what we can from Build Back Better, and all of it is a priority. We will keep fighting for the rest of it, even if not every component passes.

To contact the author of this story:
Alexis Leondis at aleondis@bloomberg.net

To contact the editor responsible for this story:
Romesh Ratnesar at rratnesar@bloomberg.net