“As of right now, I feel like I am going to play.”

With those few words uttered at the Augusta National Golf Club this month, Tiger Woods set the golf world abuzz. 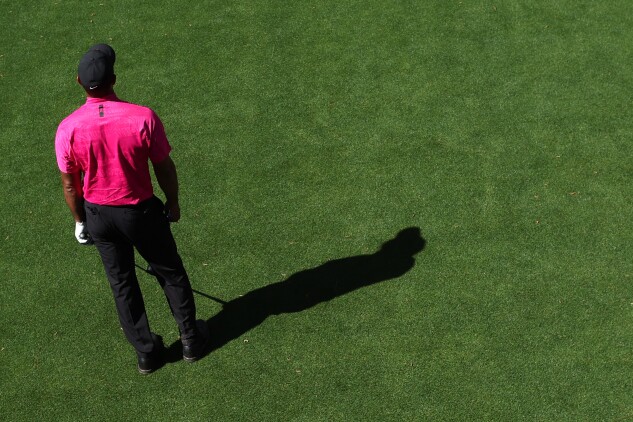 Tiger Woods lines up a shot from the 18th tee during the first round of the Masters at Augusta National Golf Club on April 07, 2022 in Augusta, Georgia.
Photographer: Gregory Shamus via Getty Images

It’s familiar territory for Woods but not one that many fans expected to hear this year. Just 14 months ago, the famed golfer was involved in a serious car crash, causing significant injuries to his right leg and foot, nearly resulting in an amputation.

Now, he’s choosing to play in the Masters Tournament. The Masters is the first major professional golf tournament of the year and is always held at the Augusta National Golf Club. It’s synonymous with golf royalty, and over the years, Woods has delivered, winning the green jacket five times.

It will be a challenge—Woods has not played in a professional golf event in nearly a year and a half. But he isn’t daunted. When asked if he thought he had a chance to bring home the win, he answered, “I do.” He added, “I don’t show up to an event unless I think I can win it.”

Those are confident words, but Woods is putting in the work. Days before the Masters kicked off on April 7, he was out on the green, putting around before a small crowd.

That combination of attitude and effort is what makes the greats…well, great.

Tellingly, Woods has been photographed on the greens at 6:30 a.m., and his former workouts were reported to last up to 13 hours. His former trainer said that Woods pursued perfection with such dedication because he wanted to be sure that nobody had out-worked him.


That’s an amazing goal, isn’t it? The reality is that there are only so many things we can control in life. We can’t have the arm span of a Michael Phelps or the long legs of Usain Bolt—those are natural advantages. But we all can work hard and bring a measure of confidence to our craft. And like Tiger Woods, we do that by putting in the necessary time and preparation.

This week, as always, our experts help you stay informed with great commentary and insightful analysis on federal, state, and international tax issues. Our coverage also includes valuable commentary and podcasts and covering tax moves across the globe. And starting shortly, we’re reintroducing our popular lunch and learn series. It’s all part of our commitment to helping you reach and stay at the top of your game.

Tiger Woods once indicated that he moved to Florida to avoid paying taxes at relatively high rates in California. What is California’s top tax rate for the 2021 tax year (the return taxpayers are filing now)?
Answer at the bottom.

This week, our experts touched on a wide range of topics, from tax fraud to virtual reality. For a look at what’s making news, here’s our roundup:

Fore! The EU is currently undertaking a wide range of reforms to its VAT regime to create a more straightforward system for businesses and consumers. In Will The EU Succeed in Making VAT Compliance Easier?, Aiki Kuldkepp of Grant Thornton looks at the current situation in the EU member states and the proposed changes.

With SALT benefits capped, some taxpayers are looking for a mulligan. Although participation in a state passthrough entity, or PTET, program may be advantageous, several factors can determine if opting in is beneficial, say RubinBrown’s Jeff Schuetz, Rhonda Sparlin, and Amie Kuntz in State Passthrough Entity Taxes and Federal SALT Cap Considerations.

Will the proposed rules for multinational taxpayers prove to be a zinger? In Deconstructing Pillar Two—Impact on Multinational Enterprises, Christos Theophilou of Taxand analyzes and explains the Pillar Two Model Rules, their likely impact on in-scope multinationals, and the steps that businesses should take to prepare for the proposed implementation of the Rules in 2023.

Taxpayers are preparing to play the long game. An appeals court ruled in favor of the IRS in the charitable conservation easement case Oakbrook Land Holdings LLC, but in a different case, another appeals court ruled in favor of a taxpayer on the same regulation. In A Split in the Circuits: Will Supreme Court Take Up Easement Challenge?, Jackson & Campbell’s Nancy Ortmeyer Kuhn examines whether the U.S. Supreme Court might hear the conservation easement issue.

Working from home is now par for the course. Over the past few years, the shift toward remote work has decentralized industries and helped often-overlooked markets become viable locales for new kinds of workers. In How Remote Work Can Help Boost Rural Communities, Jody Padar, head of tax at April, shares how rural economies may benefit from remote work.

Would changes to section 704(b) handicap various taxpayers? A draft of proposed legislation from Sen. Ron Wyden (D-Ore.) aims to simplify the Internal Revenue Code by eliminating the substantial economic effect test under Section 704(b). But changing the code would affect groups presumably beyond its intended scope, including closely held and family-owned businesses, Chamberlain Hrdlicka attorneys Tim Dean and Michael Overstreet write in Proposed Cure for Section 704(b) May Be Worse Than the Disease.

Be wary of hazards. The ins and outs of tax preparation and tax law can affect the financial well-being of a business. In Tax Tips Business Owners Need to Know to Avoid Financial Pitfalls, Legalpreneur’s Andrea Sager shares five tips on how to avoid common mistakes when working with a CPA to file taxes after forming a business venture.

Sometimes, a new approach changes everything. In Tax Changes for Spanish Investment Companies—Time to Relocate?, Anne-Céline Navarro and Christophe Sicard of Harneys discuss the changes to the advantageous tax regime previously available to Spanish retail open-ended investment companies, consider the options available going forward, and explain the potential benefits of relocation to Luxembourg from a tax perspective.

Will taxpayers stay the course? A court decision on a lawsuit over the taxation of cryptocurrency staking rewards would provide taxpayers some much-needed guidance in this area, says Hanson Bridgett LLP’s Nancy Dollar in Taxpayers in Jarrett Case Still Seek an Answer on Crypto Staking. Without a definitive ruling on the case, how tokens created through staking activities are taxed could remain largely unsettled. 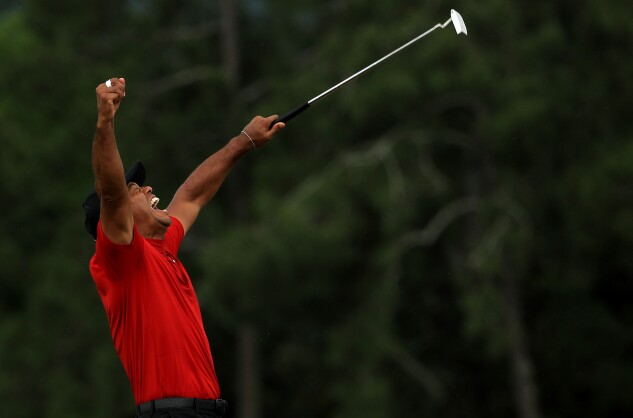 Tiger Woods of the United States celebrates winning the Masters during the final round at Augusta National Golf Club on April 14, 2019 in Augusta, Georgia.
Photographer: Mike Ehrmann via Getty Images

Is it time for a lob shot? Going from an income tax-based system to a withdrawal tax system—a unilateral electronic collection of a 5% tax on all cash withdrawals from banks—would more fairly distribute the government obligation for entitlements, says accountancy professor Patrick R. Colabella in Implementing an Electronic Taxation System to Replace the Income Tax.

Changing settlement language sometimes doubles what a plaintiff keeps without any cost to defendants, and language can reduce taxable income, increase deductions, defer tax liability, and even secure a tax subsidy. But tax strategies can fail when defendants object. In the latest edition of “A Closer Look,” Lane Powell PC’s Jeremy Babener; Don Engels of Ringler Associates, Inc., and the Settlement Tax Group; and C&L Value Advisors’ Deborah Hresko share the importance of plaintiff tax strategies, defendants’ role in effecting those strategies, why defendants object, and how to overcome their objections.

The OECD’s Inclusive Framework on Base Erosion and Profit Shifting aims to help developing countries implement a global agreement to change how multinational companies are taxed, according to the co-chair of its steering committee. The agreement, which more than 130 countries signed up to in October, has two pillars. Pillar One reallocates a portion of the largest multinationals’ profits to market jurisdictions, while Pillar Two creates a global minimum tax rate of 15%. The two pillars come with enormous complexities, meaning some countries will need help to keep up with the pace of implementation, Marlene Nembhard-Parker, chief tax counsel for legislation, treaties, and international tax matters at Tax Administration Jamaica and co-chair of the Inclusive Framework Steering Group, tells Bloomberg Tax Senior Reporter Hamza Ali in this week’s episode of Talking Tax.

Filing taxes can be a complex process involving different rules and stipulations for American citizens living outside of the United States. In a recent episode of the Taxgirl podcast, I spoke with Nathalie Goldstein to talk about taxes for Americans living outside the United States. Goldstein is an Enrolled Agent and the founder and CEO of MyExpatTaxes.

Do you have an original take on current events and issues in tax practice and policy—but you’re not yet a tax professional? Our second annual tax writing competition is the perfect opportunity to show off your work. The competition is intended to highlight the very best of student writing.

It’s been a busy week in tax news from state capitals to D.C. Here are some of the stories you might have missed from our Bloomberg Tax news team: 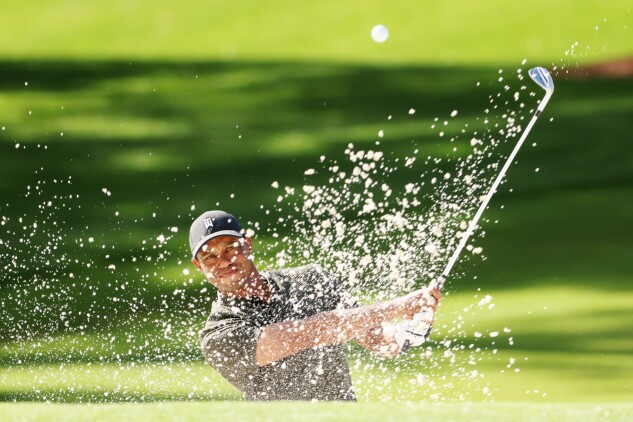 Tiger Woods of the United States plays a shot from the bunker on the second hole during the first round of the Masters at Augusta National Golf Club on November 12, 2020 in Augusta, Georgia.
Photographer: Jamie Squire via Getty Images

Our Spotlight series highlights the careers and lives of tax professionals across the globe. This week’s Spotlight is on Isai B. Cortez, a tax attorney and founder of SynkBooks, a website that offers bookkeeping software for small businesses. He started the Los Angeles-based business in 2019 after representing small businesses in tax court over erroneous tax returns, mostly caused by faulty bookkeeping.

Nathan Wacker is a newly-elected partner in Skadden’s tax controversy and litigation group, and Trevor Allen in the tax group.

We’ve added tax and accounting career news to our coverage. If you are changing jobs or being promoted, let us know. You can email your submission to TaxMoves@bloombergindustry.com for consideration.