Retroactive transfer pricing adjustments in China are becoming increasingly feasible, and multinational corporations have the incentive to make them. Dr. James Zhao and Alina Huang of Deloitte China explain recent developments and share their observations.

In general, transfer pricing adjustments in China may include the following approaches. Their impact on financial statements and tax liabilities varies. 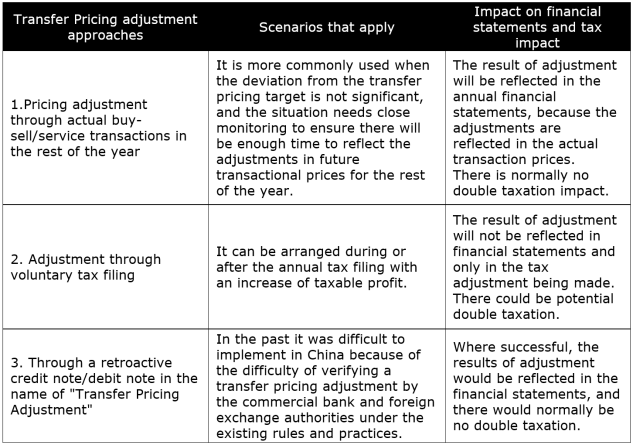 As far as we know, the SAFE in other regions (such as Jiangsu and Beijing) has not yet formed such a special mechanism like the Shanghai SAFE has, but there have also been individual cases successfully processed. It is likely that the FX authority branches in other regions may also consider a similar procedure with the local commercial banks to facilitate transfer pricing adjustments.

The Customs Side of Transfer Pricing Adjustment

For further inquiries on this topic, please contact the authors of this article:

Dr. James Zhao is a transfer pricing partner with Deloitte China and tax leader at Deloitte China LSHC industry. He can be reached at Tell+86 21 6141 1198 and jazhao@deloitte.com.cn.

Alina Huang is a transfer pricing senior manager with Deloitte China. She can be reached at Tell+86 21 2316 6104 and alinhuang@deloitte.com.cn.