Poland and Saudi Arabia had a similar challenge when they squared off in the Group Stage of the World Cup this week—a win could send one of them through to the Knockout Rounds. Down by one in the second half, Saudi Arabia needed an equalizer. Instead, in the 82nd minute, Abdulelah Almalki bobbled the ball, practically gifting it to striker Robert Lewandowski, who took it to the net and scored for Poland.

To the casual observer, it might have looked like a routine goal for Lewandowski. He’s considered one of the best strikers of all time, winning numerous championships with his former club, Bayern Munich, before joining FC Barcelona this season. He placed second in the Ballon d’Or race last year—coming in just behind superstar Lionel Messi—and has won multiple accolades, including Best FIFA Men’s Player Award and the European Golden Shoe. 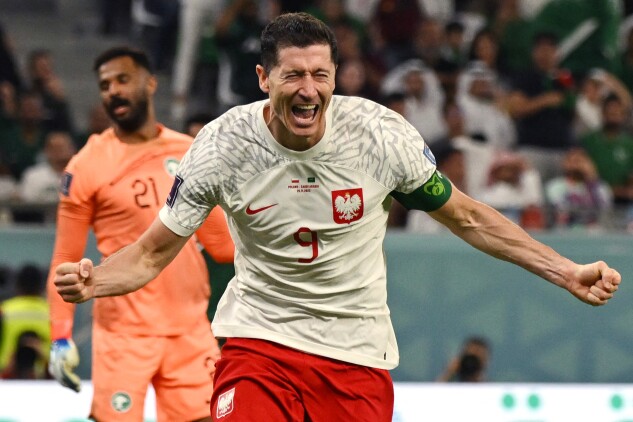 But fans who saw Lewandowski fall to the pitch in tears knew that it wasn’t just any goal. The all-time top scorer for Poland has been a member of the national team since 2008. And despite his distinguished career, he had never before found the back of the net at the World Cup.

I think we can all relate—maybe not on the world stage—but we’ve all had those big moments that, despite our other successes, still elude us. There’s always the one opposing counsel that you haven’t been able to beat, no matter how hard you work. Or the one client that you’ve never been able to win over, no matter how many hours you put in. Or the supervising partner that has never told you “good job” even when you go the extra mile.

In Lewandowski’s case, at age 34, he knew that he would not have many more chances. But once he did it, it was life-changing. About that moment, he said, “After I scored, everything that I had inside—the dreams and also the importance of the goal, and how I scored—all those dreams from childhood were fulfilled and came true.”

That’s why we keep at it, right? Because when you put in the effort, and you’re in the right place at the right time, things have the potential to come together like you dreamed it would. And when that happens? It makes it all worthwhile.

At Bloomberg Tax, we want to make it easy for you to score big. Our experts offer great commentary and insightful analysis on federal, state, and international tax issues to keep you at the front of the action—that’s our goal.

Prior to the Qatar World Cup, who made the most men’s FIFA World Cup tournament match appearances?
Answer at the bottom.

Sales tax is a requirement for interior designers, and the accounting part can be cumbersome. Working with an accountant or tax payment service can take some of the burden out of staying compliant, says Sherrell T. Martin of Nitram Financial Solutions.

The Oklahoma Supreme Court recently held in Kingfisher Wind LLC v. Wehmuller that federal production tax credits are not subject to property tax. BakerHostetler’s Mike Semes delves into the details of the case.

Now is the time for employers to reexamine their Employee Retention Credit claims and to proceed prudently in filing any new ones. If a claim is too good to be true, it might be what the IRS is warning about, say Kristin Balding Gutting, Troy Taylor, and Joshua Elliott of FORVIS.

As tax professionals consider the potential for tax loss harvesting opportunities in their clients’ portfolios, fixed-income should not be overlooked nor the role that actively-managed fixed-income exchange traded funds can play, says Capital Group’s Holly Framsted.

While foreign trusts may provide superior asset protection, they can create a tax quagmire for US citizens, residents, or entities, including corporations or partnerships, says Esquire Group’s Jimmy Sexton.

Aiki Kuldkepp of Grant Thornton Netherlands looks at the value-added tax obligations for online sellers and platforms in light of the new reporting requirements that will be introduced in the EU next year.

Diego Andrés Almeida and Ignacio Jijón of Almeida Guzmán & Asociados outline several tax developments in Ecuador resulting from a ruling by the Constitutional Court and other recent reforms, and review some issues that have impacted the economy.

Paul Falvey of BDO looks for positive news for UK businesses in the recent financial Autumn Statement and considers the challenges ahead in the quest for growth.

My Dang of Grant Thornton looks at the process of opening a representative office in Vietnam and explains why a foreign business may encounter difficulties when deciding to close its office.

At The Exchange, we welcome responses from our readers and encourage diversity and civil discussion. We are especially interested in responses that add to the conversation, or introduce a different point of view. If you have a response to one of our published Insights, we’d love to hear from you.

Cannabis industry participants face a tough battle under a litany of regulations that may not change much in the near future. Transfer pricing rules must be considered and acted on properly to avoid even more tax problems for these businesses, say AB FinWright’s Simon Menkes, Abraham Finberg, and Rachel Wright in this edition of “A Closer Look.”

What’s on Bloomberg Tax Insights’ wish list right now? For December, we’re hoping to end the year on a high note with a wrap-up of the year and a peek ahead. We’re interested in: What did you think was newsworthy in tax in 2022? What should we look out for in 2023? What should tax professionals do now to prepare for next tax season? We’re looking for a thoughtful take that will get tax professionals talking about next year—even before the calendar flips over.

Our Insights articles—about 1,000 words—are written by tax professionals offering expert analysis on current tax practice and policy issues, tax trends and topics, and tax and accounting firm practice and management. If you have an interesting, never-published article for publication, we’d love to hear about it. You can contact our Insights team at TaxInsights@bloombergindustry.com.

Sagging underneath credit card debt this holiday season? You may be tempted to try and negotiate it away. But before you settle any debt for less than what you owe, here’s what you need to know about the potential tax consequences.

When we speak of pretax income, we are disconnecting the idea of taxes as fees paid to purchase the opportunity for income and are obfuscating the terms of the contract we’ve all entered when we earn money. But income is only possible after services are received in exchange for taxes paid, Andrew Leahey writes.

It’s been a busy week in tax news from state capitals to Washington. Here are some stories you might have missed from our Bloomberg Tax news team.
*Note: Your Bloomberg Tax login will be required to access Tax News.

Pascal Saint-Amans, former director of the influential Centre for Tax Policy and Administration at the Organization for Economic Cooperation and Development, will join the University of Lausanne as a professor.

Ty Beasley has been named the chief talent officer of RSM US LLP, the firm said.

Kirstin Stewart has joined Grant Thornton as a partner in private business tax and advisory in Perth, Australia, according to the firm.

Ebonie Davis has joined has joined Lathrop GPM as counsel in the real estate and tax credit practice group in Kansas City, Mo., the firm said.

Joshua M. Sivin has joined Blank Rome as of counsel in the tax, benefits, and private client practice group in New York, according to the firm.

Jessica K. Bayne has joined Hahn Loeser & Parks LLP as an of counsel member of the trusts and estates practice area in San Diego, the firm said.

Meriem El-Khattabi and David Patterson have joined Eversheds Sutherland’s SALT team as associates with the tax practice group in Chicago and Washington, D.C., the firm said.

Our Spotlight series highlights the careers and lives of tax professionals around the world. This week’s Spotlight is on Kevin Flynn, Ernst & Young’s vice chair of tax for the Americas, based in San Francisco. 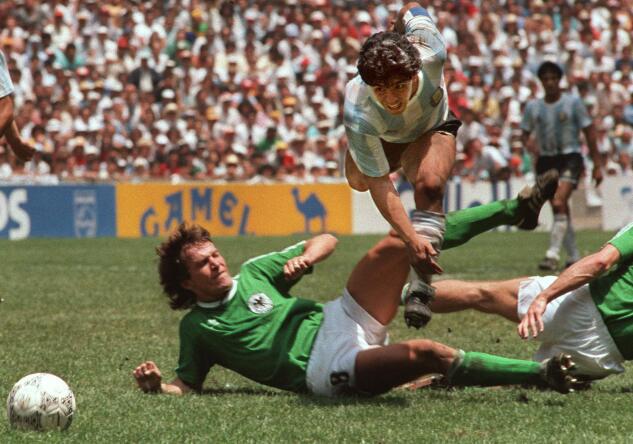 Lothar Matthaus of Germany leads the list with 25 appearances—that number doesn’t include appearances in World Cup qualifier events or pre-tournament qualifying playoffs. Next is Miroslav Klose, also of Germany, with 24 appearances. Paolo Maldini of Italy, Lionel Messi and Diego Maradona of Argentina, Wladyslaw Zmuda of Poland and Uwe Seeler of Germany round out the top five. (The last four are tied for fifth place.)

The numbers will look different next year as Messi, the only active player near the top of the list, is moving up.

We talk about tax a lot. But there’s a lot more that you might hear us talking about if you popped into one of our Teams meetings. Here’s a quick look at what some of us are watching, reading, and listening to this week:

Sign up for your free copy of our newsletter delivered to your inbox each week. Just head over to The Exchange and sign up using the green “Free Newsletter Signup” box at the top—or just go directly to the newsletter sign-up page.